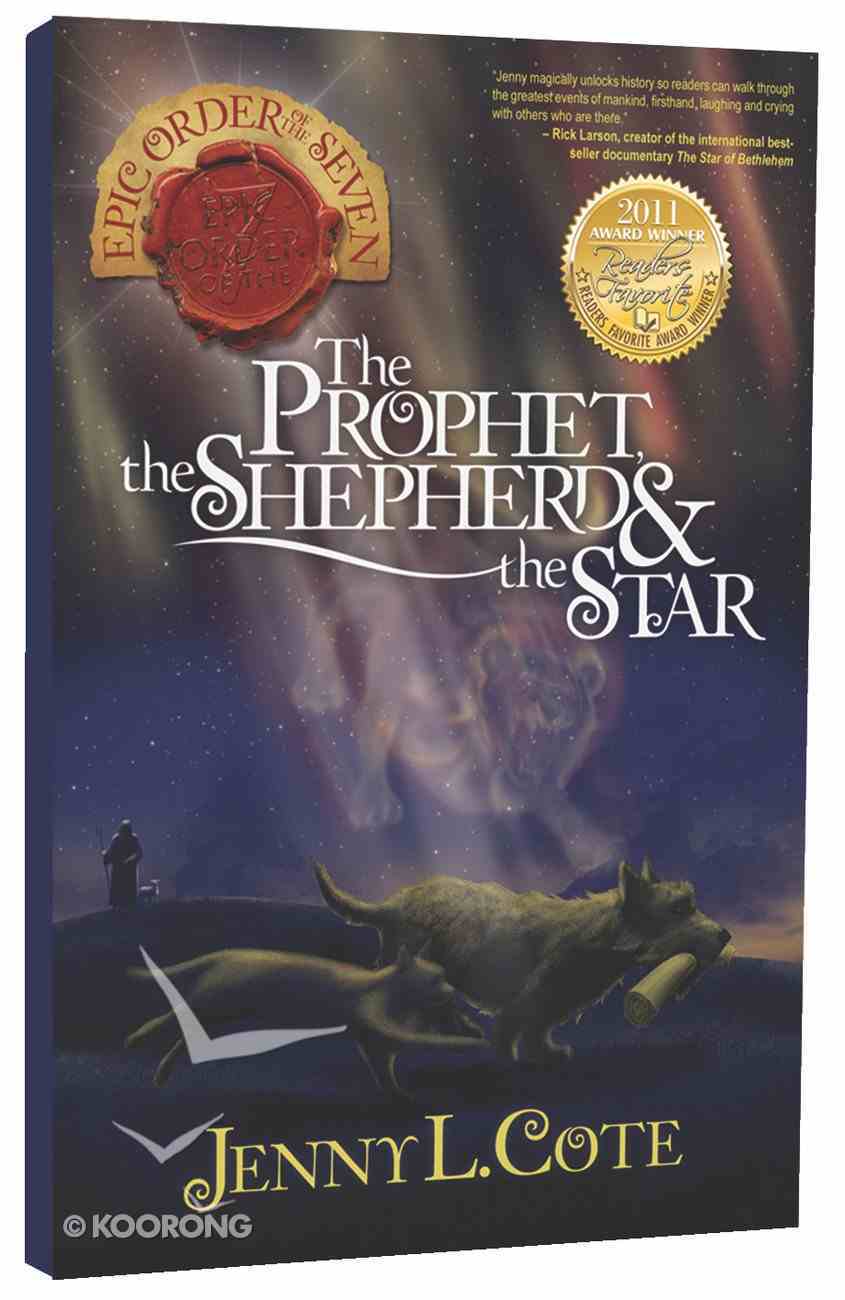 Prophet, the Shepherd and the Star, the (#01 in Epic Order Of The Seven Series)

The Prophet, the Shepherd, and the Star launches the Epic Order of the Seven series,picking up where The Amazing Tales of Maxand Liz left off. The Maker has been building ateam of animal friends for thousands of yearsto be his envoys for pivotal points of history.

With this new, critical mission, the team will finally be completed by Messiah and known forevermore as the Order of the Seven. A talking, musical scroll, a pigeon-flyingand-camel-driving mouse, a writing cat, a courageous lamb, and two lion-fighting dogs provide non-stop action in this adventure that brings the Christmas story to life as never before. You will be astounded at the accuracy and perfection of the prophecies and God’s unfolding plan to bring Jesus into the world.

The seven hundred–year mission begins long before the Nativity, as animal friends Max, Liz, Al, Kate, and Nigel work with Isaiah, who prophesies about the coming Messiah. The team intervenes with the Assyrians that threaten to take Jerusalem and prove Isaiah’s prophecies false. They go with faithful Daniel and friends into the Babylonian captivity for the heart-pounding thrills of the fiery furnace and the lions’ den. They meet Gabriel as he appears to Daniel, and hide a secret scroll of prophecy for the wise men to someday discover as they study the Star. The book climaxes with the unfolding Christmas story as the animals once again see Gabriel with Zechariah, Mary, Joseph, and the shepherds.
Experience the hardships of Mary and Joseph as they obediently accept their calling to parent Messiah. Joyfully watch God provide for their every need through a lovable Jewish rabbi who dares to believe them and an unlikely Roman soldier who protects them. The shepherds and the wise men never know their steps are guided by these small animals that lead them to baby Jesus. Relentless in his pursuit is the evil lion, who seeks to devour them and stop the unfolding events leading to Messiah’s birth.