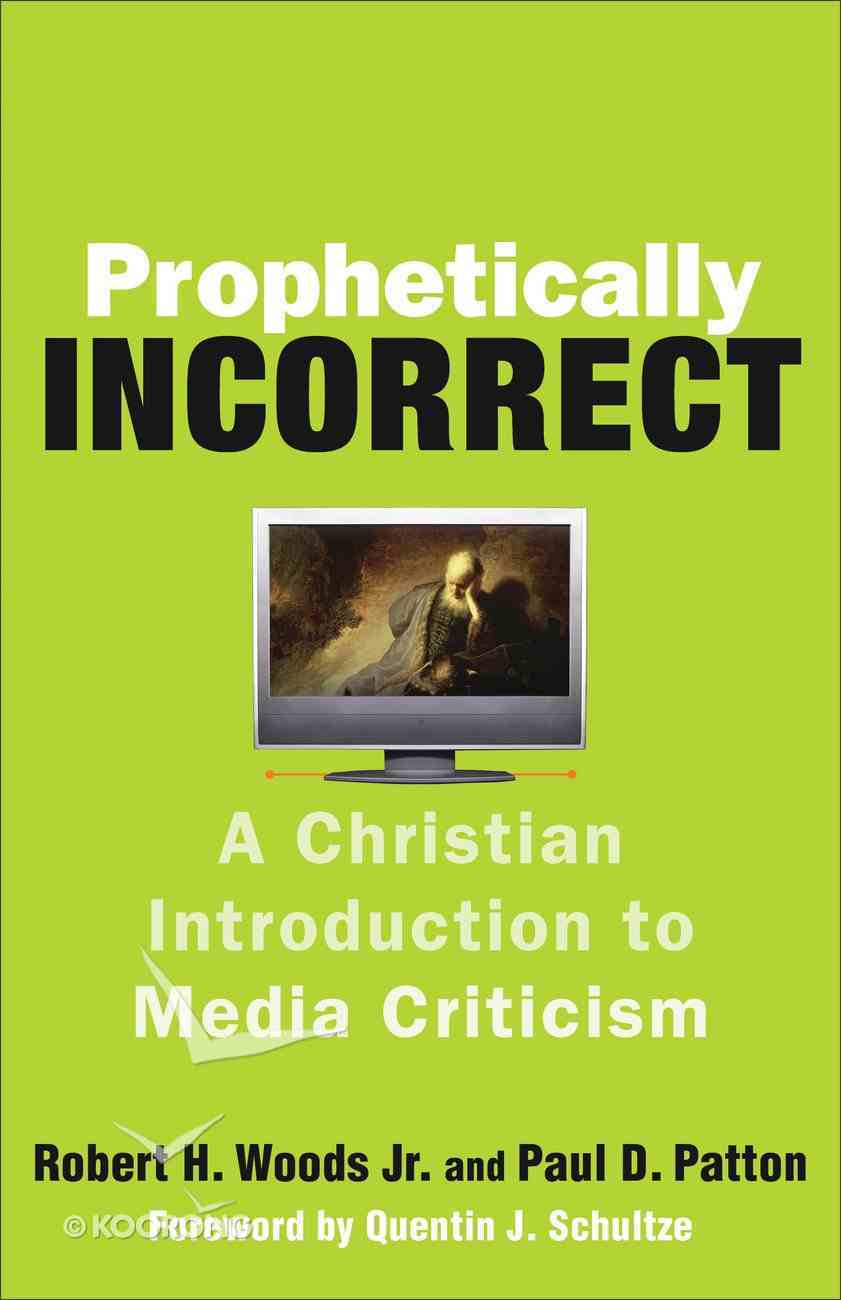 The Bible contains plenty of prophetic speech, but the title of "prophet" today is often used to describe those outside the biblical record: novelist Mark Twain, songwriter Bob Dylan, British poet William Blake, and legendary filmmaker Ingmar Bergman have each...

The Church of Us Vs. Them
David Fitch
eBook

The Church of Us Vs. Them: Freedom From a Faith That Feeds on Making Enemies
David Fitch
Hardback

Of Games and God: A Christian Exploration of Video Games
Kevin Schut
eBook

Prey Tell: Why We Silence Women Who Tell the Truth and How Everyone Can Speak Up
Tiffany Bluhm
Paperback

The Bible contains plenty of prophetic speech, but the title of "prophet" today is often used to describe those outside the biblical record: novelist Mark Twain, songwriter Bob Dylan, British poet William Blake, and legendary filmmaker Ingmar Bergman have each been dubbed a "prophet." However, there is little consensus about what the word "prophetic" means as it relates to communication. How does prophetic communication differ from prophecy? In a media-saturated age when many claim to speak for God, how can we evaluate the avalanche of supposedly prophetic speech? How can we communicate prophetically within a culture characterized by ideological division? ^Prophetically Incorrect argues that we must understand the priestly role of media before focusing on the prophetic. Media confirm everyday cultural assumptions and help propagandize political and religious establishments on both the right and the left. Using vivid examples, this book offers Christian communicators an integrated theology of culture and a model of communication that equips them to create, critique, and consume popular media. It helps readers discern when to communicate prophetically and how to do so biblically and effectively. The book also provides practical suggestions for faithful communication and enables readers to think critically about communication technology.
^^This provocative book will be a valuable resource for communication and speech courses at Christian colleges and universities, pastors and other Christian communicators, journalists, and media critics.^ ^"Woods and Patton take on a big theme, probe deeply and carefully, and require attentiveness from the reader. In the end the reader is summoned to engage, think, and decide. The authors are aware of the totalizing impact of the media in our culture, and offer a self-aware, prophetic critique of that pretense. They move easily between popular culture and prophetic tradition, doing so in a puckish, knowing manner that engages and delights. For the knowing reader, this prophetic foray echoes and replicates Jeremiah's savage truthfulness against the temple of his day; only now the temple exists in the liturgies of sitcoms, professional sports, advocacy news, and infomercials. The hunger for truth voiced here is an urgent one."
--Walter Brueggemann, professor emeritus of Old Testament, Columbia Theological Seminary


^ ^"Prophetically Incorrect presents the radical possibility that a moral accounting is and always has been inescapably human. Social health and personal wellbeing keep it at the very center of entertainment, storytelling, and education. In turn, Woods and Patton offer a powerfully consistent argument that leads readers to ask--whether about U2 or Lady Gaga--what's the moral point? The authors' 'prophetic' angle is that moral claims are different from common first impressions or gut hunches. Clear-headed and intellectually competent, these authors want seats at the Cynics' Cafe, the Debate of the Disenchanted, and the Church Council--all of which will be challenged by their presence."
--Mark Fackler, professor of communications, Calvin College


^ ^"A characteristic fault of prophets is that they are so damn clear, and I use that theologically explosive word intentionally, for prophets speak uneasy truth to a complacent world slipping into damnation. Authors Robert H. Woods and Paul D. Patton have crafted a cogent argument for the prophetic imagination. Part cultural critique and part classical devotional, Prophetically Incorrect strikes with keen and accurate insight and disturbs our tiny universes."
--Terry Lindvall, C. S. Lewis Chair of Communication and Christian Thought, Virginia Wesleyan College^
-Publisher.


The Bible includes prophetic speech and at times the church and its representatives are called to speak prophetically. But in our media-saturated age when many claim to speak for God, how can we evaluate the avalanche of supposedly prophetic speech? What does it mean to truly be prophetic? And when Christians should speak prophetically, how can they do so in a biblical and effective way? Using vivid examples, this book offers clear guidelines for creating, critiquing, and consuming popular media, as well as practical suggestions for faithful communication. It also helps readers think critically about communication technology. The book includes a foreword by Quentin Schultze and a preface by Clifford Christians.
-Publisher

Paul D. Patton (Ph.D., Regent University) is associate professor of communication at Spring Arbor University in Spring Arbor, Michigan. He is a contributing author to Understanding Evangelical Media and co-author of Prophetically Incorrect: A Christian Introduction to Media Criticism with Robert H. Woods, and is an accomplished playwright, actor, and director.