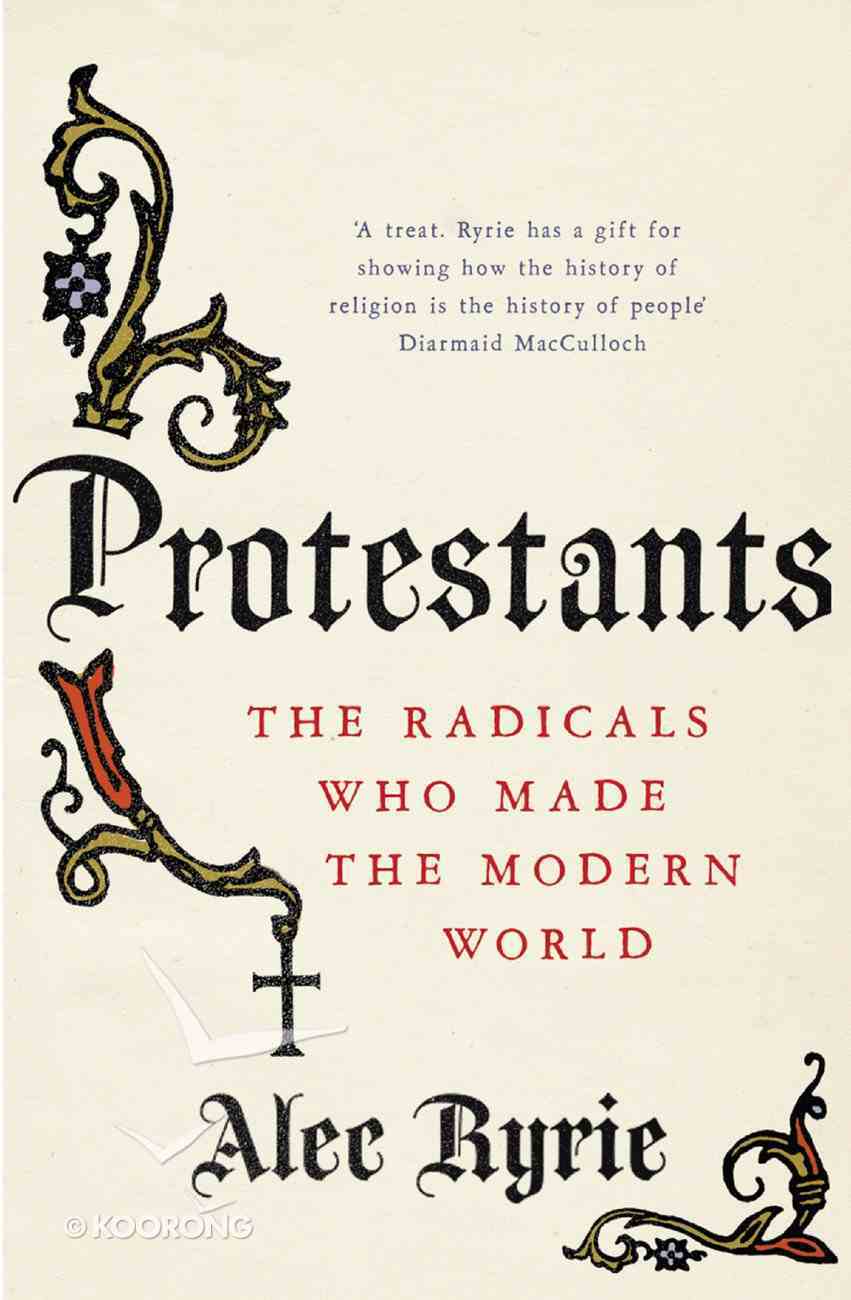 Protestants: The Radicals Who Made the Modern World

Protestant Christianity began with one stubborn monk in 1517. Now it covers the globe and includes almost a billion people. On the 500th anniversary of Luther's theses, a global history of the revolutionary faith that shaped the modern world. ...

Protestant Christianity began with one stubborn monk in 1517. Now it covers the globe and includes almost a billion people. On the 500th anniversary of Luther's theses, a global history of the revolutionary faith that shaped the modern world.


Five hundred years ago an obscure monk challenged the authority of the pope with a radical vision of what Christianity could be. The revolution he set in motion inspired one of the most creative and destructive movements in human history. It has toppled governments, upended social norms, and transformed millions of people's understanding of their relationship with God. In this dazzling global history of innovation and change, Alec Ryrie makes the case that Protestants made the modern world.


'Protestants' introduces us to the men and women who defined and redefined this quarrelsome faith. Some turned to their newly accessible Bibles to justify bold acts of political opposition; others to support a new understanding of who they were and what they could and should do. Above all, Protestants were willing to fight for their beliefs. If you look at the great confrontations of the last five centuries, you will find Protestants defining the debate on both sides: for and against colonialism, slavery, fascism, communism, women's rights, and more. Protestants have also fought among themselves. What unites them all is their passion for God and a vital belief in the principle of self-determination. Protestants are people who love God and take on the world.


Protestants have set out for all four corners of the globe, embarking on courageous journeys into the unknown to set up new communities and experiment with new systems of government. Protestants created America and defined its special brand of entrepreneurial diligence, but they also can be found behind the brutality of apartheid and Nazi Germany. They are resourceful innovators, making new converts every day in China, Africa, and Latin America. Whether you are yourself a Protestant, or even a Christian, you live in a world, and are guided by principles and ideas, shaped by Protestants.

Gold title
* A major new history marking the 500th anniversary of the Protestant reformation of the Church, told by a leading academic in the field, Durham University's professor of the history of Christianity.


* Broader than all other anniversary publications; rather than just telling the story of Luther, it sets the story of Protestantism in a global, epic style. It is the only comprehensive chronicle of the movement.


* Alec Ryrie is a protégé of Diarmaid MacCulloch, author of The History of Christianity (23k HB; 33k PB)


* Print and online reviews and features

Alec Ryrie is Lecturer in Modern History, University of Birmingham.