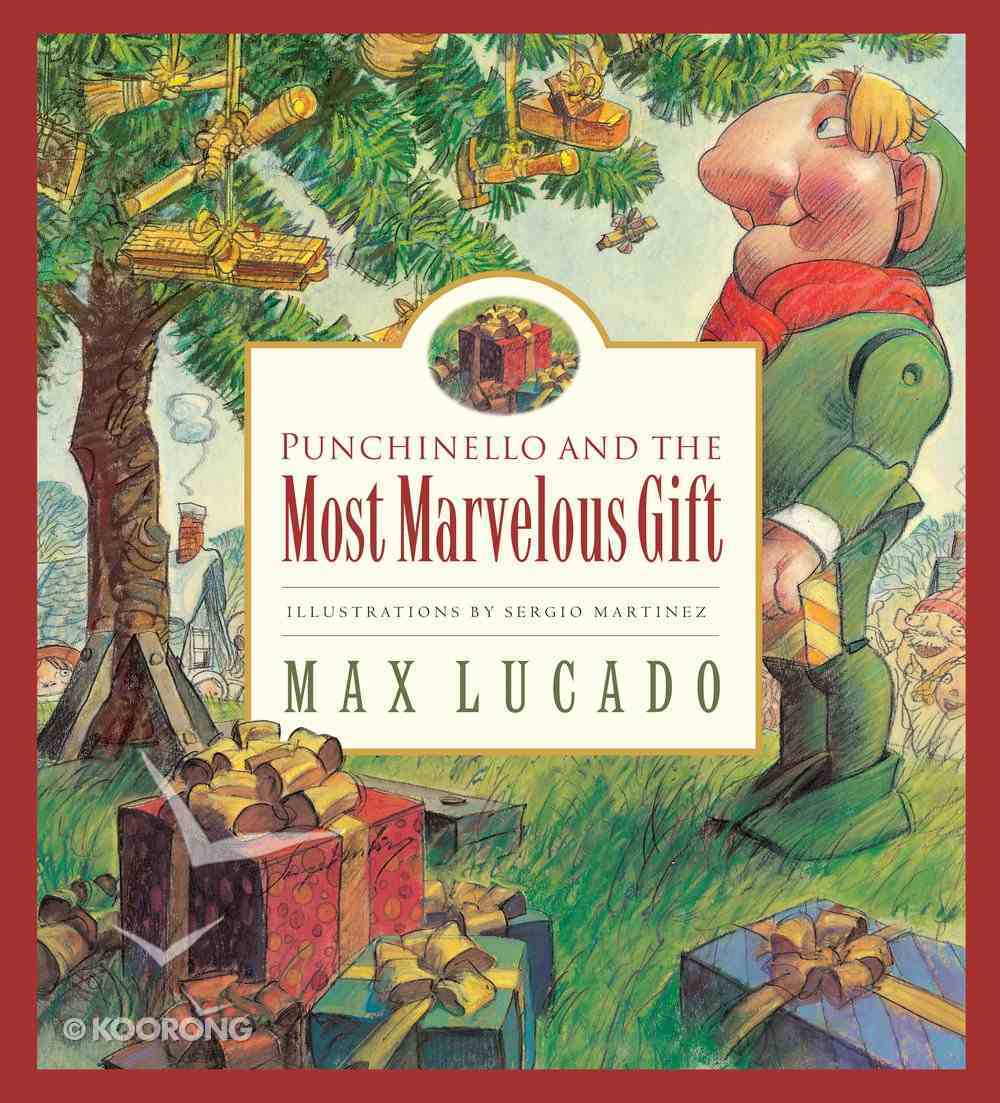 Punchinello and the Most Marvelous Gift

The Maker-Day Festival brings out the best that Wemmicksville has to offer. The best cake, the best bouquet, and the best music. But when Punchinello's disastrous mistake threatens to ruin the festival, all the Wemmicks discover the most marvellous gift....

Garden, Curtain and the Cross, The: The True Story of Why Jesus Died and Rose Again (Tales That Tell The Truth Series)
Carl Laferton, Catalina Echeverri (Illus)
Hardback

Best of All
Max Lucado
Hardback

If Only I Had a Green Nose
Max Lucado
Hardback

The Maker-Day Festival brings out the best that Wemmicksville has to offer. The best cake, the best bouquet, and the best music. But when Punchinello's disastrous mistake threatens to ruin the festival, all the Wemmicks discover the most marvellous gift. And they all sing out: "We like you! We love you! We all agree - without you, Eli, there'd be no we!"
- Publisher.

When several Wemmicks try to outdo each other to come up with the best gift for Eli the woodcarver on Maker-Day, Punchinello's simple song saves the celebration.
-Publisher

The bustle of Maker Day has taken hold of Wemmicksville---and everybody has a different opinion about what the festivities are all about. The mayor says, "It's shopping!" No! It's my concert! It's my solo! It's my wreath! When Punchinello accidentally ruins things, the townsfolk discover it's the Maker they're celebrating.
-Publisher

With the Maker-Day Festival fast approaching, Punchinello wants to do something really big for Eli, the woodcarver. But everyone else he meets in Wemmicksville is also trying to make the best contribution to the festival. ^Hans believes that his seven-layer chocolate cherry truffle cake with double butter-cream frosting will be the best part, but Violet is sure her bountiful bouquet will come out on top. Lucia knows her vocal solo will make the day, and Dr. Marvel is eager to show off his magnificent Marvellaphony-organoni. What can Punchinello do? ^When all of Wemmicksville gathers for the unveiling of the cake and the bouquet and Lucia's solo, Punchinello accidentally destroys the cake, the bouquet, and the Marvellaphony-organoni What could have been a disaster results in the marvelous gift, and the people of Wemmicksville realize that Maker-Day is not about a cake or a bouquet--it's all about Eli.
-Publisher

Deborah Hedstrom-Page is the author of many books. She speaks at women's events and also teaches writing. After fifteen years of widowhood and raising four children as a single parent, Hedstrom-Page recently married a pastor and lives in Springfield, Oregon. ý Sergio Martinez is best-known for his illustrations in books by Max Lucado ("You Are Special"). His paintings are exhibited around the world, and he lives in Mexico City.

Wemmicks: Punchinello and the Most Marvelous Gift (Wemmicks Collection)
Max Lucado
Board Book

I'm Not a Scaredy-Cat: A Prayer For When You Wish You Were Brave
Max Lucado, Shirley Ng-benitez (Illus)
Hardback

It Will Be Okay
Lysa Terkeurst
Hardback