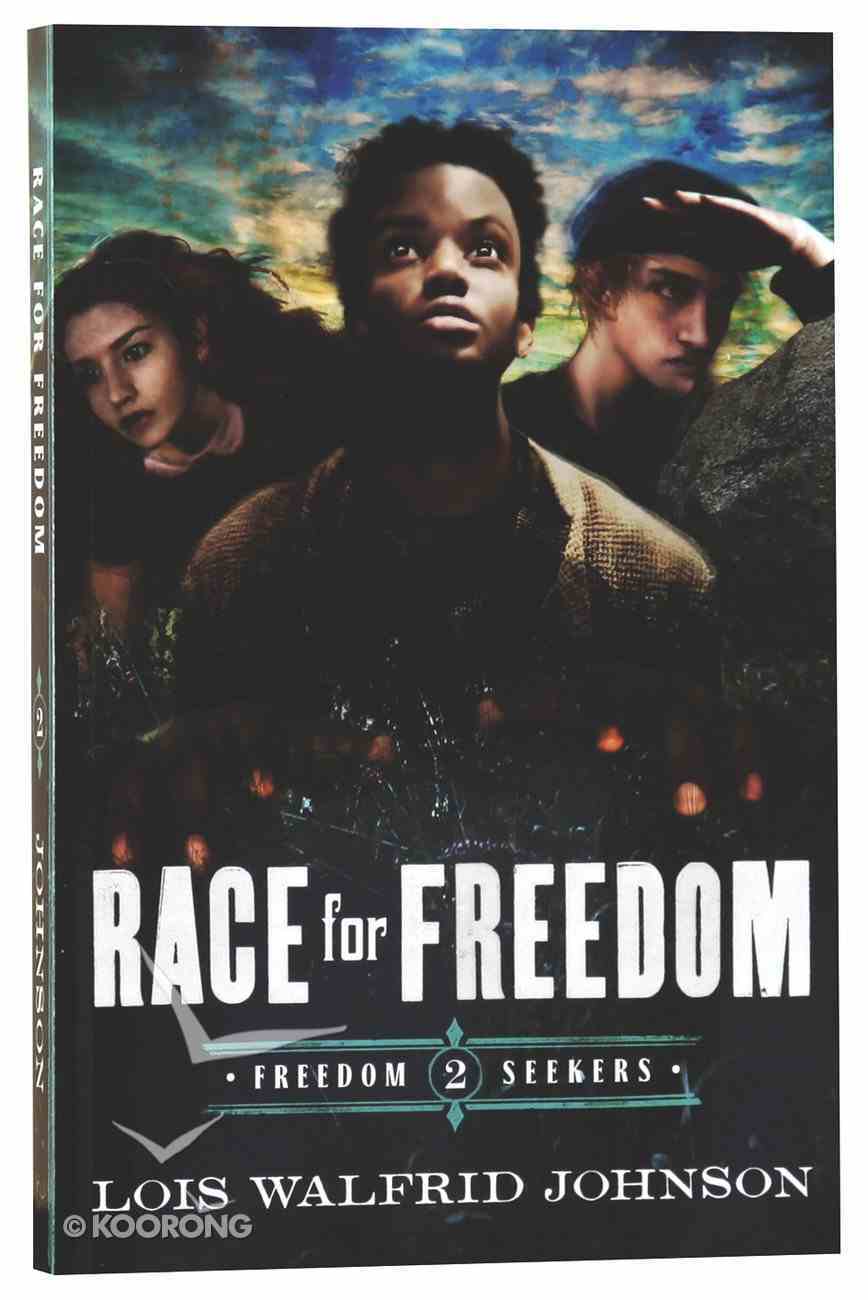 Late at night, as the Christina puts out into the Mississippi River, Caleb and Libby keep watch on deck. Close by, the runaway slave, Jordan, creeps forward without a sound. Drawing near the lantern, he stops, as if afraid...

19 available
Expected to ship on Monday from Australia.
Learn More
Free Shipping
for orders over $99.

Late at night, as the Christina puts out into the Mississippi River, Caleb and Libby keep watch on deck. Close by, the runaway slave, Jordan, creeps forward without a sound. Drawing near the lantern, he stops, as if afraid to enter the circle of light.

On the streets above them no one stirs. Then a dark shape steps from the shadows.

Jordan moans. "It's Riggs!" (The slave-trader.) The cruelest man Caleb knows. Jordan's owner stepping out, so they know he's on their trail.

From that moment the Freedom Seekers can never forget that because of a fugitive slave law Jordan can be taken back into slavery, even from a free northern state. Nor can they forget that if Captain Norstad is caught hiding a fugitive he can lose the Christina. Then Elsa, a new-found immigrant friend, faces illness and possible death.

Will Libby's need for courage bring her to the Lord who promises, "Do not fear, for I am with you"? Can the Freedom Seekers live the courage that offers life, liberty, and the pursuit of happiness to every person? Can they go beyond fear to put that courage into practice?

As steamboats race for St. Paul, stakes are high. To escape capture, Jordan makes a mighty leap. In a time when captains did not stop for a man overboard, will Jordan survive his fall into icy waters?


The Freedom Seekers series is a six-novel middle-reader set in 1857. Feel the rush of immigrants to the new land, and the dangers of the Underground Railroad in these true-to-life riverboat stories.The characters will receive a heart-warming response from readers of all ages.&Adult readers will ask themselves, "Would I have been one of those who helped runaway slaves?" Lois Walfrid Johnson uses strong historical research, great writing, and wonderful storytelling to bring alive a critical time in American history.