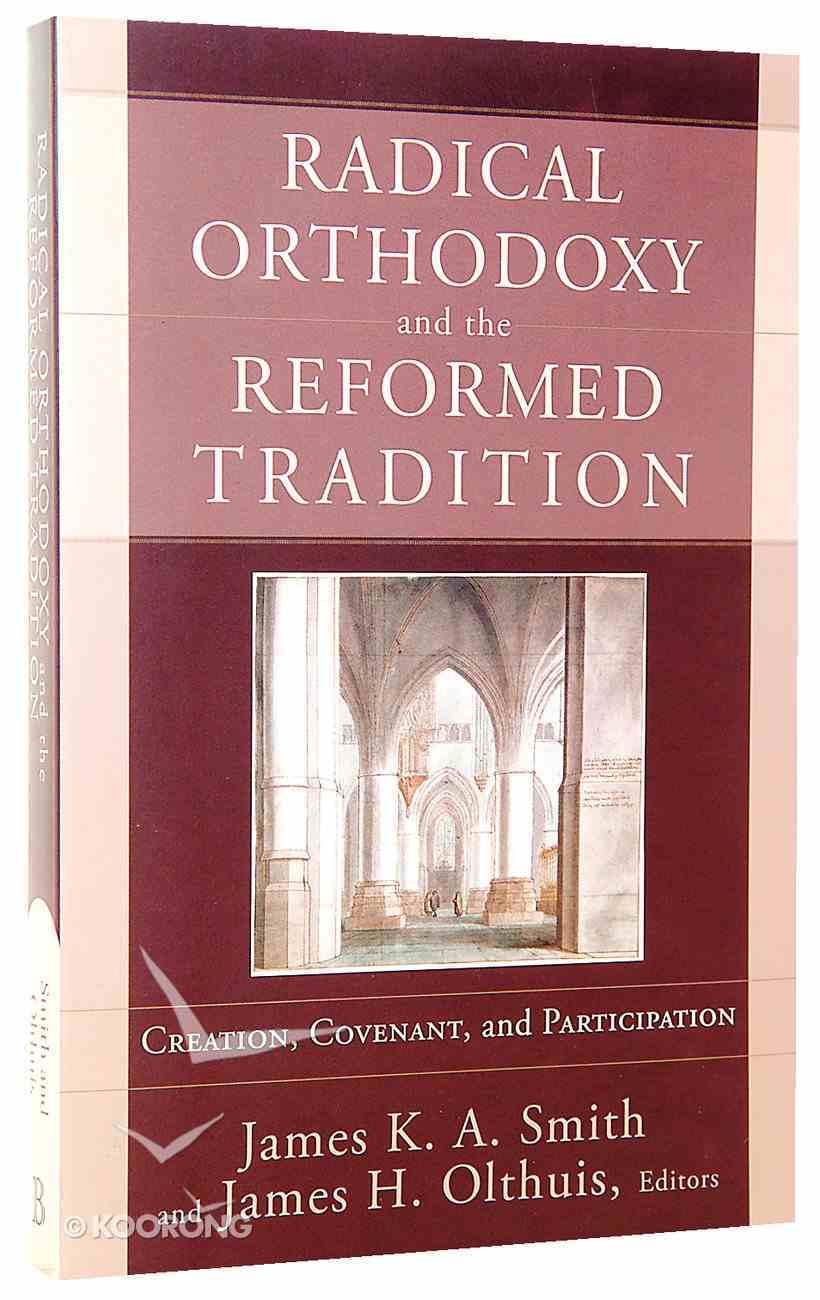 Radical Orthodoxy and the Reformed Tradition

In this timely and illuminating book, leading scholars compare the differences and points of convergence between the growing Radical Orthodoxy movement and the Reformed tradition. Covenant theology, cultural theory, and the material world's participation in transcendence, are just some of...

Csrt: The Lord's Supper in the Reformed Tradition: An Essay on the Mystical True Presence
John W Riggs
Hardback

In this timely and illuminating book, leading scholars compare the differences and points of convergence between the growing Radical Orthodoxy movement and the Reformed tradition. Covenant theology, cultural theory, and the material world's participation in transcendence, are just some of the hot topics covered in this fascinating debate. 304 pages, from Baker.

In this work, leading scholars compare the differences and points of intersection between the growing Radical Orthodoxy (RO) movement and the Reformed tradition. This timely discussion deals with many of the hot topics currently being debated in theological and philosophical circles, including the material world's participation in transcendence, aesthetics, politics, covenant, and cultural theory. It represents an emerging willingness among proponents of RO to examine and engage the Dutch Reformed tradition, and also reflects the growing influence of RO on the Reformed tradition. This book will be enjoyed by scholars concerned with the intersection between RO and the Reformed tradition. A companion book to Smith's recently published Introducing Radical Orthodoxy, it will also be of interest to students of philosophy and theology.
-Publisher

James K. A. Smith is Professor of Philosophy at Calvin College in Grand Rapids, Michigan.

For the Body: Recovering a Theology of Gender, Sexuality, and the Human Body
Timothy C Tennent
Hardback