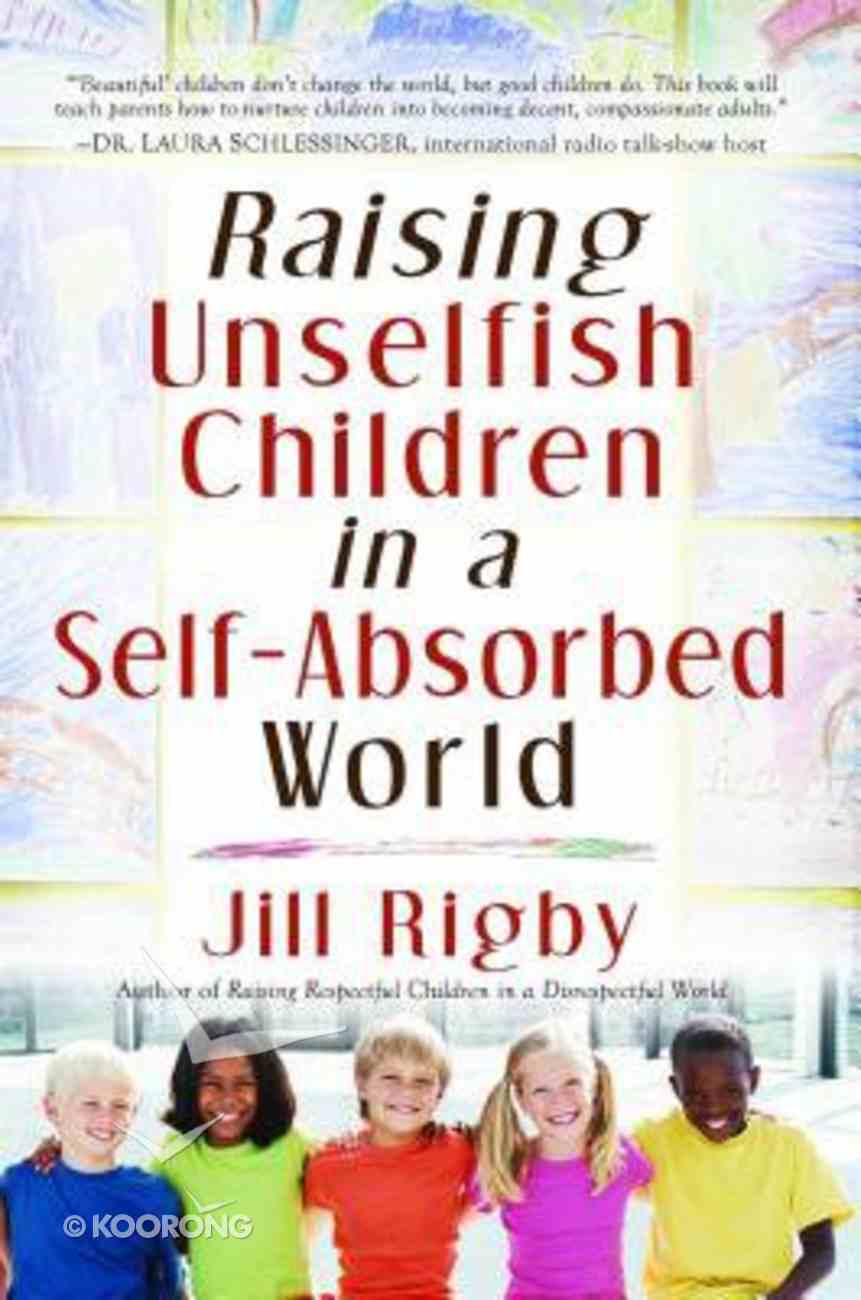 Child expert Jill Rigby reveals the dangers of the self-esteem parenting philosophy and offers an alternative approach that teaches children to respect both themselves and others.^After decades of experimenting with child-focused parenting, parents are beginning to realize that the result...

Give Them Jesus: Raising Our Children on the Core Truths of the Christian Faith
Dillon T Thornton
Paperback

Give Your Child the World: Raising Globally Minded Kids One Book At a Time
Jamie C Martin
Paperback

Child expert Jill Rigby reveals the dangers of the self-esteem parenting philosophy and offers an alternative approach that teaches children to respect both themselves and others.^After decades of experimenting with child-focused parenting, parents are beginning to realize that the result is often self-centered children who tend toward narcissism, selfishness, mediocrity, and dysfunction. Rigby espouses a new goal of parenting: gently bumping children off self-center and teaching them to be unselfish givers instead. "Raising Unselfish Children in a Self-Absorbed World" dares to revisit the values of compassion, forgiveness, thanksgiving, and unselfishness and insists that we can instill these values in our children.^With her encouraging approach, Rigby helps parents realize it's never too late to change their children's point of view and equip them to interact with kindness and respect in a world outside themselves. Teaching concepts, such as developing a passion for compassion, l
-Publisher

Introduction I began the journey of understanding children twenty-five years ago when my identical twin sons were born. Those five-pound sacks of sugar filled our home and consumed my life in one glorious moment. Before their arrival our house was a comfortable, peaceful place for two adults working together to find their way through school, marriage, and life. After our children's birth our quiet home became a busy nursery. Two swings replaced an overstuffed chair in our tiny living room. Two, yes, two playpens lined the wall opposite the swings. Two high chairs filled the breakfast nook, leaving us just enough room to squeeze past the chairs on our way to the kitchen. My daily ritual of rising early to see my husband off to work, dress, and then head out to conquer the world of interior design was radically changed. The cost of daycare for two trumped my salary. Our pocketbook and our hearts told us I needed to spend my days at home with our sons, a decision for which I have been forever grateful. I traded in my business suits for jogging suits and replaced discussions of new sofas and fabrics with talk of potty training methods and changing "poopy" diapers. Despite the new challenges and odors, which could be downright disgusting, I loved being a mom. I found great dignity in changing those diapers. I now had a higher calling to give of myself in raising two little boys who would one day become men who would give of themselves to the world. I was filled with more questions than I ever had in design school. Who could I turn to with answers to my parenting questions? My own mother, of course. She offered her experiential wisdom and then recommended I use my one-track mind to my advantage. I set my one-track mind in motion and became focused on parenting. I read everything I could find -- from Dr. Spock to Dr. Dobson. From Penelope Leach to Terry Brazelton. I read deep psychological perspectives on the evolution of child-rearing in America and easy-to-read commonsense commentaries about raising "happy" children. If a book was in the parenting section, I pulled it down and devoured it. What did I learn? Truth be told, after reading what the experts had to say, this first-time mom had more questions than answers. Should I put my babies on scheduled feedings, as my mother and grandmother had done, or should I feed them on demand, per the advice of current experts? One insisted that my sons needed to know the alphabet by the age of two, their addition tables by the age of three, and that theyhad toread by the age of four or they would never succeed in school. Another said that children need free play, and lots of it, to be prepared for socialization in school. It seemed the experts disagreed on every issue but one. There was a consensus that children need to feel good about themselves. In many ways I bought into this philosophy. That is, I did until my sons entered kindergarten and I began to see the results. My attempts to reason with my five-year-olds created half-hour discussions that left me exhausted and my sons just as confused about what I had asked them to do as they had been thirty minutes earlier. When I allowed my sons to choose their menu for dinner, our mealtimes were often miserable because invariably they chose something we didn't have on hand, became upset, and then refused to eat anything else. I was trying my best to let my children decide what they wanted to do when they wanted to do it, as the experts had instructed, but I was beginning to think that maybe this instruction was nonsense. Then, when I read that I would damage my sons' self-esteem if I didn't applaud them with a "good boy" and a treat every fifteen minutes, I knew that what I'd been reading was ridiculous. I wanted to raise sons who would become productive members of society, not puppy dogs who only did as they were told in order to receive a treat. I didn't want my children to expect speci
-Publisher

Jill Rigby is an accomplished speaker, columnist, television personality, family advocate, and founder of Manners of the Heart Community Fund, a nonprofit organization bringing a return of civility and respect to our society. Whether equipping parents to raise responsible children, encouraging the education of the heart, or training executives in effective communication skills, Jill's definition of manners remains the same -- an attitude of the heart that is self-giving, not self-serving. She is the proud mother of twin sons who testify to her contagious passion.