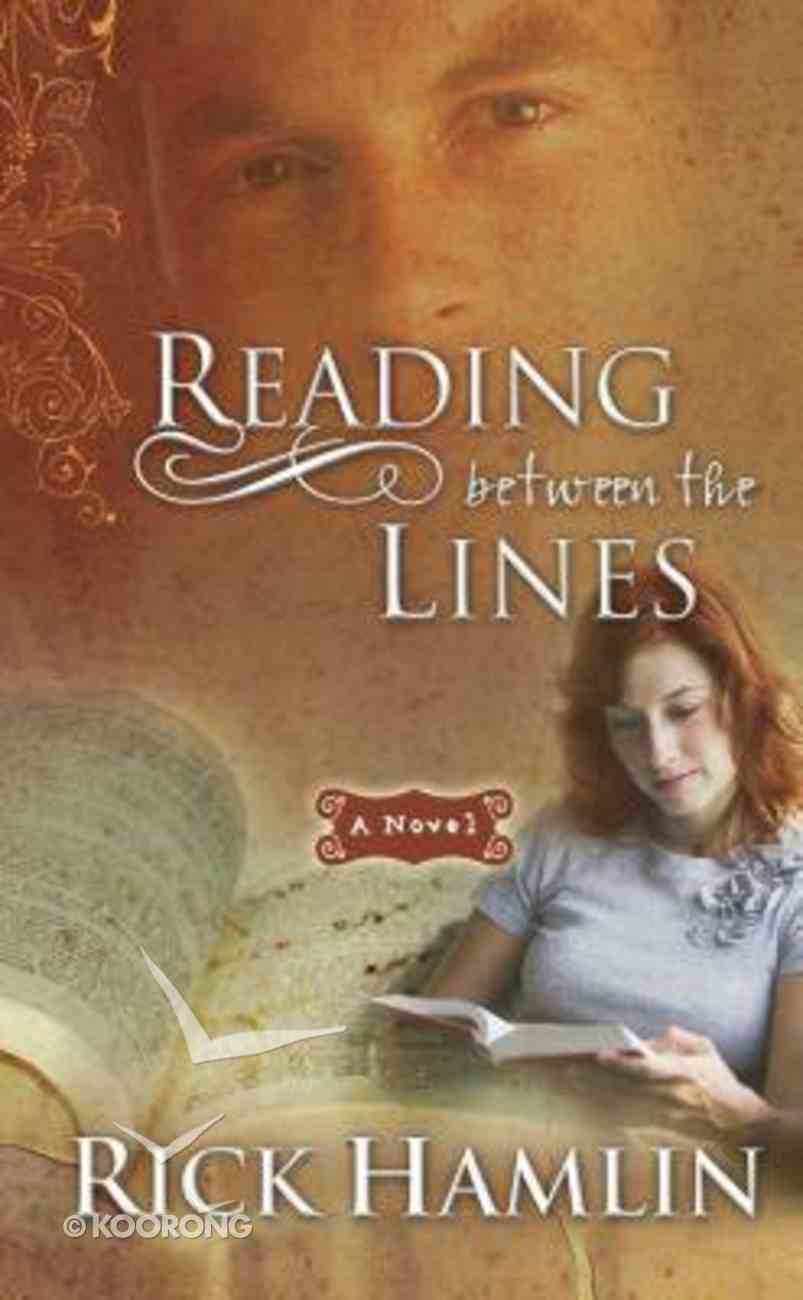 Reading Between the Lines

Chapter One Elizabeth Ash tiptoed past the long table of kitchenware -- knives, serving spoons, eggbeaters, and Tupperware -- as though she might awaken their owners' ghosts. She paused at a set of measuring cups that was missing the one-cup...

Chapter One Elizabeth Ash tiptoed past the long table of kitchenware -- knives, serving spoons, eggbeaters, and Tupperware -- as though she might awaken their owners' ghosts. She paused at a set of measuring cups that was missing the one-cup measurement. Picking up a set of copper measuring spoons, she dangled them from one hand like a pair of castanets.She wasn't in need of any bargains. She hardly had room for anything. She lived on the third floor of a brownstone. One oddly shaped room that had to serve as living room, bedroom, rehearsal space, and studio when she gave flute lessons. Its principal virtues were a high ceiling, two tall windows that faced south, and a deaf neighbor in the apartment next door. She could practice at all hours until the woman across the garden called to complain.An apartment like that hardly allowed for a rummage sale. What could Elizabeth do with the laminated wood sideboard that stretched against one wall? And where would she put a velvet sofa that could unfold into a queen-sized bed? She might have room for a magazine or two. She remembered making a Christmas tree once out of an oldReader's Digestby folding over the edge of every page and spray-painting the whole thing green. But she didn't feel very crafty, and Christmas had come and gone.Then there were the books."Books furnish a room," her mother used to say. An aphorism that never made much sense to Elizabeth until she moved to New York and tried to make do on a freelance musician's spotty earnings. Books would have to furnish her room.And they did...double-stacked in one tall bookcase in her living room/bedroom. Stacked horizontally and vertically in a narrow bookcase in her narrower kitchen. Books in the bathroom -- those that didn't risk getting damaged by the steam from her shower. Art books and musical scores stacked on the floor so they could form a coffee table.Now she looked greedily at the table of books at the rummage sale. Maybe there was something here."The last thing you need is more books," her friend Dorothy Hughes said."There might be something here I'd like to read.""You can get what you need at the library.""All the good books are always checked out at the New York Public Library. That's why I buy them.""And let them fill up your apartment." Dorothy ran her finger through her thick, perfect-for-a-shampoo-commercial hair. She usually wore it in a ponytail, but today she wore it loose -- probably to look more alluring."I reread them." Elizabeth could reread anything she liked. She could even reread a murder mystery and pretend to forget who had committed the crime."A sure sign that you don't get out enough. Remember, we're not just here to buy. We're here to meet people."It was Dorothy's conceit that two single women together were more likely to "meet people" than one single woman by herself, and therefore in the last few months she was forever dragging Elizabeth to events where they could socialize. Play readings, art openings, book signings.Elizabeth scanned the crowd. "Who are we going to meet in a church basement?""All sorts come to rummage sales. Look at that guy over there. You could meet him."A tweedy type lingering over a table of garden appliances. Trowels, clippers, hoes, gloves, and pots. Window boxes for fire-escape gardens.Elizabeth turned to her friend. "Doesn't really look like he's here to 'meet people.'""You can't know until you talk to him." Dorothy smiled radiantly so her dimples showed. She crossed the room.Leave it to Dorothy to do the meeting,Elizabeth thought. She wasn't in the market to meet anyone. She would rather look at the junk.It was a wonder what people held on to. A cigar box full of bolts, nuts, rubber bands, broken pencils, a shard of pottery, canceled stamps, and paper clips. A card table cluttered with jewelry. A tie pin, a beaded bracelet, a brooch with a huge fake eme
-Publisher

Sought after by every agent and actress in New York, handsome casting director James B. Lockhart Jr. is at the top of his craft.
Red-haired beauty Elizabeth Ash lives in a third-floor apartment and earns her living as a flutist.

Both have loved deeply...but things haven't turned out as they'd hoped.
Then Elizabeth discovers a story scribbled in purple ink in the margins of some old novels at a nearby church thrift shop. It moves her like nothing else has...and makes her long for something more.


Jim has spent months mired in the past. Now he hopes to start a new chapter in his life...create a new beginning. But is that really possible after all this time? Or is it too late?

Hamlin is the managing editor of Guideposts magazine. He is a graduate of Princeton University. He worked as a professional actor and singer before beginning his writing career.

Grace in the Desert (#04 in Grace Series)
Christine Dillon
Paperback