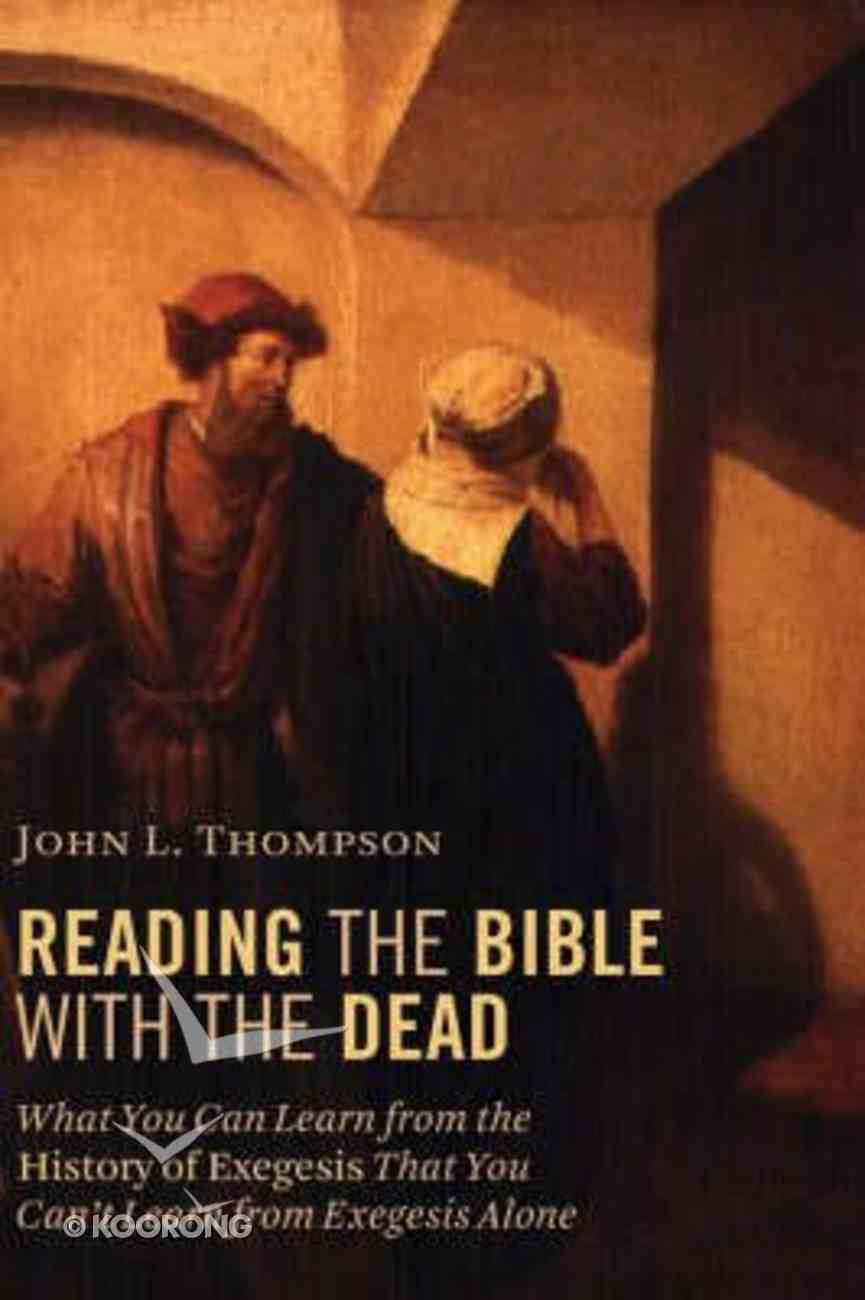 Reading the Bible With the Dead

John Thompson writes "Once upon a time, in the early days of my own doctoral studies, I had a plan to study the hermeneutics of the Reformers — to find and describe the elegant theories by which Protestants rediscovered the...

Reading Scripture With the Church Fathers
Christopher A Hall
Paperback

John Thompson writes "Once upon a time, in the early days of my own doctoral studies, I had a plan to study the hermeneutics of the Reformers — to find and describe the elegant theories by which Protestants rediscovered the gospel and, I would have argued, read the Bible so much better than their predecessors. Dissertations, of course, have to justify their existence by finding something new or by finding a new angle, so I began to wonder what Calvin's hermeneutics would look like if I studied how he handled some of the less-usual topics and texts in theology.

That study led me to begin to reverse the hermeneutical question — to look more at the practice of biblical interpretation rather than at the theories of interpretation or inspiration. The Bible's neglected texts are often ideal for this purpose, because they force commentators and preachers either to form an opinion or else skip over the text altogether. I found myself gravitating towards these difficult texts, then, as a way of seeing how these theologian's theories and hermeneutics function in the field, and when under stress — when the text is itself very difficult or when the topic is one like divorce, where the application of the Bible's teachings is both urgent and excruciating.

In a sense, Reading the Bible with the Dead has grown out of twenty years spent reading old commentaries, during which time I have repeatedly found these ancient, medieval, and Reformation writers saying unexpected things.
-Publisher.

Many Christians would describe themselves as serious and regular readers of the Bible. Yet, if we are honest, most of us have a tendency to stick with the parts of the Bible that we understand or are comforted by, leaving vast tracts of Scripture unexplored. Even when following a guide, we may never reach into the Bible's less-traveled regions -- passages marked by violence, tragedy, offense, or obscurity.
-Publisher