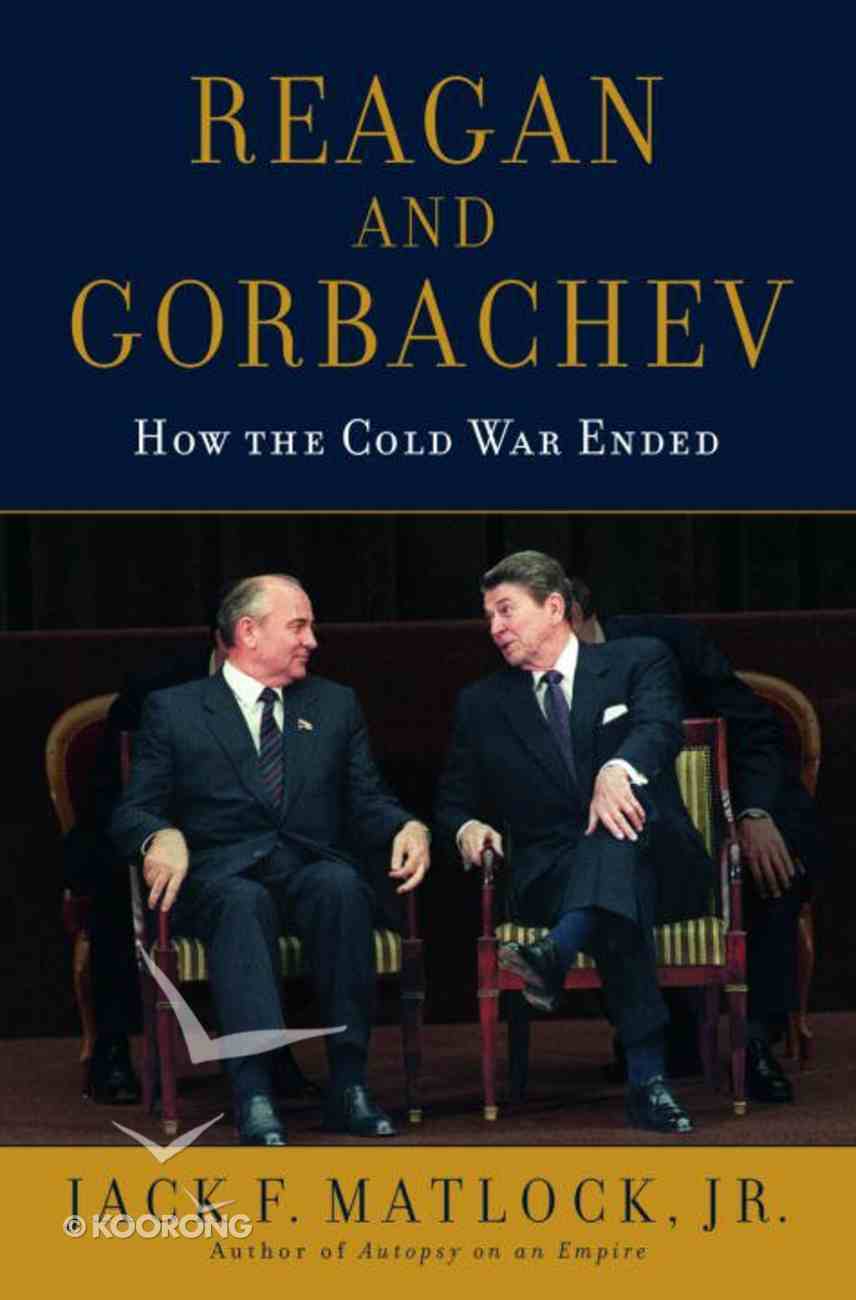 In Reagan and Gorbachev, Jack F. Matlock, Jr., gives an eyewitness account of how the Cold War ended, with humankind declared the winner. As Reagan's principal adviser on Soviet and European affairs, and later as the U.S. ambassador to the...

After War, is Faith Possible?
G A Studdert Kennedy
eBook

A Faith Not Worth Fighting For
Tripp York
eBook

In Reagan and Gorbachev, Jack F. Matlock, Jr., gives an eyewitness account of how the Cold War ended, with humankind declared the winner. As Reagan's principal adviser on Soviet and European affairs, and later as the U.S. ambassador to the U.S.S.R., Matlock lived history: He was the point person for Reagan's evolving policy of conciliation toward the Soviet Union. Working from his own papers, recent interviews with major figures, and archival sources both here and abroad, Matlock offers an insider's perspective on a diplomatic campaign far more sophisticated than previously thought, led by two men of surpassing vision. ^Matlock details how, from the start of his term, Reagan privately pursued improved U.S.--U.S.S.R. relations, while rebuilding America's military and fighting will in order to confront the Soviet Union while providing bargaining chips. When Gorbachev assumed leadership, however, Reagan and his advisers found a potential partner in the enterprise of peace. At first th
-Publisher

I 1981-82 REAGAN'S CHALLENGE And I have to believe that our greatest goal must be peace. Ronald Reagan, June 6, 1981 I've always recognized that ultimately there's got to be a settlement, a solution. Ronald Reagan, December 23, 1981 [A] Soviet leadership devoted to improving its people's lives, rather than expanding its armed conquests, will find a sympathetic partner in the West. Ronald Reagan, May 9, 1982 Readers may suspect that the dates of the quotations set forth above are mistaken. After all, doesn't everyone know that President Reagan spent his first term bashing the Soviet Union and showed an interest in serious negotiations only in his second term? Such is the myth that has developed of late. The dates are correct. All of the remarks quoted were made during the first eighteen months of Reagan's first administration. And they were not exceptional. These thoughts were present or clearly implied in virtually everything Reagan and his first secretary of state, Alexander Haig, said about relations with the Soviet Union from the outset of their terms in office. Of course, these were not the only thoughts they expressed. Other statements, particularly when taken out of context, gave rise to the distorted impression that came to prevail in American and foreign opinion. Let us look carefully at what President Reagan said and how he said it. During his first press conference as president, on January 29, 1981, Reagan stated that he was in favor of negotiating to achieve "an actual reduction in the numbers of nuclear weapons" on a basis that would be verifiable. He also declared that during any negotiation one had to take into account "other things that are going on," and for that reason he believed in "linkage." A journalist asked what he thought of "the long-range intentions of the Soviet Union" and whether "the Kremlin is bent on world domination that might lead to a continuation of the cold war" or whether "under other circumstances detente is possible." Addressing this convoluted question, Reagan replied that "so far detente has been a one-way street that the Soviet Union has used to pursue its own aims," and that as far as Soviet intentions are concerned, their leaders have consistently said that "their goal must be the promotion of world revolution and a one-world Socialist or Communist state." Then he went on to add: "Now, as long as they do that and as long as they, at the same time, have openly and publicly declared that the only morality they recognize is what will further their cause, meaning they reserve unto themselves the right to commit any crime, to lie, to cheat, in order to attain that, and that is moral, not immoral, and we operate on a different set of standards, I think when you do business with them, even at a detente, you keep that in mind." Press and television reporters repeated his words about lying and cheating as if they were the heart of his approach.* Only an extraordinarily attentive reader would have grasped that Reagan referred to lying and cheating not as a personal moral defect of the Soviet leaders but as a feature of the philosophy they held. When asked about the remark subsequently, he denied that he was "castigating" the Soviet leaders "for lack of character," and explained, "It's just that they don't think like we do." In fact, Reagan cited in his first press conference several themes that remained in the bedrock of his policy toward the Soviet Union throughout his eight years in office: arms reduc
-Publisher