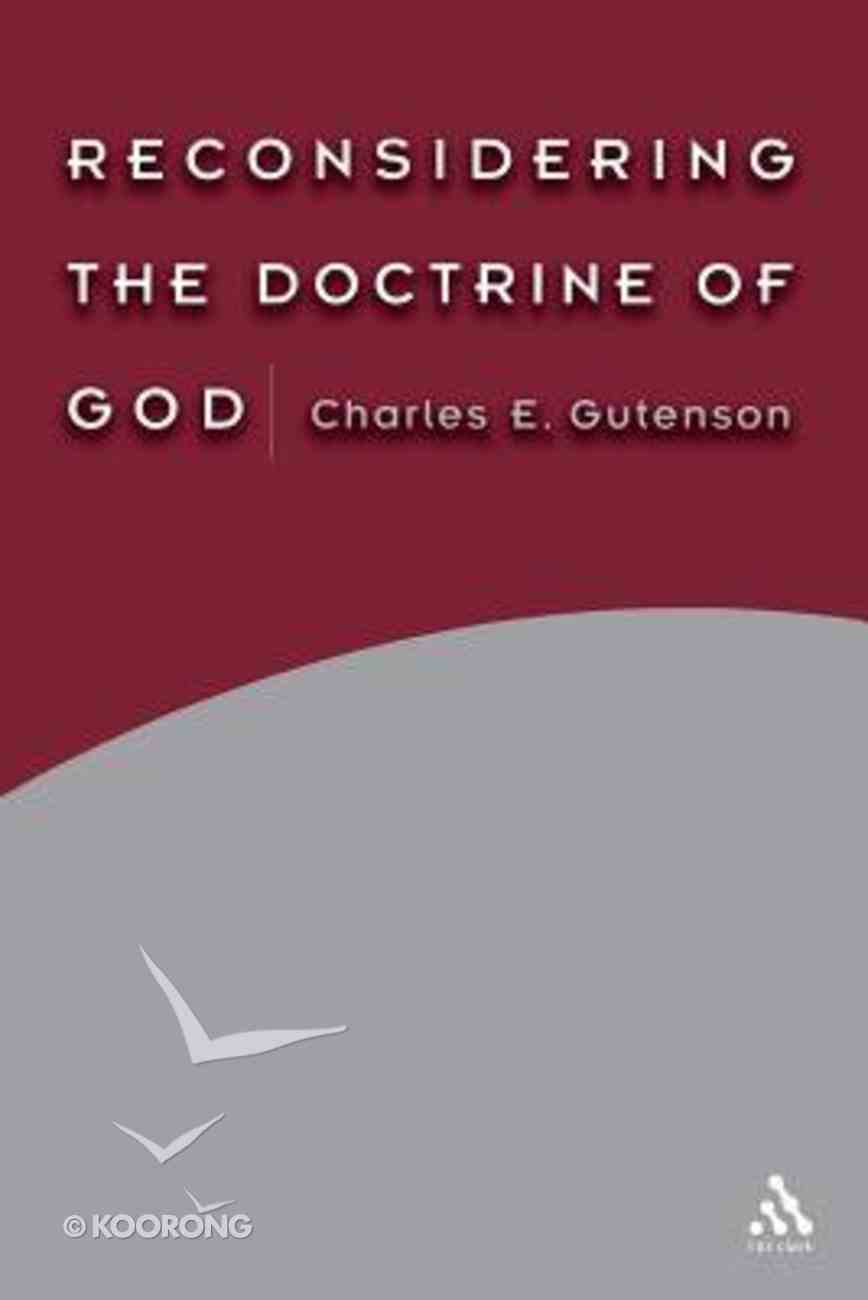 Reconsidering the Doctrine of God

With the appearance in the late 1990s of Wolfhart Pannenberg's three-volume Systematic Theology, the fully developed system of one of the most significant theologians of the 20th century became readily accessible. As a consequence, the time is ripe for an examination of various aspects of the proposals that Pannenberg has developed over the last thirty-plus years. On coming to Pannenberg's work, one might easily feel overwhelmed. He has, after all, made substantive proposals on such varying topics as, on the one hand, the historical basis of the resurrection and, on the other, the proper relationship between science and theology. However, there is a common theme which underlies virtually all of Pannenberg's theologi-cal work: the Christian doctrine of God. In this project, Gutenson examines Pannenberg's theology with an eye particularly to his doctrine of God as laid out in his various theological writings. An initial review of this subject matter suggests that such an assessment can be carried out around five major themes. The first theme deals with Pannenberg's proposal that the concept of the Infinite become the primary category in articulation of the doctrine of God. The second theme, suggested above, is the result of Pannenberg's inter-action with the physical sciences and is expressed by his proposal that God should be conceptualized as a field of power. The third theme concerns Pannenberg-'s articulation of the Christian doctrine of the Trinity. The fourth is expressed by Pannenberg's claim that God is the power of the future and the closely related notion, prevalent in Pannenberg's writings, of an ontological priority of the future. Finally, and in light of the previous proposals, Pannenberg makes a number of substantive proposals concerning the manner in which the divine attributes should be articulated, and this will serve as a fifth coordinating theme. The examination of these themes, then, will provide us access to Pannenberg's theology through its central focus: the doctrine of God>

Charles E. Gutenson (Ph.D., Southern Methodist University) is the chief operating officer of Sojourners. He formerly served as associate professor of philosophical theology at Asbury Theological Seminary and has worked as a pastor and a corporate executive. He is the author of Considering the Doctrine of God and Christians and the Common Good: How Faith Intersects with Public Life and coauthor, with Jim Wallis, of Living God's Politics.