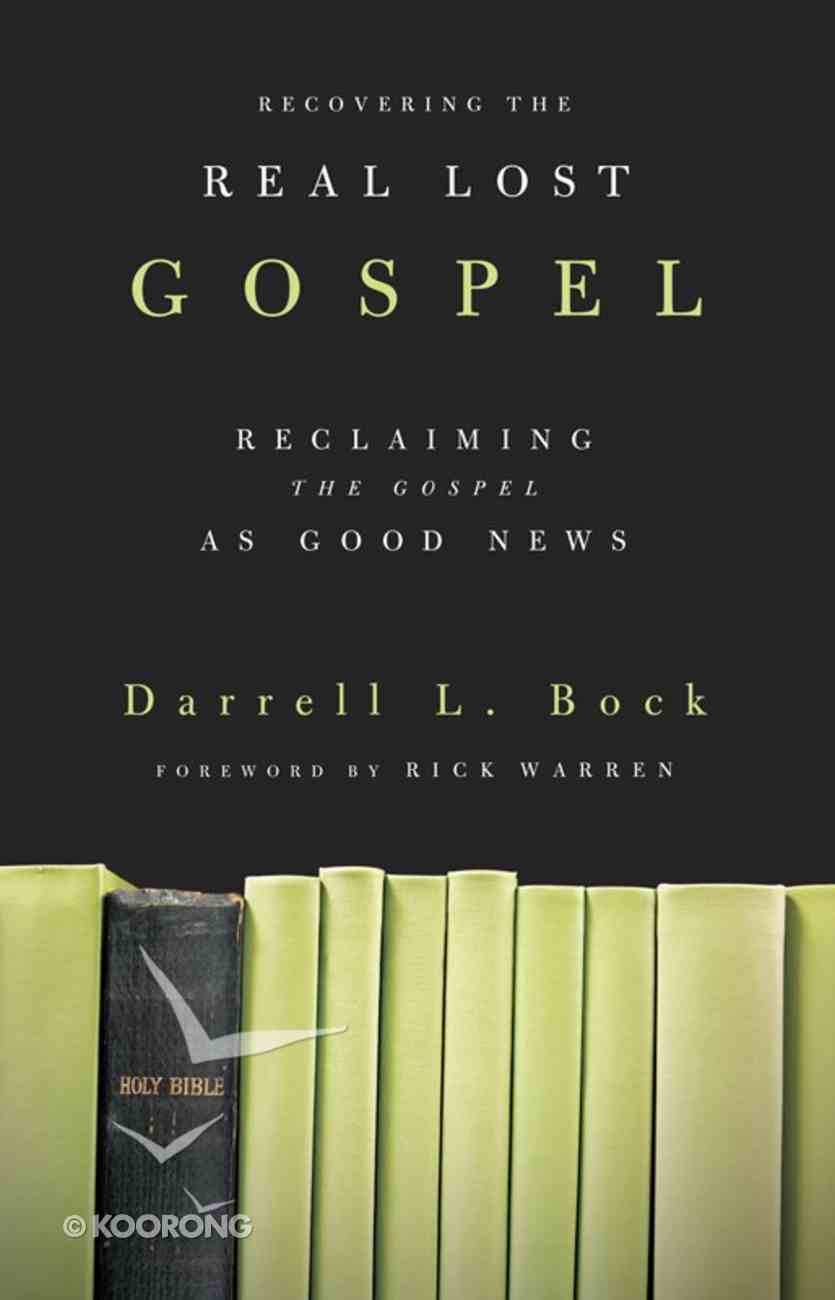 While some seek so-called lost gospels, Darrell L. Bock suggests the real lost gospel is the one already found in the Bible and reminds everyone of what it means: good news. Praise for Recovering the Real...

The Gospel According to Jesus
John Macarthur
eAudio

What Makes the Gospel So Irreplaceable
Hendry Ongkowidjojo
eBook

The Extent of the Atonement
David Allen
eBook

Perspectives on the Extent of the Atonement
Andrew David Naselli (Ed), Mark A Snoeberger (Ed)
eBook

While some seek so-called lost gospels, Darrell L. Bock suggests the real lost gospel is the one already found in the Bible and reminds everyone of what it means: good news.

"Darrell Bock is one of the church's finest New Testament scholars. He has the unique ability to write on both the technical and popular level and presents a biblical theology of the gospel that is clear, robust, and holistic. This is a valuable contribution to helping us rightly understand the greatness of the gospel."

"You are holding in your hands a really rare book--one that goes all the way back to the New Testament in connecting the gospel and the cross with the life of discipleship and the mission of the church in a broken world that needs the message of grace. Darrell Bock is one of our best biblical theologians and is at his best in this new study."

"Recovering the Real Lost Gospel is a welcomed corrective and timely guide for so many individuals and churches who seemingly have lost their way amidst the confusing spirituality and mixed religious messages of our day."

"Too many Christians think of 'the Gospel' as merely the last page of an evangelistic tract. Bock demonstrates with clarity and vision that the gospel is better news than some have dared to hope. Read this book, and let its wisdom drive you to worship and to mission."