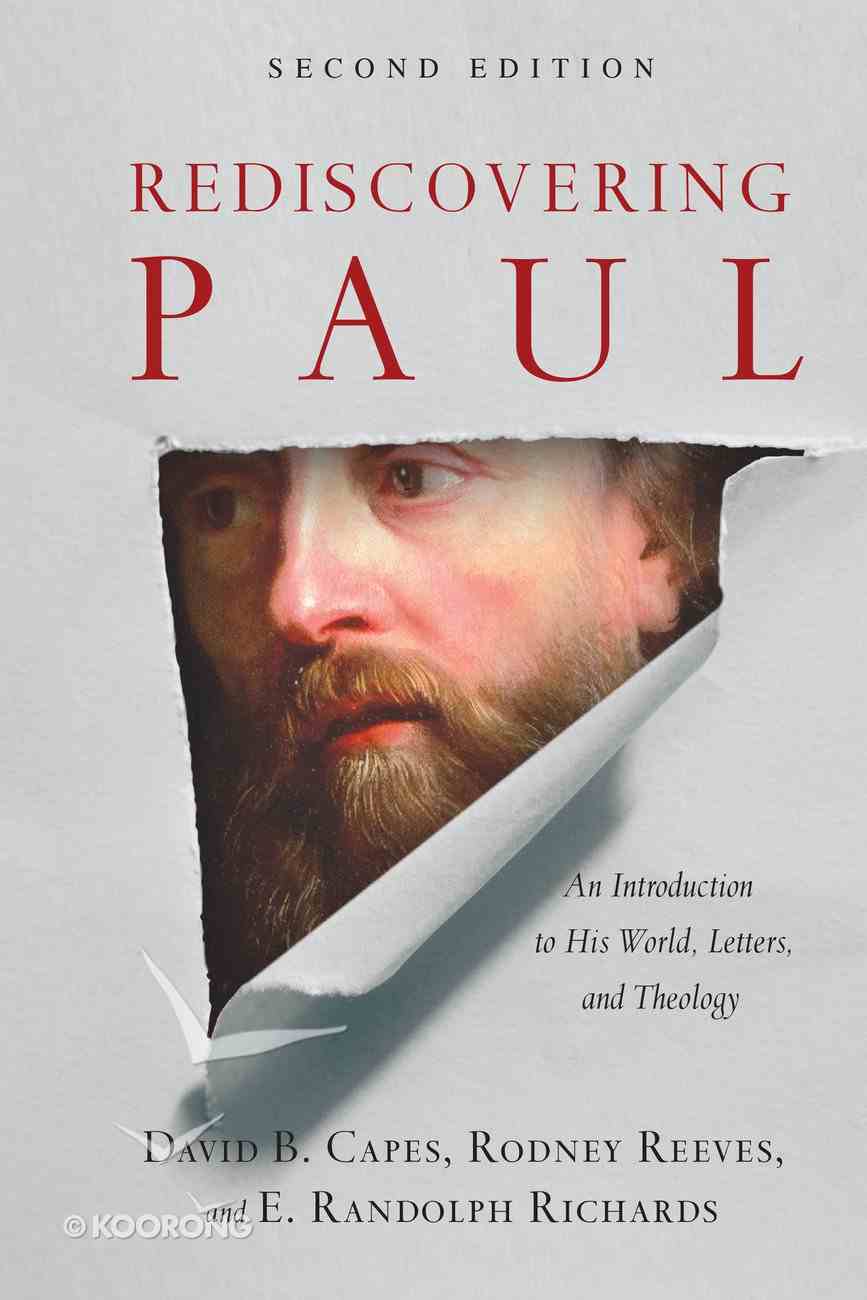 Rediscovering Paul: An Introduction to His World, Letters and Theology (2nd Edition)

:For some of us, the apostle Paul is intimidating, like a distant and difficult uncle. We're told he's pretty important. We've even read some of the good parts of his letters. But he can come across as prickly and unpredictable....

The New Perspective on Paul: An Introduction
Kent Yinger
eBook

Divine Christ, the - Paul, the Lord Jesus and the Scriptures of Israel (Acadia Studies In Bible And Theology Series)
David B Capes
Paperback

:For some of us, the apostle Paul is intimidating, like a distant and difficult uncle. We're told he's pretty important. We've even read some of the good parts of his letters. But he can come across as prickly and unpredictable. Not someone you'd like to hang out with at a coffee shop on a rainy day. He'd make a scene, evangelize the barista, and arouse looks across the room. For a mid-morning latte, we'd prefer Jesus over Paul.But Paul is actually the guy who from Ephesus to Athens was the talk of the marketplace, the raconteur of the Parthenon. He knew everyone, founded emerging churches, and held his own against the intellectuals of his day. Maybe it's time to give Paul a break, let go of some stereotypes, and try to get to know him on his own terms.If you're willing to give Paul a try, Rediscovering Paul is your reliable guide. This is a book that reacquaints us with Paul, as if for the first time arrested by Christ on the Damascus Road, holding forth in the marketplace of Corinth, working with a secretary in framing his letter to the Romans, or dealing with the messiness of emerging churches from Ephesus to Rome.Drawing on the best of contemporary scholarship, and with language shaped by teaching and conversing with today's students, Rediscovering Paul is a textbook that has passed the test. Now in an expanded edition, it s better than ever. There are fresh discussions of Paul s letter writing and how those letters were received in the churches, new considerations of pseudonymity and the authenticity of Paul s letters, and updated coverage of recent developments in interpreting Paul. In addition, the So What? feature much loved by students has been expanded. For considering the full range of issues, from Paul s conversion and call to his ongoing impact on church and culture, this second edition of Rediscovering Paul comes enthusiastically recommended.
-Publisher

Rodney Reeves earned his Ph.D. at Southwestern Baptist Theological Seminary and has done postdoctoral study at Oxford University. He is dean of The Courts Redford College of Theology and Ministry and professor of Biblical Studies at Southwest Baptist University, both in Bolivar, Missouri. He served previously as a pastor with churches in Arkansas and Texas. He is the author ofA Genuine Faith: How to Follow Jesus Today. His articles have appeared in journals such as Perspectives in Religious Studies, Biblical Illustrator, Southwestern Journal of Theology and Preaching.

David B. Capes (Ph.D., Southwestern Baptist Theological Seminary) is professor and chair of the Department of Christianity and Philosophy at Houston Baptist University in Houston, Texas. He has served as pastor of several churches in Texas, and he has participated in a variety of professional organizations, including the Society of Biblical Literature, the Institute for Biblical Research and the National Association of Baptist Professors of Religion. His articles have been published in such journals as Horizons in Biblical Theology, Biblical Illustrator, Journal of the Evangelical Theological Society, Southwestern Journal of Theology, Bulletin for Biblical Research and Perspectives in Religious Studies. He is the author of Old Testament Yahweh Texts in Paul's Christology in the Wissenschaftliche Untersuchungen zum Neuen Testament series.

E. Randolph Richards (M.Div. and Ph.D., Southwestern Baptist Theological Seminary) is Dean of the School of Ministry and Professor of Biblical Studies at Palm Beach Atlantic University in West Palm Beach, Florida. He is co-author of Rediscovering Paul: An Introduction to His Life and Work, and The Story of Israel: A Biblical Theology; and author of Paul and First-Century Letter Writing and The Secretary in the Letters of Paul. He has frequently served as an interim pastor, and as a missionary with the International Mission Board, SBC in East Indonesia where he served for eight years as a faculty member and consultant at an Indonesian seminary.