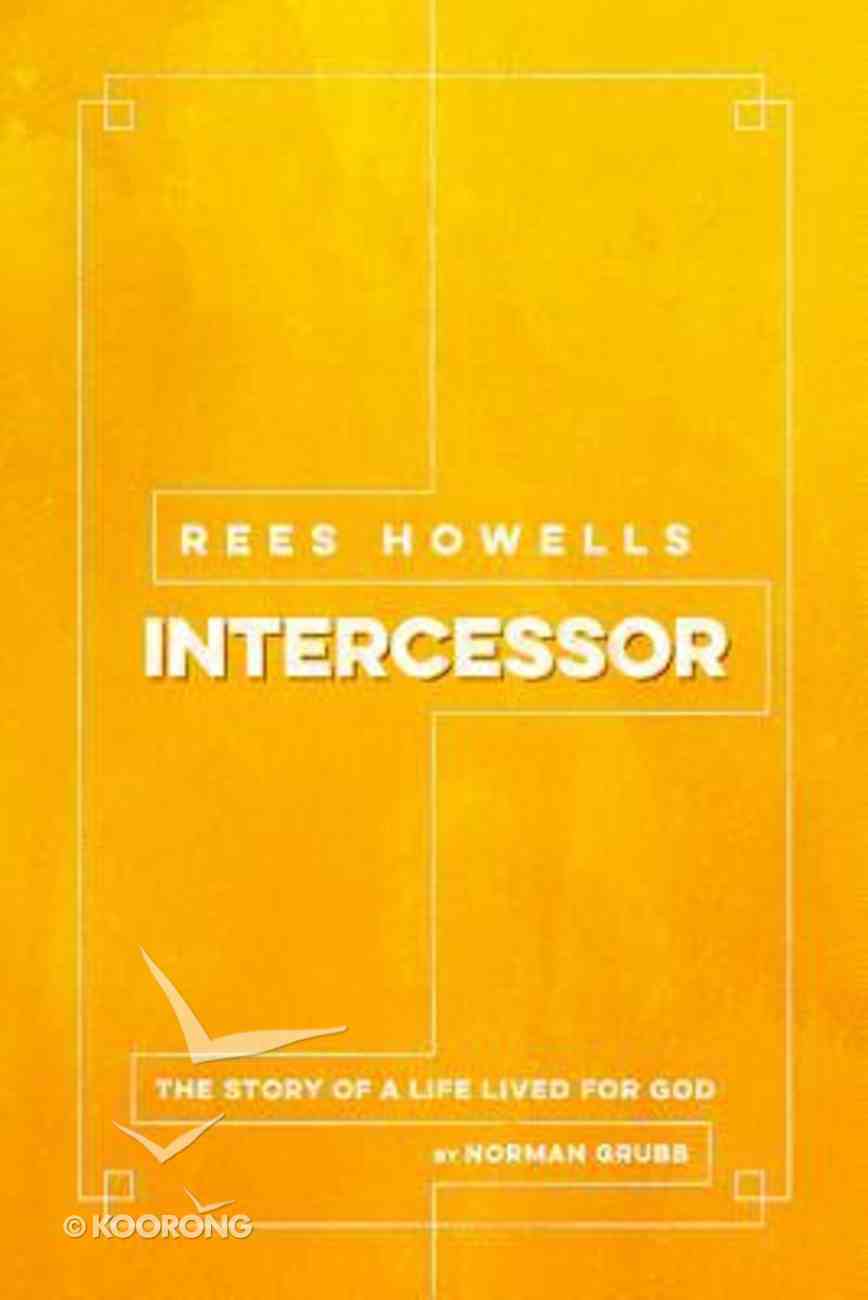 First published in 1952 and now reprinted, Norman Grubb's inspirational biography of the missionary and founder of the Bible College of Wales has been translated into more than twenty languages and has sold over ten million copies worldwide. Rees...

50+ available
Expected to ship within 12 hours from Australia.
Learn More
Free Shipping
for orders over $99.

First published in 1952 and now reprinted, Norman Grubb's inspirational biography of the missionary and founder of the Bible College of Wales has been translated into more than twenty languages and has sold over ten million copies worldwide.

Rees Howells (1879-1950) was a man of little worldly fame, yet through Norman Grubb's best selling biography, his life story is known to millions. Born in a Welsh mining village, he left school at twelve and worked in a tin mill and a coal mine. As he came to know the redeeming power of his Lord and Saviour he faced the implications of an entire surrender, learned to love the unlovely and found the key to the power of prayer. As a result he became a man of great Christian inspiration to others in both Britain and Southern Africa where he became the channel of a mighty revival.

Norman Grubb describes all this, but also the foundation of the Bible College of Wales at Swansea, perhaps the greatest monument of his work, and the intercessory prayer that became the hallmark of Rees Howells, impacting as it did on national policy and international affairs. Rees Howells' life was so great that the Church of Christ still feels the impact of his truths of the Spirit and the Scriptures in a unique and amazing way. Every chapter in this biography is full of drama and light. Rees Howells, Intercessor is an enthralling story, told with simplicity, humanity and humour, and it has proved an inspiration for almost a lifetime.

How did the faith and prayers of a humble coal miner affect the course of WWII? Find out in Norman Grubb's updated biography of Rees Howells, who progressed in faith until his prayers affected even world events. Written with humanity and humor, this book uncovers the rich truths of the Spirit.
-Publisher

Norman Percy Grubb was born August 2, 1895. After serving in World War I he went to Cambridge University and while there he joined a Bible study and prayer group called Cambridge InterCollegiate Christian Union and had his 'call' from God to join the mission field work of C.T. Studd in the Congo. As he was sharing his call with his fellow CICCU-ites the Lord gave Norman the vision to begin groups like theirs in other universities. Thus was born Inter-Varsity Fellowship (I.V.F.), also known as Inter-Varsity Christian Fellowship (I.V.C.F), which today is worldwide. Norman married Pauline Studd iA