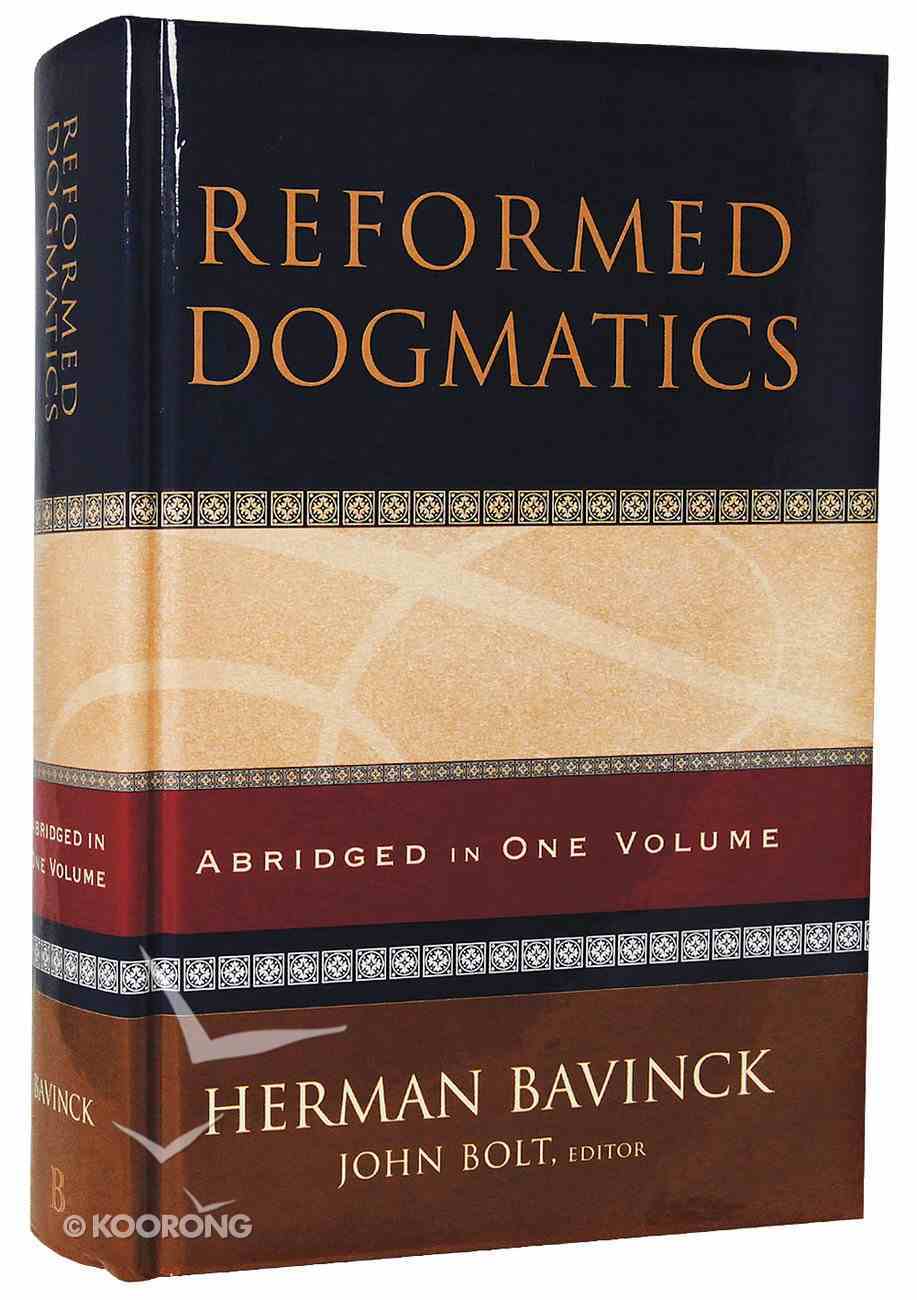 Reformed Dogmatics (Abridged In One Volume)

Herman Bavinck's four-volume Reformed Dogmatics is one of the most important theological works of the twentieth century. The recently completed English translation has received wide acclaim. Now John Bolt, one of the world's leading experts on Bavinck and editor of...

5 available
Expected to ship within 1 hour from Australia.
Learn More
Free Shipping
for orders over $99.

Herman Bavinck's four-volume Reformed Dogmatics is one of the most important theological works of the twentieth century. The recently completed English translation has received wide acclaim. Now John Bolt, one of the world's leading experts on Bavinck and editor of Bavinck's four-volume set, has abridged the work in one volume, offering students, pastors, and lay readers an accessible summary of Bavinck's masterwork. This volume presents the core of Bavinck's thought and offers explanatory material, making available to a wider audience some of the finest Dutch Reformed theology ever written
"Bavinck was a man of giant mind, vast learning, ageless wisdom, and great expository skill. Solid but lucid, demanding but satisfying, broad and deep and sharp and stabilizing, Bavinck's magisterial Reformed Dogmatics remains after a century the supreme achievement of its kind."
--J. I. Packer, Regent College


"Finally Bavinck becomes available to the English-speaking world. The Dutch version has been a constant stimulus for students, pastors, and other interested Christians. It has shaped generations of theologians and helped them to preach, think, and act on a fresh, Reformed basis. The strength of Bavinck's dogmatics is that it's neither conservative nor progressive, but its biblical character makes it constantly up-to-date."
--Herman Selderhuis, Theologische Universiteit Appeldoorn


^^"What a wonderful gift to the English-speaking theological world! The topics explored by Bavinck are still of the utmost importance, and he addresses them here in a theological voice that is amazingly fresh."
--Richard J. Mouw, Fuller Theological Seminary

An accessible one-volume summary of the English translation of Bavinck's "Reformed Dogmatics," one the most important theological works of the twentieth century.
-Publisher

John Bolt (Ph.D., University of St. Michael's College) is professor of systematic theology at Calvin Theological Seminary in Grand Rapids, Michigan. He is author of The Christian Story and the Christian School; Stewards of the Word and A Free Church, A Holy Nation: Abraham Kuyper's American Public Theology. He is also the editor of the four volume English edition of Herman Bavinck's Reformed Dogmatics.