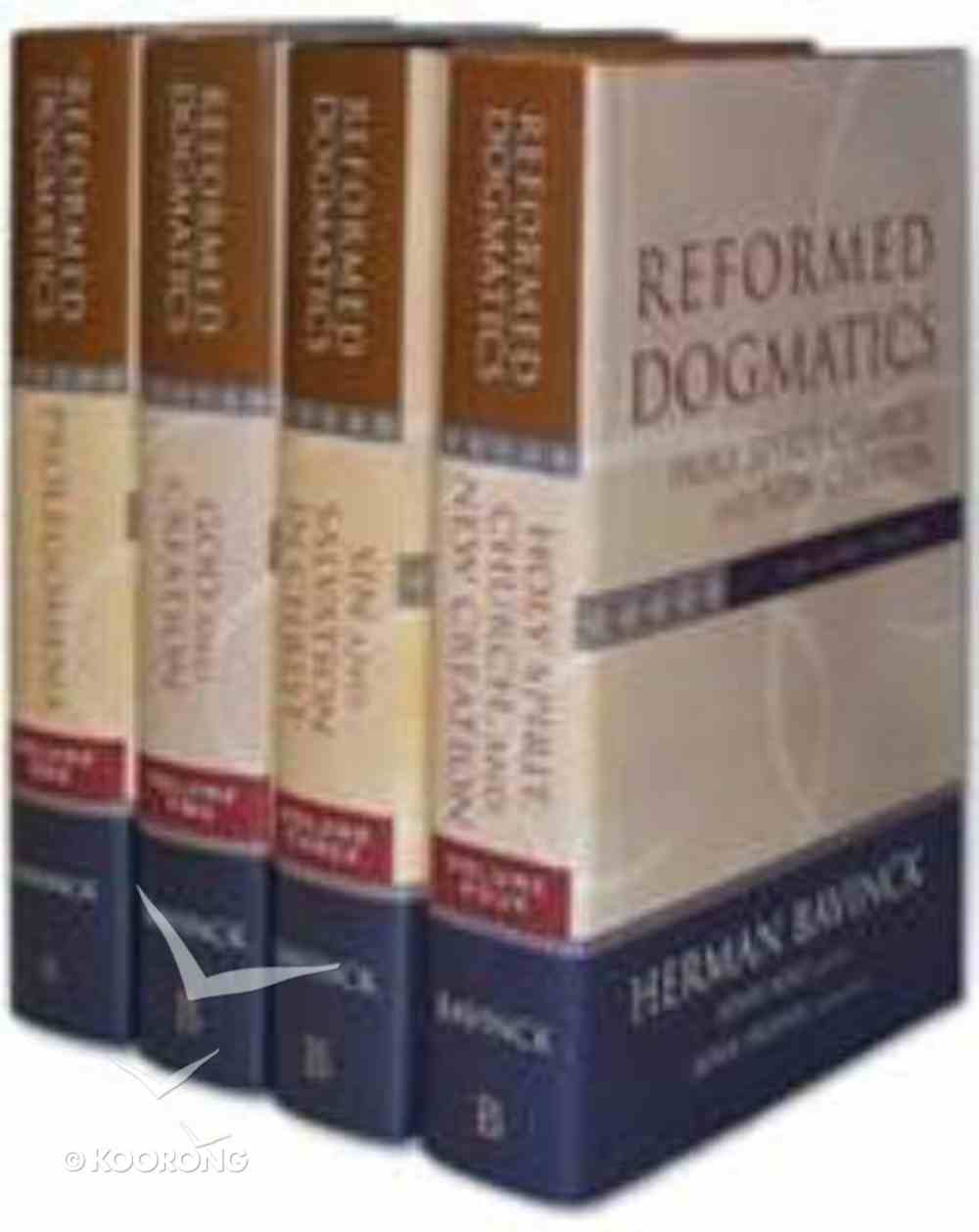 In partnership with the Dutch Reformed Translation Society, Baker Academic is proud to offer in English for the very first time all four volumes of Herman Bavinck??'s complete Reformed Dogmatics. This masterwork will appeal not only to scholars, students, pastors,...

In partnership with the Dutch Reformed Translation Society, Baker Academic is proud to offer in English for the very first time all four volumes of Herman Bavinck??'s complete Reformed Dogmatics. This masterwork will appeal not only to scholars, students, pastors, and laity interested in Reformed theology but also to research and theological libraries.
-Publisher