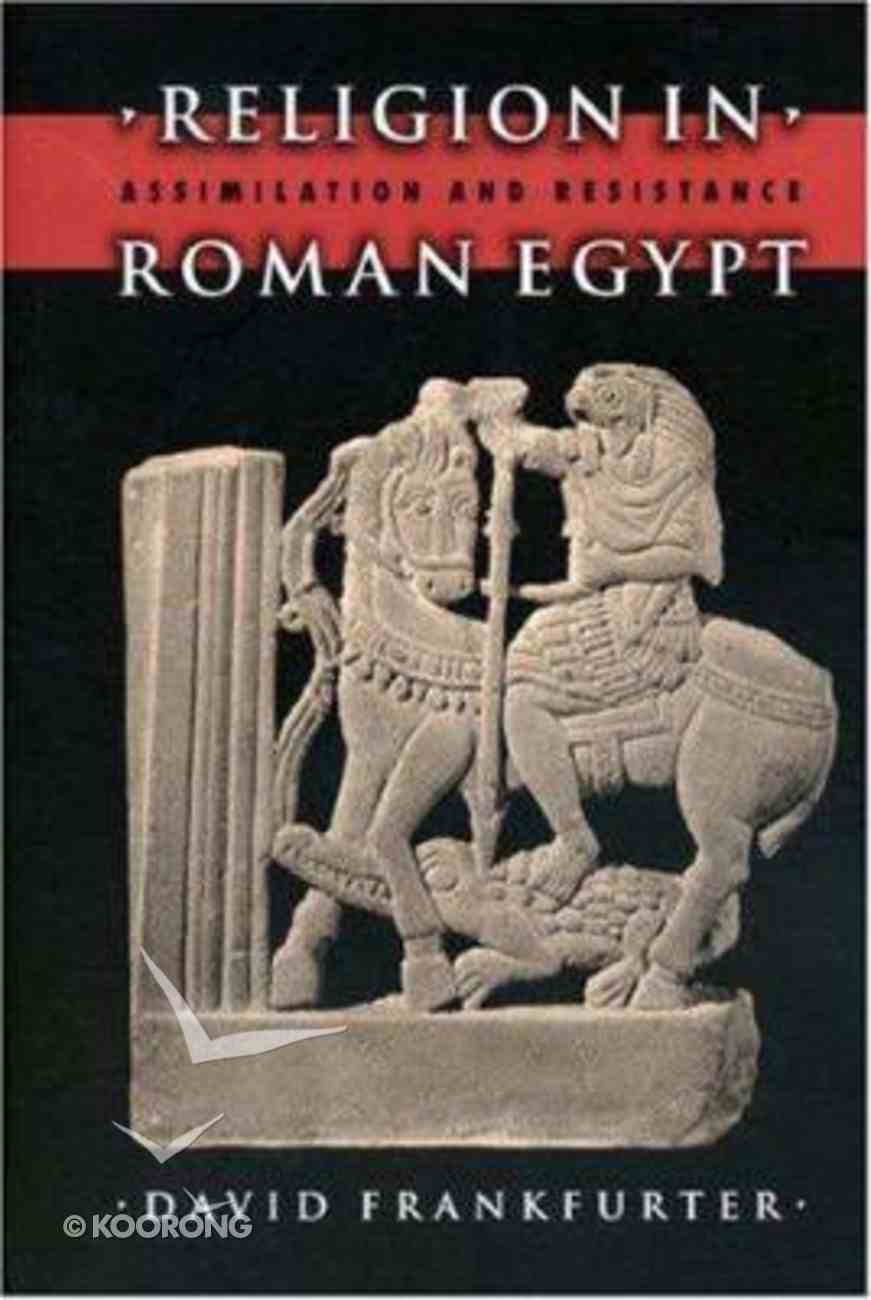 This exploration of cultural resilience examines the complex fate of classical Egyptian religion during the centuries from the period when Christianity first made its appearance in Egypt to when it became the region's dominant religion (roughly 100 to 600 C.E....

This exploration of cultural resilience examines the complex fate of classical Egyptian religion during the centuries from the period when Christianity first made its appearance in Egypt to when it became the region's dominant religion (roughly 100 to 600 C.E. Taking into account the full range of witnesses to continuing native piety--from papyri and saints' lives to archaeology and terracotta figurines--and drawing on anthropological studies of folk religion, David Frankfurter argues that the religion of Pharonic Egypt did not die out as early as has been supposed but was instead relegated from political centers to village and home, where it continued a vigorous existence for centuries. In analyzing the fate of the Egyptian oracle and of the priesthoods, the function of magical texts, and the dynamics of domestic cults, Frankfurter describes how an ancient culture maintained itself while also being transformed through influences such as Hellenism, Roman government, and Christian dominance. Recognizing the special characteristics of Egypt, which differentiated it from the other Mediterranean cultures that were undergoing simultaneou
-Publisher

"Popular religion is at the center of this excellent study. Frankfurter places Christianity in a multifaceted, often unexpected context in the countryside of Egypt. He shows that despite the state's new religion, Egyptian gods, goddesses, and cultic practices persisted. The result is a thoroughly stimulating book---an unusual mix of erudition and interpretation--and one which I read with great pleasure."--Dorothy J. Thompson, Girton College, Cambridge "Clearly written and well-researched, [Frankfurter's] book is accessible to a wide audience of scholars and lay people alike."--J. G. Manning, Stanford University
-Publisher