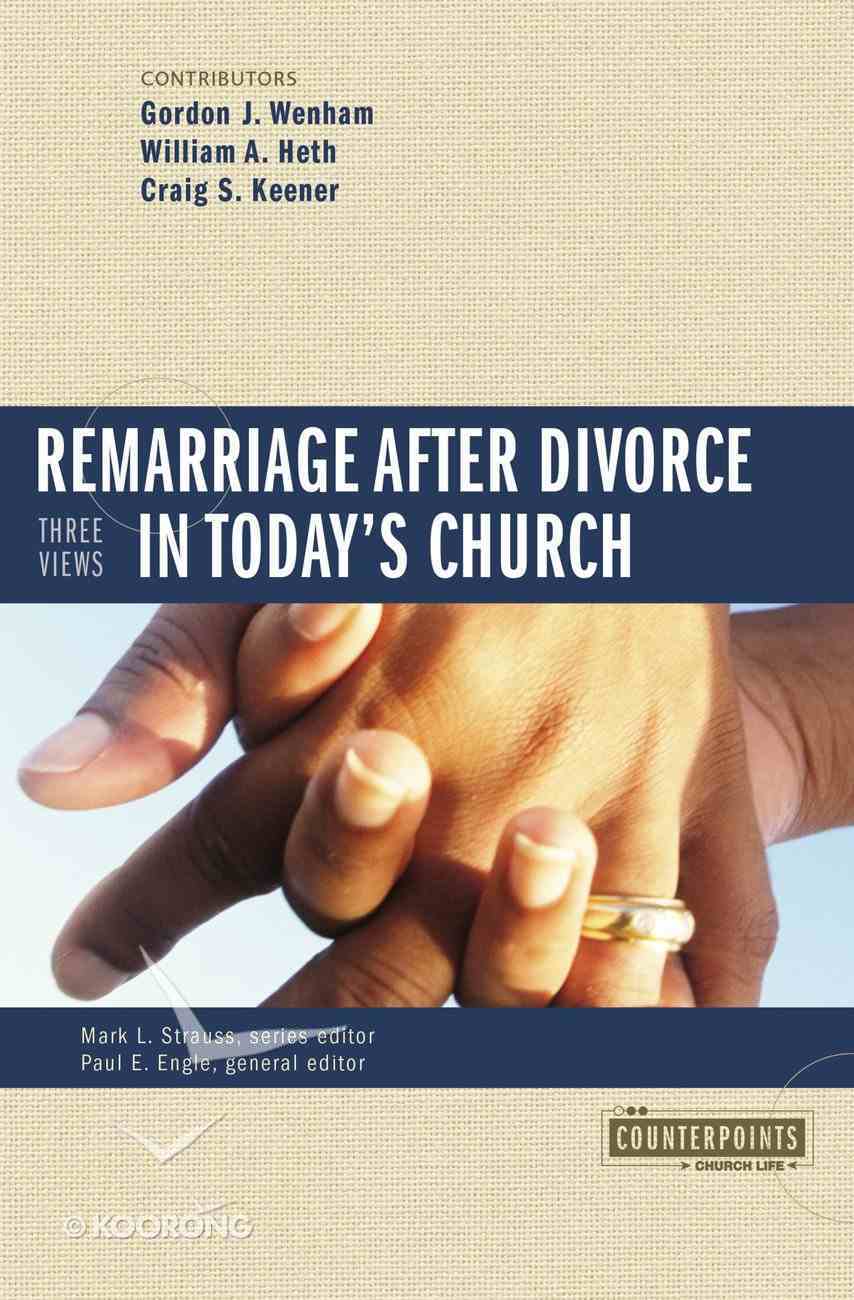 Synopsis: A biblical and practical summary of the three main views among evangelicals on remarriage after divorce, including some of the practical implications for church life, author interactive responses to each chapter, and group discussion questions. Description: A...

Synopsis: A biblical and practical summary of the three main views among evangelicals on remarriage after divorce, including some of the practical implications for church life, author interactive responses to each chapter, and group discussion questions.

Description: A biblical and practical case for three main evangelical views on remarriage after divorce.

Among born-again Christians, 27 percent have experienced divorce as compared to 24 percent in the general population. Yet no consensus exists among evangelicals on their views of remarriage, leaving many Christians confused. This single volume summarizes and explores three main evangelical views: no remarriage, remarriage after adultery or desertion, and remarriage for a variety of reasons. Each of the three contributors offers his point of view succinctly with biblical support, and each interacts with the others to help readers come to their own conclusions.

Mark L. Strauss (PhD., University of Aberdeen) is professor of New Testament at Bethel Seminary in San Diego. He is the author of The Davidic Messiah in Luke-Acts; Distorting Scripture? The Challenge of Bible Translation and Gender Accuracy; Luke in the Illustrated Bible Background Commentary; The Essential Bible Companion; and Four Portraits, One Jesus: An Introduction to Jesus and the Gospels.
He has recently completed the The Gospel of Mark for Expositor's Bible Commentary and is writing The Gospel of Mark for the Zondervan Exegetical Commentary. His professional associations include the Evangelical Theological Society, the Institute for Biblical Research and the Society of Biblical Literature. He is a frequent preacher at San Diego area churches and has served in three interim pastorates.