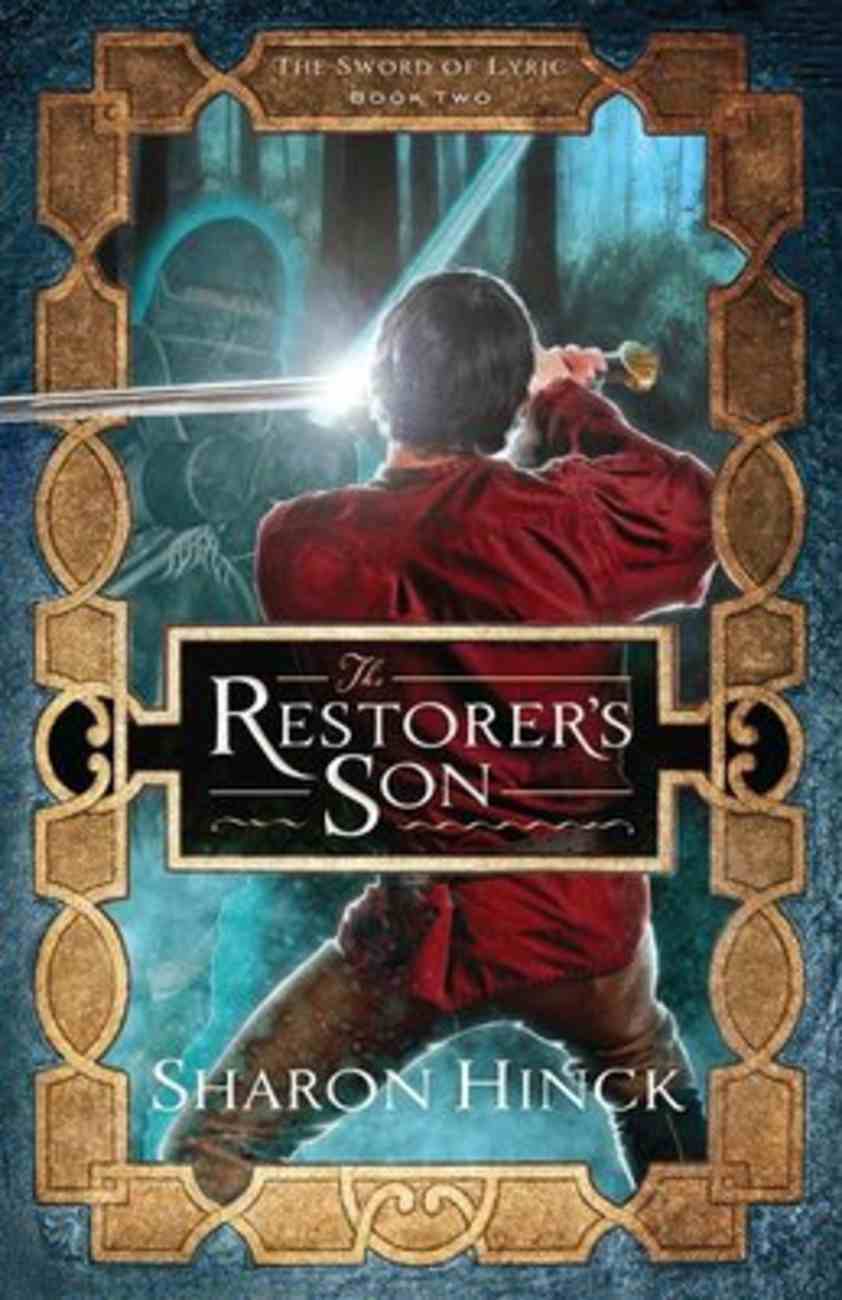 Restorer's Son (#02 in The Sword Of Lyric Series)

Chosen to save a people. Called to serve an enemy. Plunged again into the gray world of Lyric and Hazor, Susan and Mark search frantically for their teenage son, Jake, as all signs hint that a trusted ally has betrayed...

Chosen to save a people. Called to serve an enemy. Plunged again into the gray world of Lyric and Hazor, Susan and Mark search frantically for their teenage son, Jake, as all signs hint that a trusted ally has betrayed them. Assassins, political intrigue, false leads, and near misses beset their path, which will lead them into the dark prisons of Hazor before the One's purpose is revealed. Cast out by those he trusts and preferring to cross swords with the One rather than yield to His will, Kieran flees to enemy Hazor, only to find that the One knows no borders. Pursued by his calling, Kieran finds a boy without a home, a king with burning questions, and a nation torn by darkness. As he embraces the tasks the One has set before him, this new Restorer learns that the One requires his all-perhaps even his life. THIS NEW EXPANDED EDITION INCLUDES A DEVOTION GUIDE, BONUS SCENES, AND OTHER GREAT EXTRAS TO IMMERSE THE READER IN THE WORLD ON THE OTHER SIDE OF THE PORTAL. - CAROL AWARD WINNER - "Sharon Hinck has done it again The Restorer's Son will be especially meaningful to anyone who has ever wrestled with God. This book came into my hands just when I needed it." -RANDY INGERMANSON, award-winning author of Oxygen SHARON HINCK has experienced many adventures on the road of following Christ, but none has involved an alternate universe (so far). Winner of three Carol awards and a Christy fi nalist, she is a wife and mother of four, with an M.A. in Communication and makes her home in Minnesota.

Debut novelist SHARON HINCK is a wife and mother of four children who generously provide her with material for her books. She has been the artistic director of a Christian performing arts group, a church youth worker, a choreographer and ballet teacher, a home-school mom, a church organist, and a freelance writer. When she isn???t writing, Sharon manages a direct sales craft business and enjoys speaking at conferences, retreats, and church gatherings. She lives in Bloomington, Minnesota. A