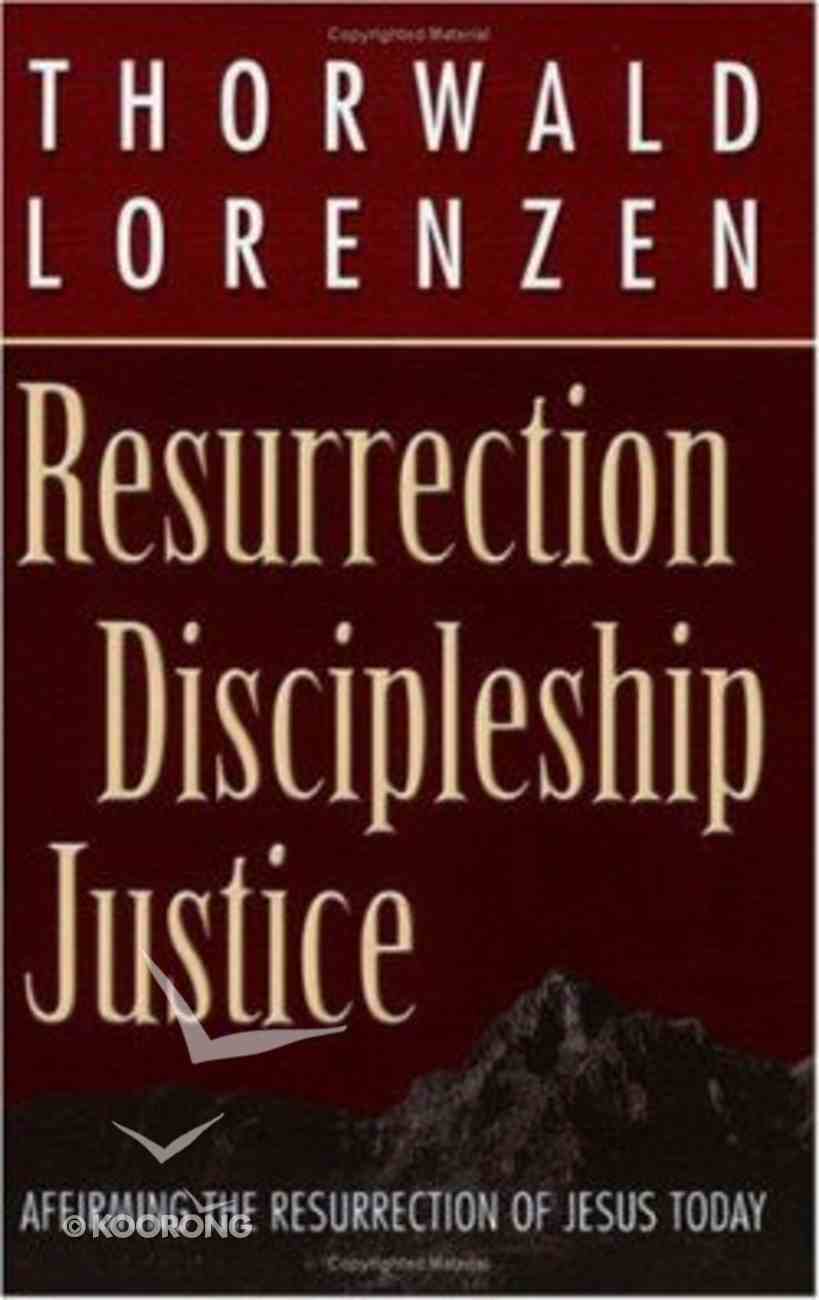 A Physicist Examines Hope in the Resurrection
John Wilson
eBook

This book explores the resurrection of Jesus Christ as the foundational event for Christian faith, for the Christian church, and for Christian ethics. It argues that the resurrection is a relational event aiming at the establishing of justice. This is illustrated by discussing the interrelationship between the resurrection and selected social ethical challenges: race, class and gender equality, the ordination of women, ecological justice, and the relationship of Christianity to other religions.The book seeks to argue that Christian faith, grounded in the resurrection of Christ, needs to be concerned with unmasking injustice and implementing justice. The first two chapters engage with contemporary liberal and evangelical theologians, contending that the resurrection of Christ is a real and relational event. Chapters three and four suggest that resurrection faith implies a commitment to justice. Jesus was killed for justice related causes and by raising Jesus from the dead, God affirmed Jesus' vision of life and at the same time defeated the estranging powers of death. Chapters five and six illustrate the history changing nature of the resurrection by discussing its effect on history and society. Humanity's ethnic, economic and gender class divisions, the dignity of womanhood, the ecological challenge, and our relationship to other religions are discussed. Chapter seven reasons that international Christian discipleship is the most appropriate way of responding to the resurrection of the crucified Christ and as such to implement what justice requires.
-Publisher

Thorwald Lorenzen has taught and preached in Europe, the United States, Asia, and in Australia. For over 20 years he was Professor of Systematic Theology and Ethics at the International Baptist Theological Seminary in Ruschlikon/Zurich, Switzerland. Since 1995 he has been the Senior Minister of the Canberra Baptist Church in Australia's Capital City. He is active in ecumenical, evangelical, and justice concerns. He is a lecturer in Systematic Theology at St. Mark's National Theological Center, School of Theology, Charles Sturt University, Whitley College, The Baptist College of Victoria, and at the University of Melbourne.