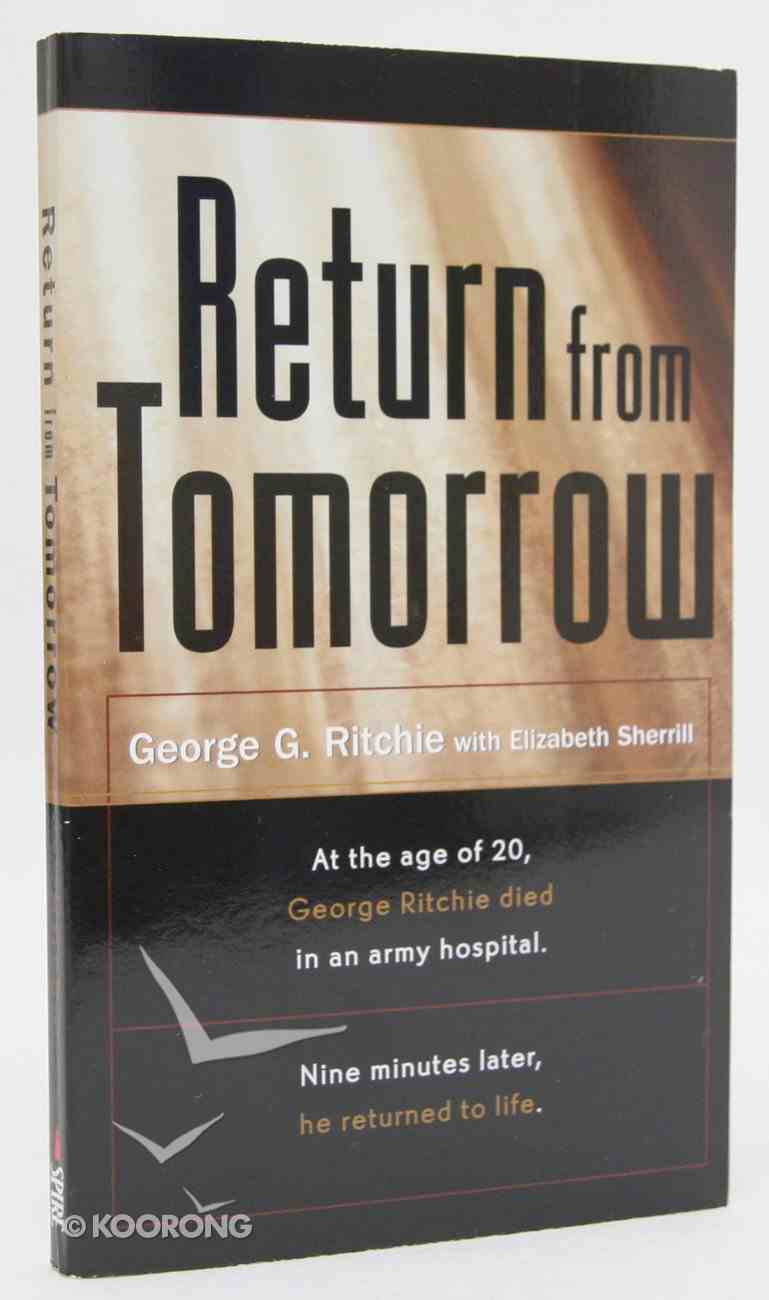 George Ritchie with Elizabeth SherrilAt the age of twenty, George Ritchie died in an army hospital. Nine minutes later, he returned to life. What happened to him during those nine minutes was so compelling, it changed his life forever. His...

My Journey to Heaven: What I Saw and How It Changed My Life
Marvin J Besteman, Lorilee Craker
Paperback

George Ritchie with Elizabeth SherrilAt the age of twenty, George Ritchie died in an army hospital. Nine minutes later, he returned to life. What happened to him during those nine minutes was so compelling, it changed his life forever. His startling, hopeful description of the realm beyond has changed many lives. 124 pages, from Spire Books.

Awarded the Campus Life Mark of Excellence. In 1943 George Ritchie "died, " experiencing one of the most amazing visions of the after-life ever recorded. Read about the event that changed a psychiatrist's life forever.
-Publisher

At the age of twenty, George Ritchie died in an Army hospital. Nine minutes later, he returned to life. What happened to him during those minutes was so compelling that it changed his life forever. In Return from Tomorrow, Ritchie tells of his transforming encounter with the Son of God, who led him to encounters with other nonphysical beings at the very doorway of eternity. Ritchie's extraordinary experience not only altered his view of eternity, but it has also altered the lives of hundreds of thousands of readers. One of the most startling and hopeful descriptions of the realm beyond, this classic will inspire readers from all walks of life. It includes a brand-new preface from Elizabeth Sherrill.
-Publisher

One man's astonishing walk through the doorway of deathWhen a young soldier named George Ritchie landed in an Army hospital with pneumonia, he had no idea of the uncharted journey he was about to take. Days later, barely comprehending his own death, he stepped out of the physical world and entered eternity.In this riveting and detailed story, Ritchie describes a series of "worlds" he visited--some hellish in their separation from life, some glorious in their heavenly brilliance. But overshadowing all was his longing to stay in the blazing presence of Jesus.Stunning and memorable descriptions make this one of the most amazing accounts of life after death ever written. This glimpse into the realm beyond can change forever your understanding of the world beyond our own.George G. Ritchie has served as president of the Richmond Academy of General Practice; chairman of the Department of Psychiatry of Towers Hospital; and founder and president of the Universal Youth Corps, Inc. He lives in Virginia.
-Publisher