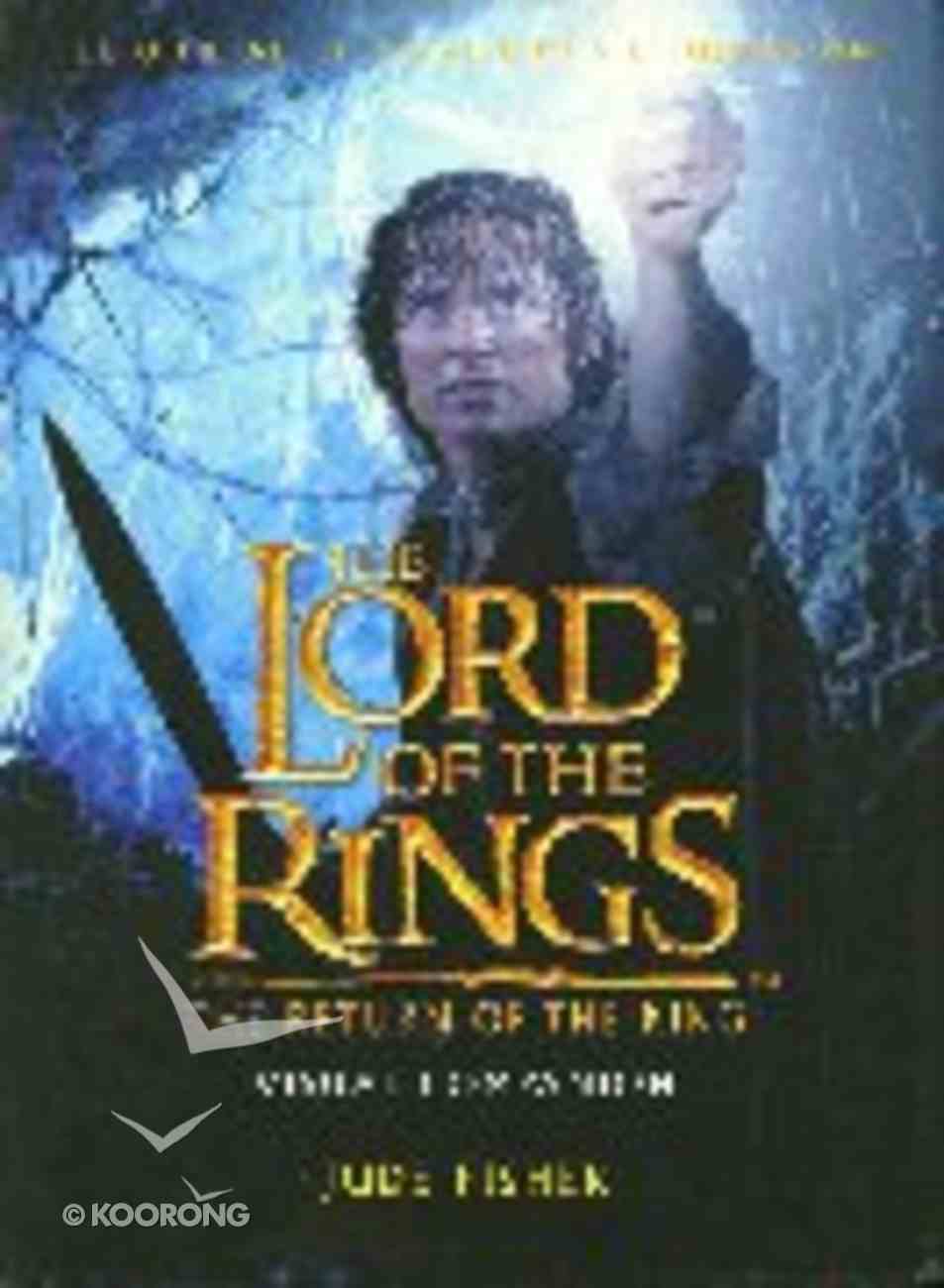 The official, fully authorized companion to the final part of Peter Jackson's award-winning trilogy, The Lord of the Rings The Return of the King Visual Companion is a full-color guide to the characters, places and landscapes of J.R.R. Tolkien's Middle-earth...

Finding God in the Lord of the Rings
Kurt Bruner, Jim Ware
eBook

Gene Edwards Collection: The a Tale of Three Kings / the Prisoner in the Third Cell / the Divine Romance
Gene Edwards
eBook

Harbinger of Hope: A Startling Revelation of God's Provision For You: The Lord Has Not Forgotten You
Robin McMillan
Paperback

The official, fully authorized companion to the final part of Peter Jackson's award-winning trilogy, The Lord of the Rings The Return of the King Visual Companion is a full-color guide to the characters, places and landscapes of J.R.R. Tolkien's Middle-earth as depicted in the third film in The Lord of the Rings trilogy. Fully illustrated with more than 100 color photographs, including exclusive shots of the climactic battles between the forces of light and dark, The Return of the King Visual Companion completes the epic journey begun in The Fellowship of the Ring. The trials, successes and tragedies of the Fellowship's quest are recounted in a detailed and informative introduction. The Companion then carries the reader into the final, desperate stages of the separate journeys of the Fellowship in their quest to destroy the Ring and Sauron, its master. The Companions' Journey: in which Aragorn, Legolas and Gimli must travel the terrifying Paths of the Dead before there can be any chance of saving the living. The War of the Ring: in which the Men of Middle-earth will finally gather at the White City of Minas Tirith to do battle against the overwhelming numbers of the Dark Lord's army. The Ring Quest: in which Frodo and Sam must put their lives, and the fate of the entire quest, in the hands of the treacherous creature Gollum. Also included is a brand-new map of Mordor, the dread realm inhabited by Orcs, mountain-trolls, fell beasts and Nazgul, a vast army that will be commanded by the Witch-king as he leads them and their human allies to the destruction of the Free Peoples of Middle-earth. The Companion presents an unforgettable tour of the once proud kingdom of Gondor; the eerie catacombs of the Dwimorberg mountain; the rank, claustrophobic lair of the monstrous Shelob; and the apocalyptic, blasted landscape of Mordor, in which the final desperate moves of this epic struggle will be played out.
-Publisher

From the New York Times best-selling author of The Two Towers Visual Companion comes a lavishly illustrated keepsake guide to The Return of the King. As Frodo, Sam, and Gollum slowly make their way into the depths of the Dark Lord's realm of Mordor in their desperate quest to destroy the One Ring, the scattered members of the fellowship, now scarred and battered from the Battle of Helm's Deep, must journey to the Gondorian stronghold of Minas Tirith for a last stand against the might of Sauron and his evil minions.

Jude Fisher is a pseudonym for an established fantasy author. Her Two Towers Visual Companion was a New York Times bestseller..