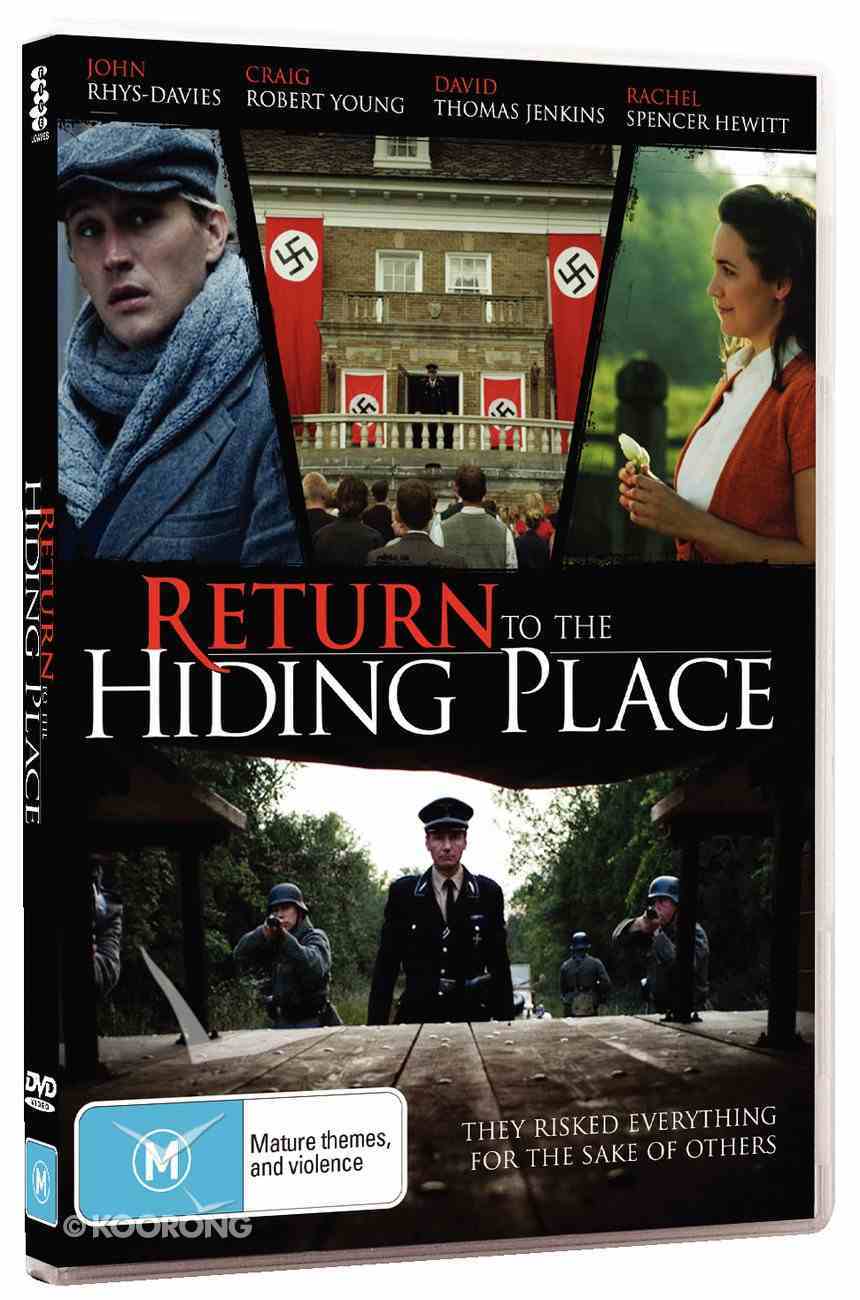 Return to the Hiding Place

An incredible true story of Courage and Unwavering Faith In Holland during WWII, Corrie Ten Boom's army of untrained teenagers including Hans Poley, Piet Hartog, and their friends navigate a deadly labyrinth of challenges to save their Jewish neighbours...

My Name is Paul
DVD

An incredible true story of Courage and Unwavering Faith

In Holland during WWII, Corrie Ten Boom's army of untrained teenagers including Hans Poley, Piet Hartog, and their friends navigate a deadly labyrinth of challenges to save their Jewish neighbours from the Nazis. They embark on a nonstop, action-packed hunt including escapes through underground tunnels, Gestapo hijacks and heroic acts in the ongoing battle against Hitler's assassins.

The film climaxes in the breath-taking and daring rescue of an orphanage of Jewish children marked for mass execution. At great personal risk, Hans and the youth resistance movement devise an escape plan to help save the children from certain death.

An amazing true story of faith amidst the horrors of the Holocaust, Return To The Hiding Place features a stellar cast including John Rhys-Davies (Raiders of the Lost Ark, Lord of the Rings Trilogy) and a stunning performance from Mimi Sagadin (The Dilemma) as Corrie Ten Boom, the courageous Holocaust survivor (1892-1983) who risked everything to save the lives of others.

Corrie ten Boom (1892-1983) was born in Haarlem, The Netherlands. After being arrested in 1944 for helping Jews escape the Nazi regime, Corrie spent the last year of World War II in various prison camps. After the war, she was invited to share her experiences in over sixty countries and was honored by the state of Israel for her work during the war. Her life story, The Hiding Place, was originally released in 1971. In 1977, she settled in California, where she remained until her death in 1983, on her 91st birthday. She also authored Each New Day,Tramp For The Lord, In My Father's House, and I Stand at the Door and Knock. -Editorial Review.

Revelation Road #01: The Beginning of the End
DVD

The War Within
DVD