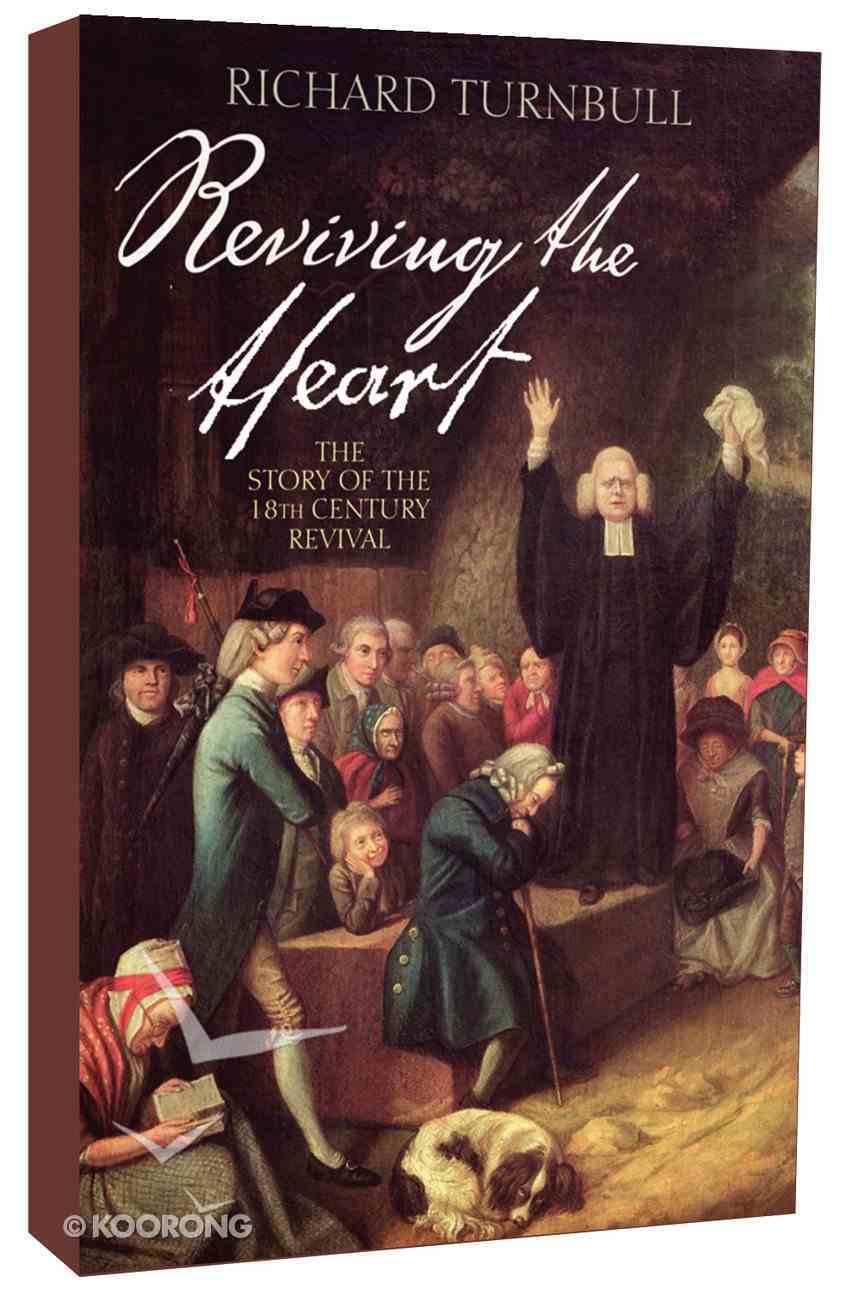 Reviving the Heart: The Story of the Eighteenth Century Revival

A stimulating account of the revival of committed Christian belief in the English-speaking world of the 18th century. Richard Turnbull covers the causes and social effects of revival, the Wesleys, Whitefield, Methodism, the Clapham Sect, the campaign against slavery, and...

Reviving the Heart: The Story of the Eighteenth Century Revival
Richard Turnbull
eBook

A stimulating account of the revival of committed Christian belief in the English-speaking world of the 18th century. Richard Turnbull covers the causes and social effects of revival, the Wesleys, Whitefield, Methodism, the Clapham Sect, the campaign against slavery, and growth of overseas mission societies. 240 pages, from Lion Hudson.

"Part I: origins and background of the Revival: English life and faith on the eve of Revival; the causes of Revival; the international origins; The Wesleys and their conversion Part 2 : The pioneers and the clash of ideas The spreading flame in England: early pioneers; Across the oceans: global influences; The clash of theology : Wesley and Whitefield Part 3 : The effect of Revival on Church and Society Revival in and beyond the established church: Methodism; Spirituality ; Gaining a foothold: the church; Pioneering women; The Clapham Sect and campaign against slavery; The flame abroad: foundation and the missionary societies.
-Publisher

The English Revival of the eighteenth century was an exciting time. What caused the Revival? Why did it spread? Did it prevent a revolution in the UK, similar to that which had convulsed France? And what effect did it have, both locally, nationally and globally? This fascinating book introduces the reader to its main players: the Wesleys and Whitefield, John Newton and William Wilberforce. It brings together what they believed, what they taught, and the immense impact they had on the people of the UK, both the rich and the poor. Out of the Revival came the Clapham Sect and the successful campaign to end slavery; the Methodist church and a new role for women.
-Publisher

Revd Dr Richard Turnbull (PhD, CA) is Principal of Wycliffe Hall, Oxford. After eight years as a Chartered Accountant in London and Southampton, Richard received a first class honours degree in Theology at Durham University and wrote his doctoral thesis on "Evangelical Theology and Social Reform in the Nineteenth Century." He researches, writes and speaks in these areas. He has recently published Anglican and Evangelical? (Continuum 2007) and is currently undertaking research projects in Evangelical Spirituality and The Future of Evangelicalism, and has contributed to the forthcoming volume Leadership in Mission Shaped Churches .