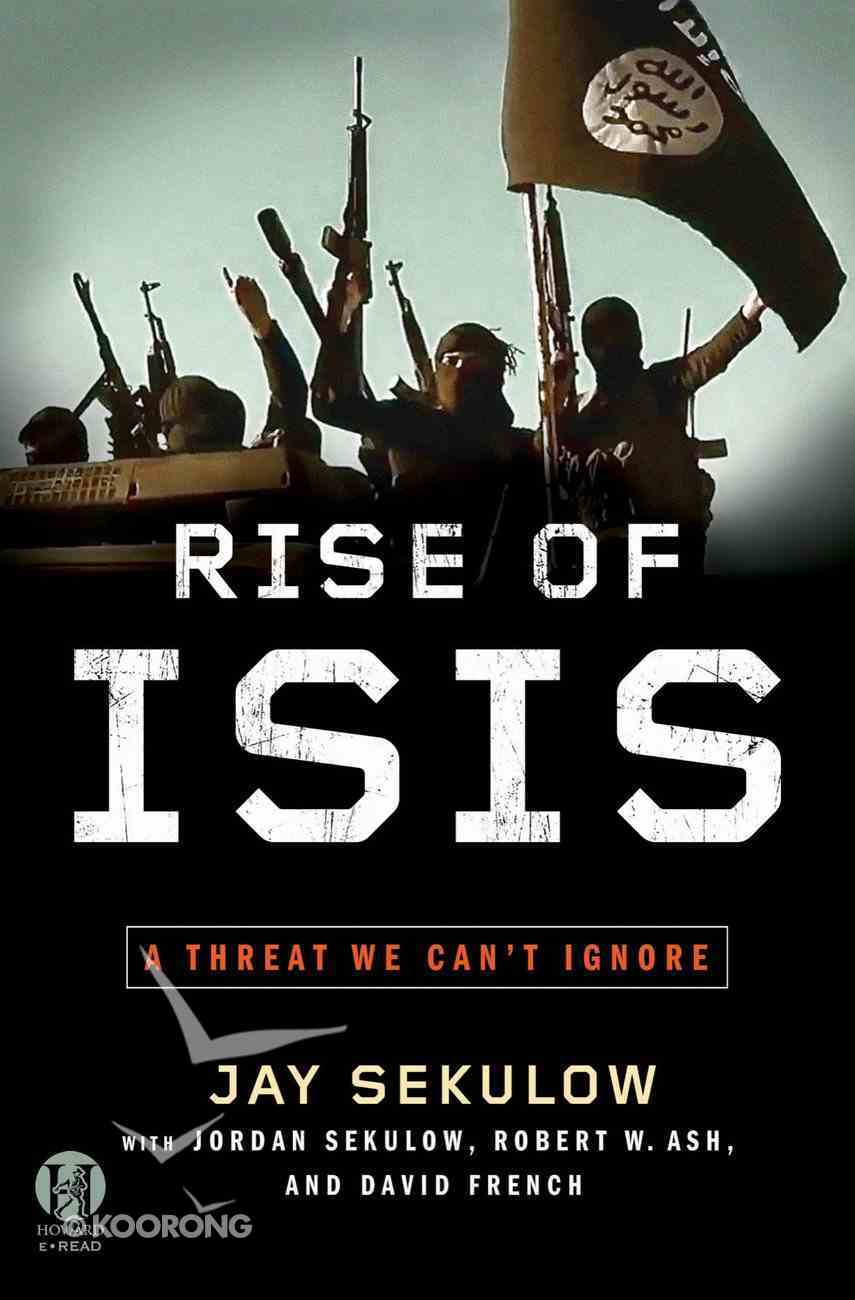 THE DEFINITIVE BOOK ON ISIS Jay Sekulow, one of America's most influential attorneys, closely examines the rise of the terrorist groups ISIS and Hamas, explains their objectives and capabilities and how, if left undefeated, their existence could unleash a genocide...

They Say We Are Infidels: On the Run With Persecuted Christians in the Middle East
Mindy Belz
eBook

THE DEFINITIVE BOOK ON ISIS
Jay Sekulow, one of America's most influential attorneys, closely examines the rise of the terrorist groups ISIS and Hamas, explains their objectives and capabilities and how, if left undefeated, their existence could unleash a genocide of historic proportions.

Recently, the world has been shaken by gruesome photos and videos that have introduced us to the now infamous terrorist group known as ISIS. The world's wealthiest and most powerful jihadists, ISIS originated within Al Qaeda with the goal of creating an Islamic state across Iraq and Syria and unrelenting jihad on Christians. Separate from ISIS, the terrorist group Hamas has waged an equally brutal war against Israel. Both groups, if left undefeated, have the potential to unleash a catastrophic genocide.

Rise of ISIS gives a better understanding of the modern face of terror, and provides an overview of the laws of war and war crimes. These laws differentiate between the guilty and innocent, and explain why the US military and the Israeli Defense Forces are often limited in their defensive measures.

The authors' firsthand experience, including multiple appearances before the Office of the Prosecutor, International Criminal Court at The Hague, along with direct contact battling jihadists during operation Iraqi Freedom lends insight into this important geopolitical issue.

A must-have for anyone who wants to better understand the conflict that exists in the middle east, this well-researched and fully annotated volume is invaluable in revealing how this new brand of terrorism poses a very real threat to Americans and the world at large. It also serves as a guide to what we as individuals-and as a nation-can do to stop this escalating violence, prevent jihad, and protect Israel and America from this imminent threat.

Includes an exclusive track from the Jay Sekulow Band, "Where I Stand," a moving tribute to the persecuted Christians in Iraq.
-Publisher

Jay Sekulow is widely regarded as one of the foremost free speech and religious liberties litigators in the United States, having argued twelve times before the US Supreme Court in some of the most groundbreaking First Amendment cases of the past quarter century. As Chief Counsel of the American Center for Law and Justice (ACLJ), he is a renowned constitutional attorney and an acclaimed and distinguished broadcaster. He is also a popular talk radio host and Fox News commentator. Visit him online at ACLJ.org.

Coronavirus and Christ: What is God Doing Through the Coronavirus?
John Piper
Paperback

Is This the End?: Signs of God's Providence in a Disturbing New World
David Jeremiah
Paperback

Virus as a Summons to Faith: Biblical Reflections in a Time of Loss, Grief, and Anxiety
Walter Brueggemann
Paperback

Whose Promised Land? the Continuing Crisis Over Israel and Palestine (& 2015)
Colin Chapman
Paperback