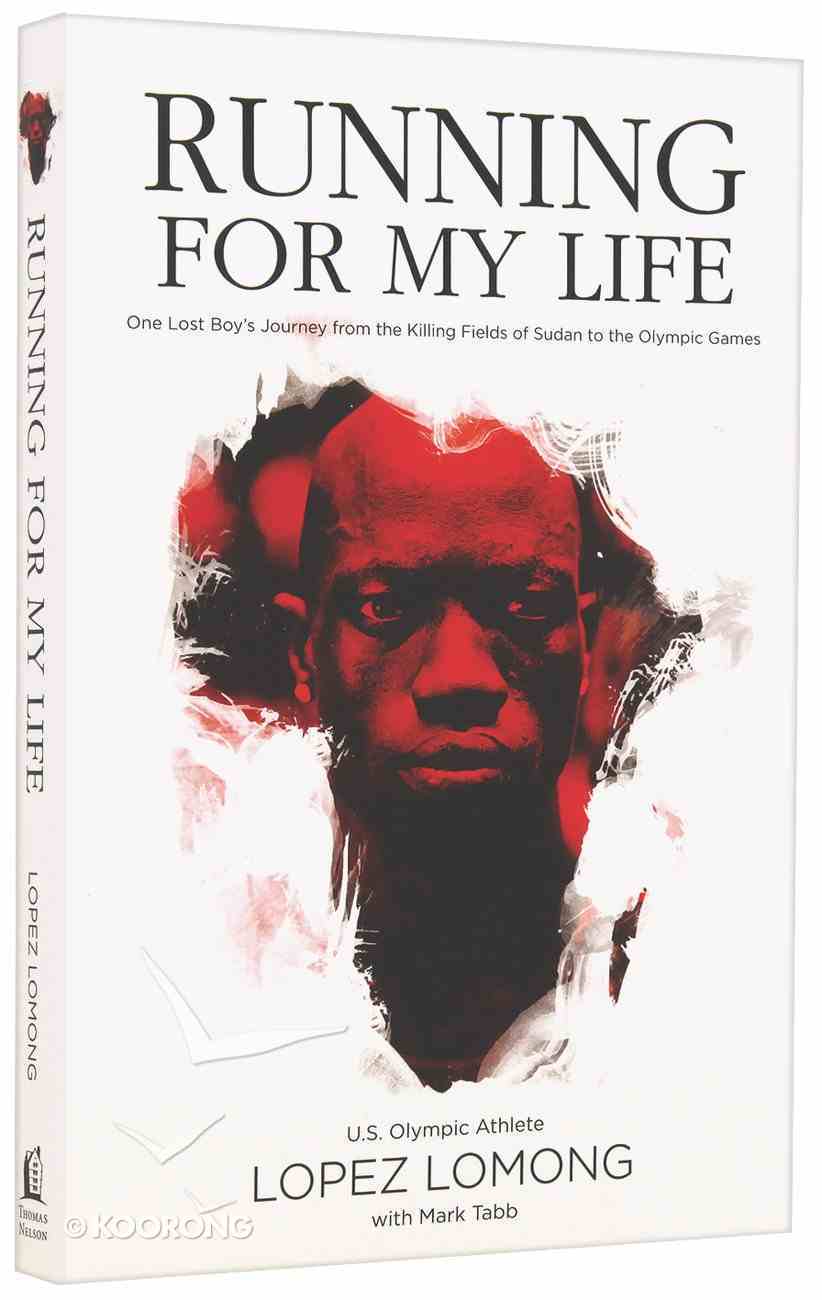 Running For My Life: One Lost Boy's Journey From the Killing Fields of Sudan to the Olympic Games

Lopez Lomong shares the uplifting true story of his transformation from 'lost boy' of the horrific Sudanese civil war to US Olympic track and field star. "Powerful proof that God gives hope to the hopeless and shines a light in...

Lopez Lomong shares the uplifting true story of his transformation from 'lost boy' of the horrific Sudanese civil war to US Olympic track and field star. "Powerful proof that God gives hope to the hopeless and shines a light in the darkest places." - Richard Stearns, President, World Vision US.

June 2012 - World Vision announces partnership with U.S. Olympian Lopez Lomong, former Sudan 'lost boy', in an attempt to help children living in poverty in Kenya and South Sudan. Lomong is headed to London and then Africa after the Games.

Running for My Life is not a story about Africa or track and field athletics. It is about outrunning the devil and achieving the impossible faith, diligence, and the desire to give back. It is the American dream come true and a stark reminder that saving one can help to save thousands more.

Lopez Lomong chronicles his inspiring ascent from a barefoot lost boy of the Sudanese Civil War to a Nike sponsored athlete on the US Olympic Team. Though most of us fall somewhere between the catastrophic lows and dizzying highs of Lomong's incredible life, every reader will find in his story the human spark to pursue dreams that might seem unthinkable, even from circumstances that might appear hopeless.

Lomong, 27, was one of the "Lost Boys of Sudan." Kidnapped from his family at age 6 to be trained as a child soldier, but rejected because of his small size, he managed to escape and spent the next 10 years in a refugee camp, before a family in the U.S. adopted him. Lomong was eventually reunited with his family in Africa. Now his sights are set on helping children and families living in poverty in the Sudan. Partnering with World Vision Lomong's 4 South Sudan's mission is to meet the needs of the South Sudanese people through water, healthcare, education, and nutrition. For more info go to http://lopezlomong.com/foundation/

"Lopez Lomong's story is one of true inspiration. His life is a story of courage, hard work, never giving up, and having hope where there is hopelessness all around. Lopez is a true role model."
- MICHAEL JOHNSON, Olympic Gold Medalist

"This true story of a Sudanese child refugee who became an Olympic star is powerful proof that God gives hope to the hopeless and shines a light in the darkest places. Don't be surprised if after reading this incredible tale, you find yourself mysteriously drawn to run alongside him."
- RICHARD STEARNS, president, World Vision US and author of The Hole in Our Gospel

Lopez Lomong was born in Kimotong, a small village in southern Sudan, in 1985. Taken by rebel soldiers from the Sudan People's Liberation Army at age 6, Lomong embarked on the long journey from refugee camps to the world's largest athletic stage-the Olympics. Founder of the Lopez Lomong Foundation, Lomong spends each day working to improve the lives of children in his homeland.

Running For My Life
Lopez Lomong, Mark A Tabb
Paperback

Running For My Life
Lopez Lomong, Mark A Tabb
Hardback