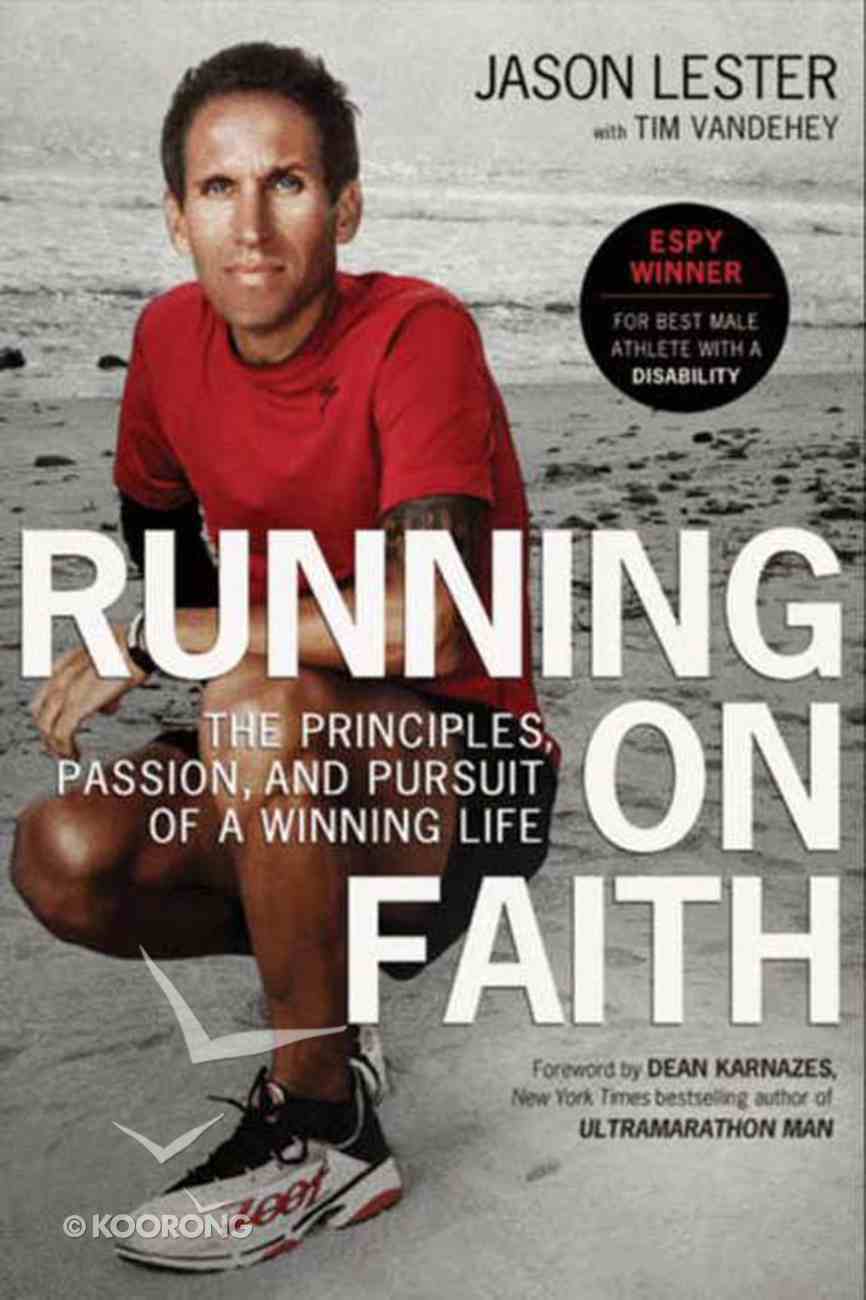 In 2008, Jason Lester became the first person with a disability to finish the Ultraman World Championship alongside able-bodied competitors. With the use of only three limbs, Jason competed in one of the most demanding endurance races in the world,...

Through My Eyes
Tim Tebow
eBook

The Practice of Saying No
Barbara Brown Taylor
eBook

In 2008, Jason Lester became the first person with a disability to finish the Ultraman World Championship alongside able-bodied competitors. With the use of only three limbs, Jason competed in one of the most demanding endurance races in the world, swimming 6.2 miles, biking 261.4 miles, and running 52.4 miles to the finish line. Jason has completed over seventy triathlons, biathlons, marathons, Ironmans, and Ultramans. In 2009, he became the first male triathlete to win an ESPY Award and the fifteenth athlete in the history of Ultraman to complete both the Ultraman World Championship and Ultraman Canada in the same year.


Yet Jason Lester's life as an athlete almost never happened. When a speeding car ran a red light, a bike ride to the local video store nearly became Jason's last, sending him 130 feet into the air and ultimately to the hospital with twenty broken bones. The pain was intense and long rehabilitation grueling, compounded by the sudden death of his father (his best friend and mentor) and the realization that his right arm was paralyzed. Only twelve years old and struggling to heal amid the grief, Jason miraculously found the strength to fight his way back. Without the use of his arm, he refused to give up the sports he'd grown to love, recommitting himself to life and ultimately surpassing goals that few dared to set.


Running on Faith reveals how to develop the mind-set of a true competitor and includes riveting stories of the precarious and often unforeseen conditions encountered on the race path-jellyfish-infested waters, suffocating heat, and blinding sheets of rain. With passion, dedication, and strength of purpose, Jason shares his experience facing extreme challenges head-on, gleaning insight from each trial. He offers the principles he's learned to live by in order to accomplish his goals and shows how they can be applied to the tests we all face. An inspirational guide to overcoming adversity, recognizing God's guiding hand in our lives, and achieving our dreams, Running on Faith is a spirited testament to the power of faith.

Jason Lester is one of the world's finest physically challenged extreme athletes. He is the first male triathlete to win ESPN's ESPY award, winning in 2009 for best male athlete with a disability. He has competed in more than seventy races, including the Arizona Ironman, Western Australia Ironman, Hawaii Ironman World Championship, Ultraman Canada, and Ultraman World Championship in Hawaii. He lives and trains in Kailua-Kona, Hawaii.