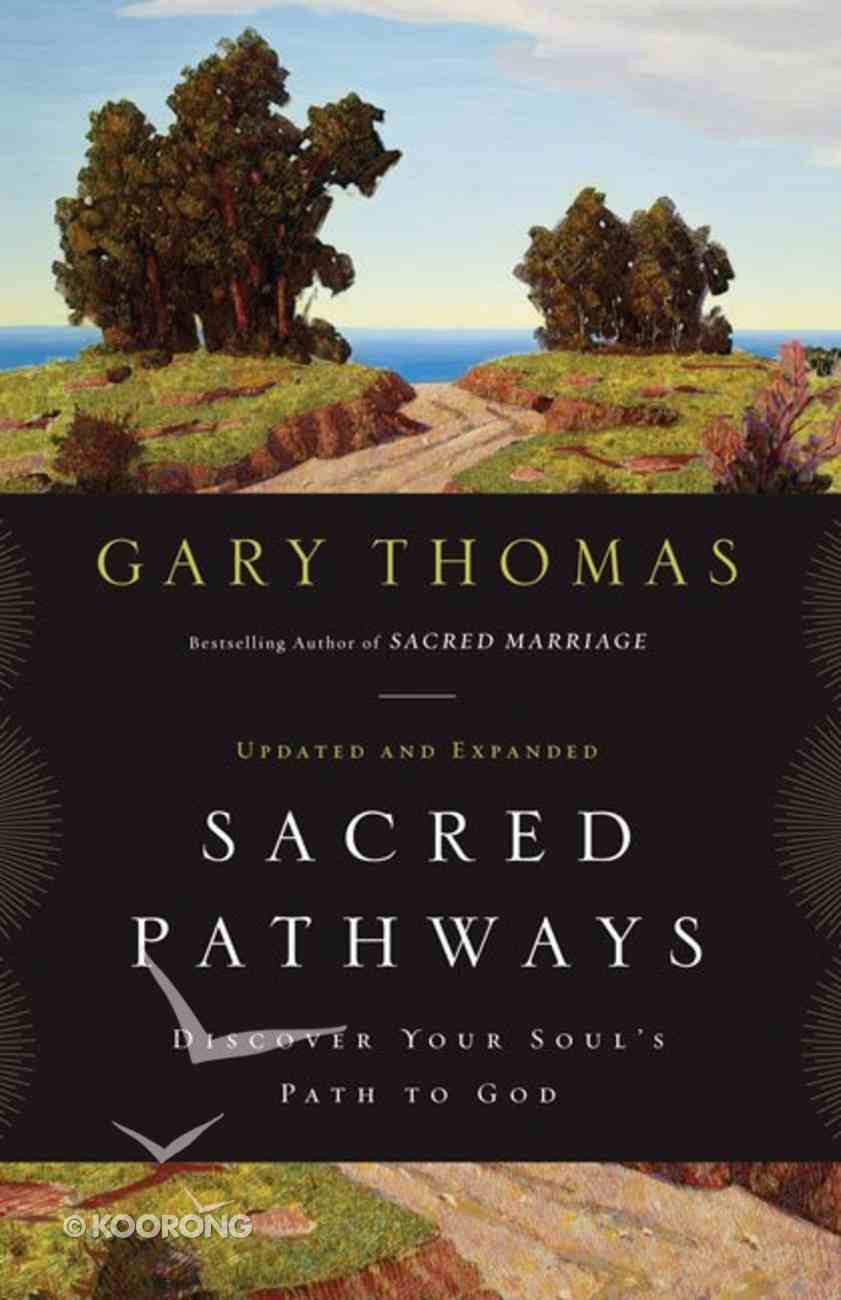 This revised and updated edition of Sacred Pathways will encourage you to see strengths, weaknesses, and tendencies in your devotional approach to God. Gary Thomas, bestselling author of Sacred Marriage, shows you how to improve your quiet time and personal...

This revised and updated edition of Sacred Pathways will encourage you to see strengths, weaknesses, and tendencies in your devotional approach to God. Gary Thomas, bestselling author of Sacred Marriage, shows you how to improve your quiet time and personal worship life so you can strengthen your walk with the Lord.
-Publisher

Some Christians effortlessly spend hours in contemplative prayer. Just being around them makes you wish you were that way. Or maybe you are that way, but others are far better at showing God's love in practical ways or courageously standing up for God's kingdom. Why can't you be like them? Maybe you weren't designed to be. In this revised and updated edition of Sacred Pathways, Gary Thomas strips away the frustration of a one-size-fits-all spirituality and guides you toward a path of worship that frees you to be you. Experienced spiritual directors recognize that all of us pray differently; if your devotional times have hit a snag, perhaps it is because you're trying to follow someone else's path. This book explodes the barriers that keep Christians locked into rigid methods of worship and praise. Sacred Pathways unfolds nine distinct spiritual temperaments---their traits, strengths, and pitfalls. Illustrated with examples from the Bible and from the author's life experience, each one suggests an approach to loving God through a distinctive journey of adoration. In one or more you will see yourself and the ways you most naturally express your relationship with Jesus Christ. You'll also discover other temperaments that are not necessarily 'you' but that you may wish to explore for the way they can stretch and invigorate your spiritual life. Perhaps you are a Naturalist. Prayer and praise well up within you when you're walking a forest path or drinking in a mountain's jagged beauty. Or maybe you're an Activist. Taking a stand for God's ways is your meat and drink. Whatever temperament or blend of temperaments best describes you, rest assured it's not by accident. It's by the design of a Creator who knew what he was doing when he made you according to his own unique intentions. If your spiritual walk is not what you'd like it to be, you can change that, starting here. Sacred Pathways will show you the route you were made to travel, marked by growth and filled with the riches of a close walk with God.
-Publisher

Unseen Footprints: Encountering the Divine Along the Journey of Life
Sheridan Voysey
Paperback