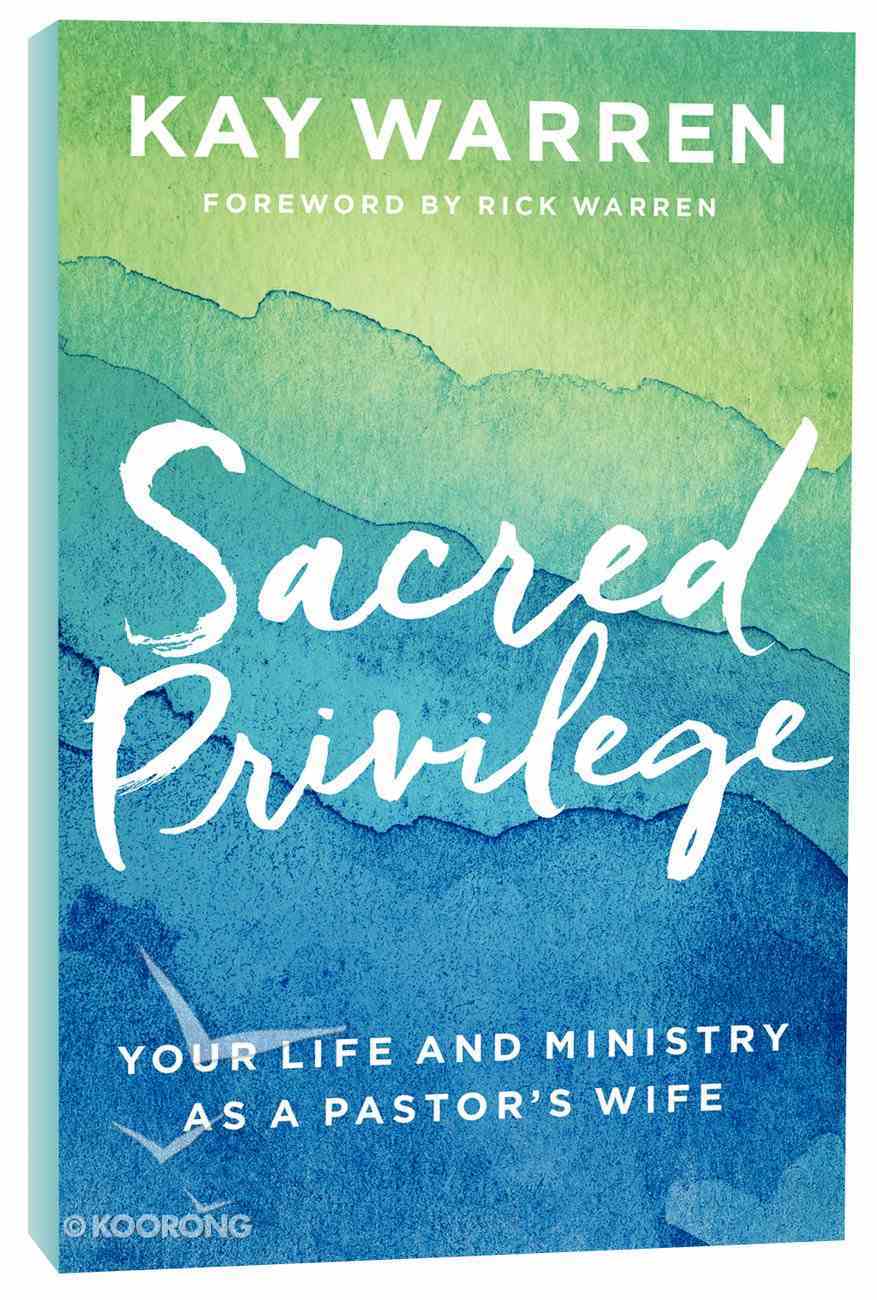 Sacred Privilege: The Life and Ministry of a Pastor's Wife

"My passionate prayer is that every pastor's wife will get to read this book, because it could save your life, marriage, family, and ministry from a lot of unnecessary pain. And it can help make the rest of your life,...

Sacred Privilege: The Life and Ministry of a Pastor's Wife
Kay Warren
Hardback

Sacred Privilege: Your Life and Ministry as a Pastor's Wife
Kay Warren
Paperback

"My passionate prayer is that every pastor's wife will get to read this book, because it could save your life, marriage, family, and ministry from a lot of unnecessary pain. And it can help make the rest of your life, the best of your life."--Rick Warren


Life as a pastor's wife offers meaningful opportunities to play a significant part in God's work, to witness and participate in the beauty of changed lives. Yet it also carries the potential for deep wounds and great conflict that can drain the joy out of service. Is it worth it? Oh yes, says Kay Warren, cofounder of Saddleback Church. It is more than worth the risk--it's a sacred privilege.

Drawing on more than forty years in ministry, Kay provides encouraging principles and life lessons, along with intimate personal stories, that will give you the confidence you need to lead and live well. You'll learn to

Whether you are excited, struggling, or feeling broken and tired, you will find hope and encouragement for your calling in Kay's warm and wise words.


Yours is a role unlike any other. No matter what size church you and your husband serve in, whether you came into the role of pastor's wife with eager anticipation or with hesitation and a protective shell around your heart, the role of a pastor's wife is unique. With candor and compassion, Kay Warren, co-founder of Saddleback Church, pastor's wife, and pastor's daughter, offers tremendous encouragement about your role, including

- the significance and impact pastors' wives have in the Body of Christ
- an inside look at the ups and downs of this special role
- affirmation that the rewards are worth the effort, pain, and loss of privacy
- invaluable advice for living with the pressure of a public position

As you fulfill this unique calling, this sacred privilege, Kay's words will be a gift in every season of your ministry.

Sacred Privilege: Your Life and Ministry as a Pastor's Wife
Kay Warren
Paperback