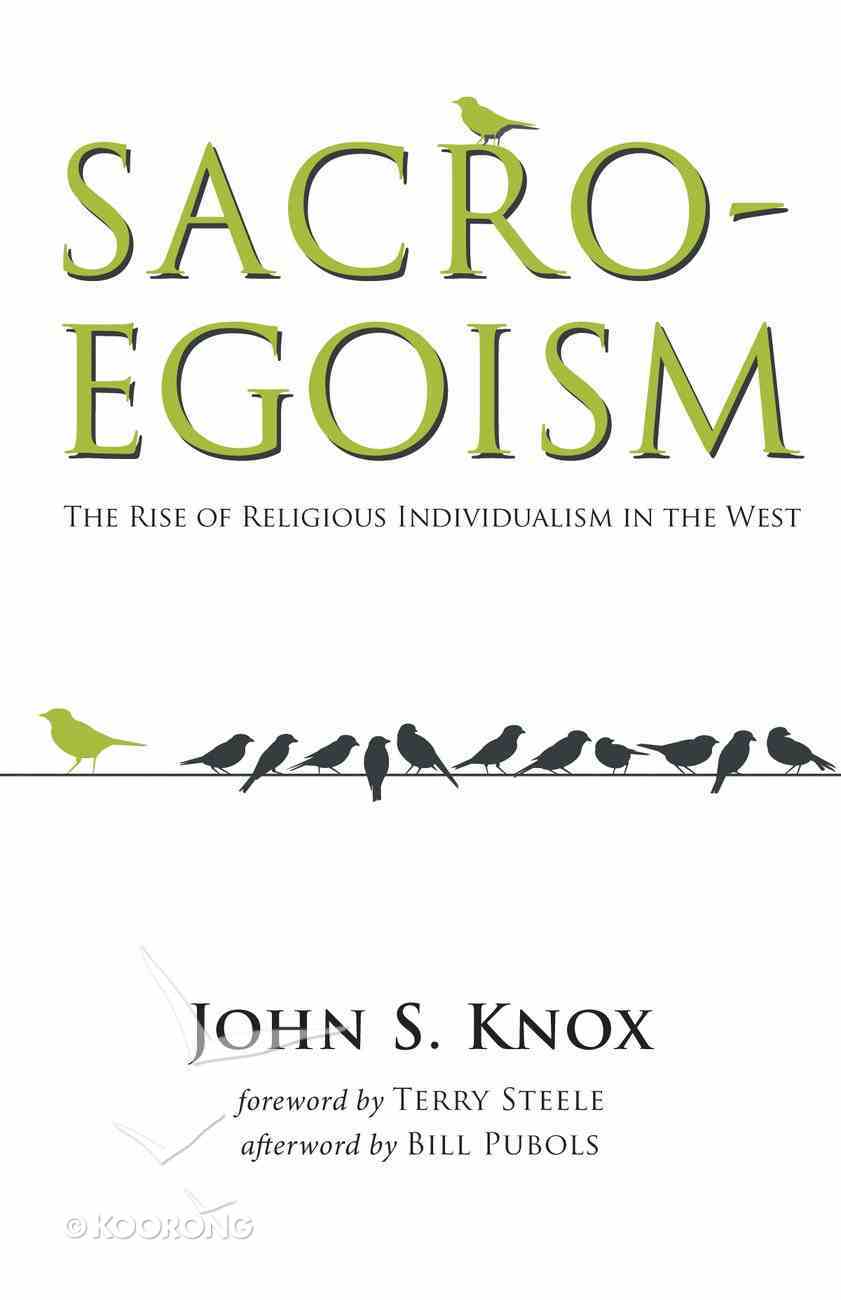 Sacro-Egoism: The Rise of Religious Individualism in the West

Sacro-Egoism: The Rise of Religious Individualism in the West discusses the relationship between secularization, participation in religious practices and belief, and the emergence of radical individualized expressions of faith in the West. Using McMinnville, Oregon, as a case study, it...

Sacro-Egoism: The Rise of Religious Individualism in the West discusses the relationship between secularization, participation in religious practices and belief, and the emergence of radical individualized expressions of faith in the West. Using McMinnville, Oregon, as a case study, it presents the data collected and analyzed from several churches, denominations, and spiritual settings in that unassuming town, and compares it to the results of Heelas and Woodhead's ""Spiritual Revolution"" project, arriving at a provocative conclusion. Rather than abandoning Christianity for alternative spirituality practices, McMinnville citizens still feel strongly about their Christian faith, taking their spiritual walk to a more personal level than ever before in church history. Utilizing both quantitative and qualitative research, along with personal stories of faith and exploration from McMinnville residents themselves, Sacro-Egoism: The Rise of Religious Individualism in the West tells a story of radical individualists who have become the highest religious authority in their lives--even over the church, the Bible, and traditional Christian society. ""This book is a must-read for all sociologists of religion.John Knox's theorization of Sacro-Egoismadds another dimension to the secularization debate and in particular offers an all-important lens on the nature of religiosity in the USA."" --Ben Pink Dandelion, Programmes Leader, Centre for Postgraduate Quaker Studies, Woodbrooke Quaker Study Centre ""Dr. John Knox's study to see the socio-philosophical axioms underpinning the current milieu of Christianity, specifically in our region of the Northwest, reveals just how much the post-enlightenment of self, or ego, has permeated our churches. His review of the many states of the Church serves as a gut-check for the individual Christian, as well as Christian institutions in general."" --William Holtzinger, Pastor, St. Anne Catholic Church, Grants Pass, OR ""Dr. Knox's strong background in Church History, Biblical Studies, and his love for the Church has produced an excellent treatise of the Rise of Individualism and its impact on church practices."" --Timotheos Tsohantaridis, Professor of Biblical Studies and Greek, George Fox University, Newberg, OR ""Dr. Knox thoughtfully exposes a cultural value that's fracturing the impact of the missional church in our western society.As a pastor, I've observed that those who stay engaged with others, even when it's difficult, are the ones who grow in their identity in Christ and their love for others. Radical individualism undermines community, which is a significant aspect of God's redemptive plan."" --Bill Towne, Lead Pastor, Rolling Hills Community Church, Tualatin, OR John S. Knox, PhD, is an online instructor of Apologetics at Liberty University's School of Divinity, and the Scholar-in-Residence at The Biblical Studies Center in Boise, Idaho. He has taught Bible, history, and religion for over a decade at several Christian universities in the Pacific Northwest and the East Coast. He lives in Idaho with his wife, Brenda, and their two sons, Jacob and Joseph. He is the author of The Letter of Alon (2013)."
-Publisher

No More Holding Back: Emboldening Women to Move Past Barriers, See Their Worth, and Serve God Everywhere (Unabridged, Mp3)
Kat Armstrong
CD

No More Holding Back: Emboldening Women to Move Past Barriers, See Their Worth, and Serve God Everywhere (Unabridged, 7 Cds)
Kat Armstrong
CD

No More Holding Back: Empowering Women to Move Past Barriers, See Their Worth, and Serve God Everywhere (Study Guide With Dvd)
Kat Armstrong
Pack

No More Holding Back: Empowering Women to Move Past Barriers, See Their Worth, and Serve God Everywhere (Study Guide)
Kat Armstrong
Paperback

No More Holding Back: Emboldening Women to Move Past Barriers, See Their Worth, and Serve God Everywhere
Kat Armstrong
Paperback