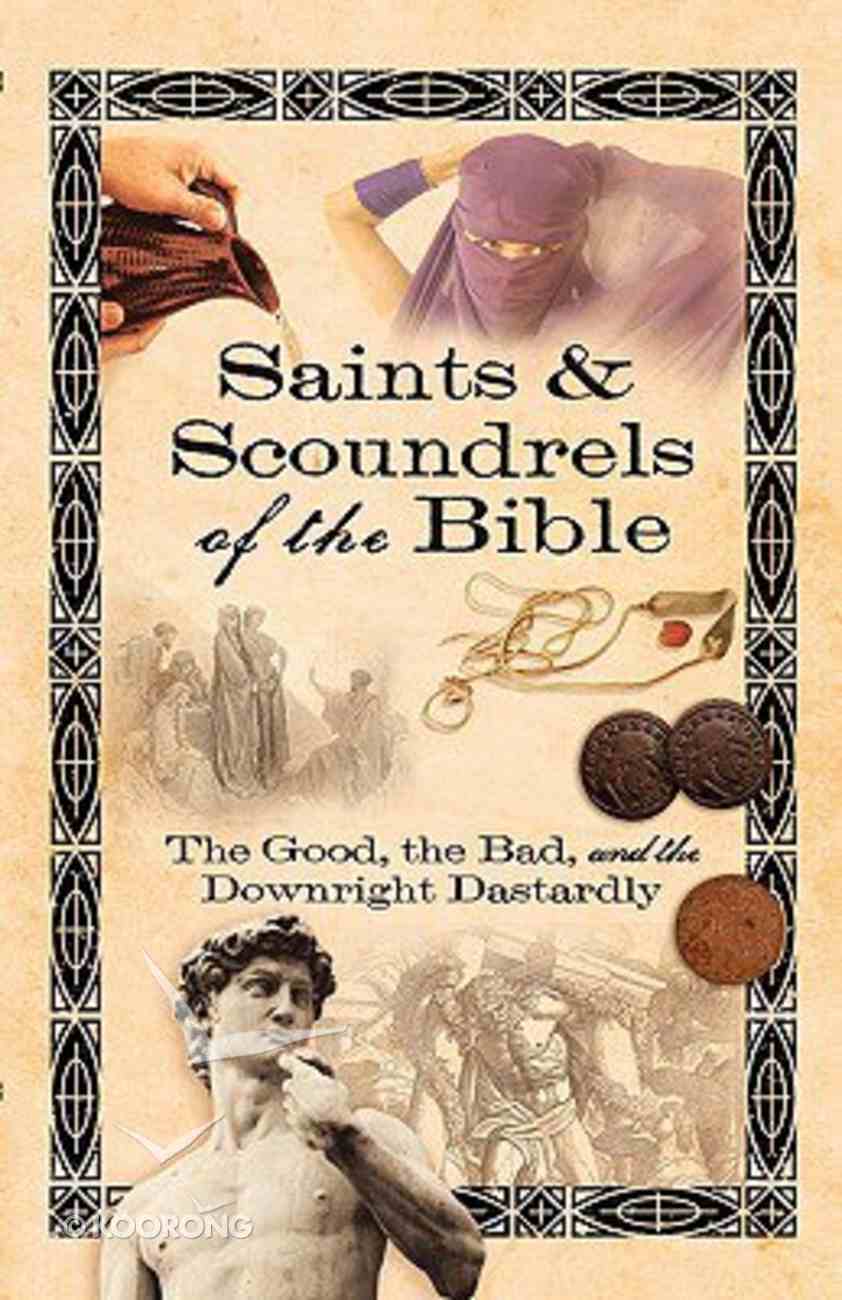 Saints & Scoundrels of the Bible

Discover a new approach to Scripture with this imaginative way of looking at things that are right in front of us, all while delving deep into biblical truths. ^There are many ways to learn about the Bible, even if it...

Saints & Scoundrels of the Bible
eBook

Puzzlements & Predicaments of the Bible
eBook

The Gospels in Art, Music and Literature
David Stancliffe
eBook

Discover a new approach to Scripture with this imaginative way of looking at things that are right in front of us, all while delving deep into biblical truths. ^There are many ways to learn about the Bible, even if it seems to be totally familiar to us. It is, in fact, full of so many little known, interesting stories like the ones that rivet today's audiences -- full of intrigue and surprising changes of character.^Broken up into individual sections, such as "Freaks and Geeks," "Dashers and Vixens," "Big Shots and Mug Shots," "Leaders and Laborers," and "Prophets and Losses," it can be read a bit at a time. "Saints & Scoundrels of the Bible" reveals many of the little-known facts about Scripture in an entertaining and informative manner, so the reader will be fascinated and constantly saying, "I didn't know that "^With chapters such as "The Trickster Trailed," "The Perils of Paul," "Tempting Tamar," "A Greedy Grandmother," and "The Deadly Dance," readers will turn each page to
-Publisher

Introduction Part One: Winners and Whiners Extreme Exit -- Part 1: Enoch Is Taken by God (Genesis 5:21-24) Sibling Rivalry: Miriam and Aaron Whine About Moses's Leadership (Numbers 12) Learning the Hard Way: The Israelites Whine About Entering the Promised Land (Numbers 13-14) Grim Results of Grumbling: Korah, Dathan, and Abiram Whine About Moses's Leadership (Numbers 16) A Wanton Woman Wins: Rahab, the Prostitute, Chooses the Hebrews' God (Joshua 2) Finding Faith: Ruth Stays with Naomi and Chooses Loyalty and Faith (Ruth 1-4) A Fool and His Honey Are Soon Parted: Abigail Defuses a Bad Situation and Gets Rid of a Bad Husband (1 Samuel 25) Whining over a Winery: Ahab Whines About Wanting Naboth's Vineyard (1 Kings 21) Extreme Exit -- Part 2: Elijah Is Taken to Heaven in a Chariot of Fire (2 Kings 2:1-18) For Such a Time as This: Esther Risks Her Life for Her People (Esther 4-5) Woman on the Edge: Job's Wife Whines About Her Pain (Job 2:9) The Lion Sleeps Tonight: Daniel's Faithfulness to God Earns Him a Place in a Den of Lions (Daniel 6) An Unjust Jonah: Jonah Whines When the Plant Wilts and Nineveh Isn't Destroyed (Jonah 4) Hunt for the Magi: The Magi Escape Herod's Clutches (Matthew 2:1-12) The Whole Truth: Apollos Learns the Full Gospel Message (Acts 18:24-28) Part Two: Big Shots and Mug Shots The First Fratricide: Cain Murders His Brother Abel (Genesis 4:1-17) Achin' Achan: Achan's Greed Causes Him to Lose Everything (Joshua 7) Quest for Fire: Nadab and Abihu Die After Offering Unauthorized Fire to God (Leviticus 9:1-10:7) She Nailed It: Jael Kills Sisera and Fulfills Deborah's Prophecy (Judges 4:17-24) Curse for a King: Shimei Curses King David (2 Samuel 16:5-14; 19:9-23) North versus South: The Two King "Boam's" (Reho- and Jero-) Ruin Their Respective Nations (1 Kings 11-12) The Siege: King Hezekiah of the Tiny Nation of Judah Versus King Sennacherib of the Assyrian Empire (Place Your Bets) (2 Kings 18-19; 2 Chronicles 32; Isaiah 36-37) A Taxing Situation: Zacchaeus, a Tax Collector, Finds All He Needs in Jesus (Luke 19:1-10) Nick at Night: Nicodemus, a Religious Leader, Comes to Jesus at Night (John 3:1-21, 7:50, and 19:39) We Three Kings -- and Paul: Paul Pleads His Case before Felix, Festus, and Agrippa (Acts 24-26) Divisive Diotrephes: Diotrephes's Pride Causes Problems (3 John 9-11) Part Three: Leaders and Laborers An Ark in the Park: Noah Builds an Ark on Dry Land (Genesis 6:9-22) Tower of Trouble: Some People Try to Build a Tower to Heaven (Genesis 11:1-9) Say Uncle! Abram (Abraham) Amasses an Army to Pursue His Captured Nephew Lot (Genesis 14:1-16) Death on the Nile: Midwives Labor Against a Bad Leader -- and Save the Hebrew Boys (Exodus 1) The Burden of Bricks: The Hebrew People Slave Away in Egypt (Exodus 1-6) The Gift That Keeps on Giving: Bezalel and Oholiab Use Their Gifts (Exodus 31:1-11) Only the Lonely: Caleb and Joshua Stand Alone Against the Crowd (Numbers 13-14) Just Do It: Joshua Steps into Really Big Shoes (Joshua 1:1-9) A Monumental Task: As They Enter the Promised Land, the Israelites Celebrate with Twelve Stones (Joshua 3-4) Under Construction: Solomon Drafts Workers to Build Israel's First Temple (2 Chronicles 2-3) Extreme Makeover: Interior Edition: Zerubbabel and Jeshua Start from the Inside Out While Renovating the Temple (Ezra 3) Extreme Makeover: Exterior Edition: The People Rebuild the Wall of Jerusalem in Fifty-two Days (Nehemiah 3) The Man Who Stunned Jesus: A Roman Centurion Amazes Jesus with His Faith (Matthew 8:1-10) An Equal Share: Jesus Tells the Parable of the Laborers and Their Wages (Matthew 20:1-16) Pilate Procrastinates: Pontius Pilate Can't Make Up His Mind About Jesus (Matthew 27:11-26; Mark 15:1-15; Luke 23:1-25; John 18:28-19:16) A Labor of Love: Friends of a Paralyzed
-Publisher