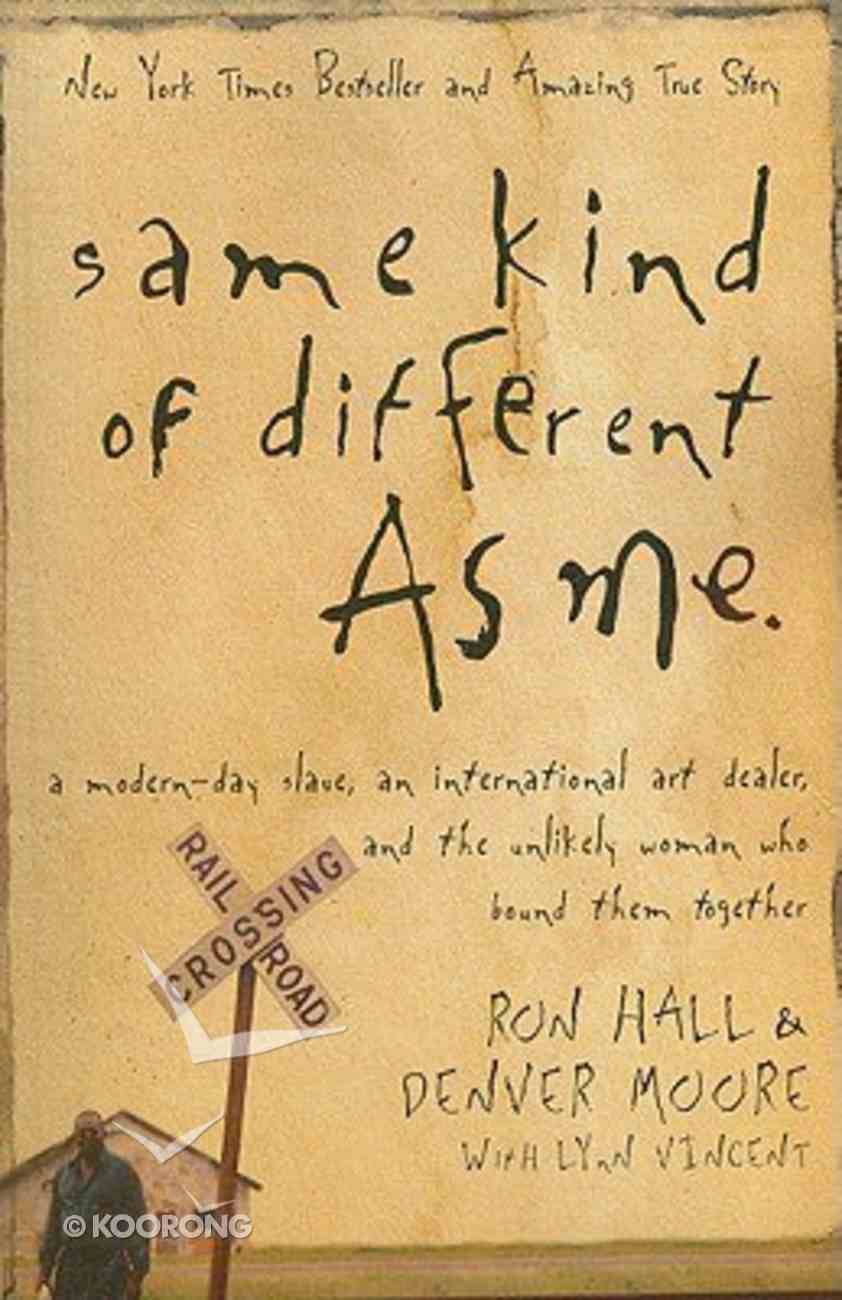 Same Kind of Different as Me (Large Print)

A dangerous, homeless drifter who grew up picking cotton in virtual slavery. An upscale art dealer accustomed to the world of Armani and Chanel. A gutsy woman with a stubborn dream. A story so incredible no novelist...

A dangerous, homeless drifter who grew up picking cotton in virtual slavery.


It begins outside a burning plantation hut in Louisiana . . . and an East Texas honky-tonk . . . and, without a doubt, in the heart of God. It unfolds in a Hollywood hacienda . . . an upscale New York gallery . . . a downtown dumpster . . . a Texas ranch.


Gritty with pain and betrayal and brutality, this true story also shines with an unexpected, life-changing love.

Meet Denver, a man raised under plantation-style slavery in Louisiana in the 1960s; a man who escaped, hopping a train to wander, homeless, for eighteen years on the streets of Dallas, Texas. No longer a slave, Denver's life was still hopeless - until God moved. First came a godly woman who prayed, listened, and obeyed. And then came her husband, Ron, an international art dealer at home in a world of Armani-suited millionaires. And then they all came together.

Same Kind of Different As Meis their story: an emotional tale of pain and laughter, doubt and tears, dug out between the bondages of this earth and the free possibility of heaven. No reader will ever forget it.
-Publisher