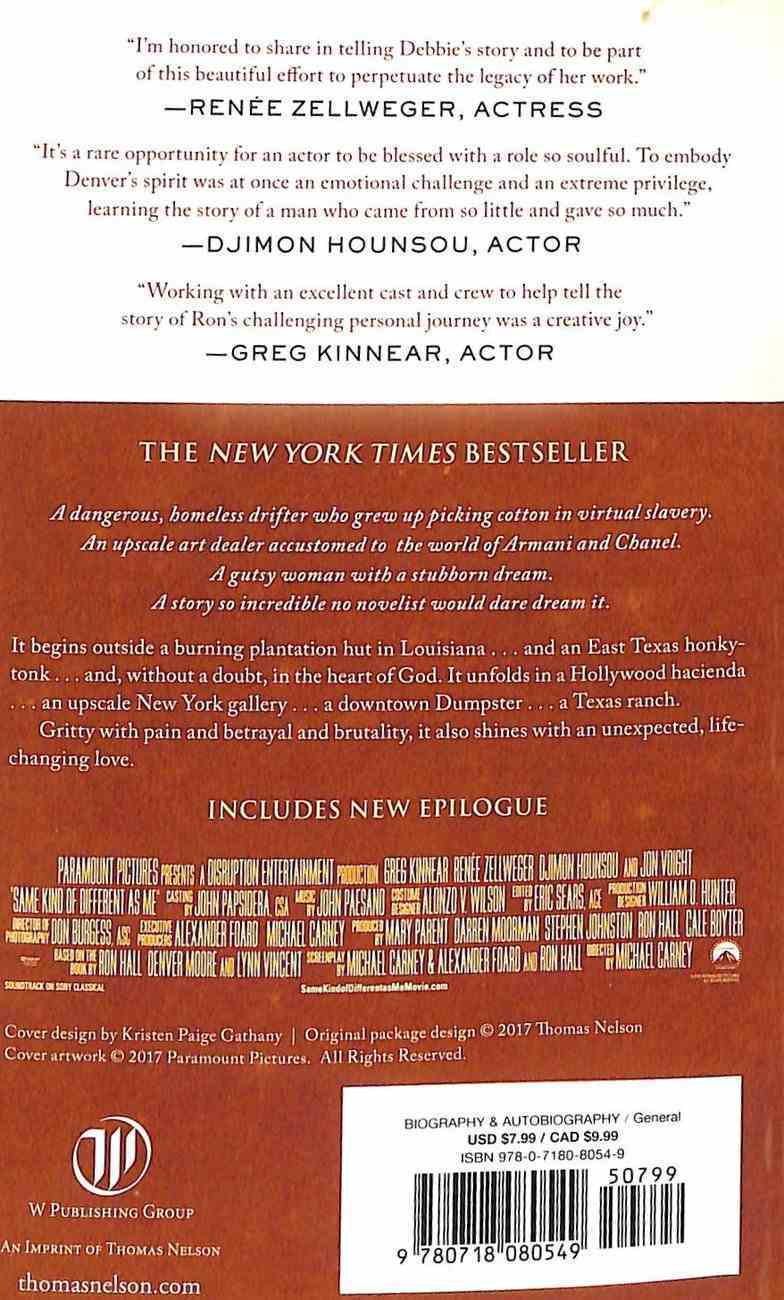 A dangerous, homeless drifter who grew up picking cotton in virtual slavery. An upscale art dealer accustomed to the world of Armani and Chanel. A gutsy woman with a stubborn dream. A story so incredible no novelist...

50 available
Expected to ship within 14 hours from Australia.
Learn More
Free Shipping
for orders over $99.

A dangerous, homeless drifter who grew up picking cotton in virtual slavery.

An upscale art dealer accustomed to the world of Armani and Chanel.

A gutsy woman with a stubborn dream.

A story so incredible no novelist would dare dream it.

It begins outside a burning plantation hut in Louisiana...and an East Texas honky-tonk ...and, without a doubt, in the heart of God. It unfolds in a Hollywood hacienda ...an upscale New York gallery ...a downtown dumpster...a Texas ranch. Gritty with pain and betrayal and brutality, it also shines with an unexpected, life-changing love. This incredible retelling now includes an interview with the authors and a reader's guide that is perfect for individual or group study.

"The most inspirational and emotionally gripping story of faith, fortitude, and friendship I have ever read. A powerful example of the healing, restorative power of forgiveness and the transformational, life changing power of unconditional love."
- Mark Clayman, Executive Producer for the Academy Award-nominated The Pursuit of Happyness

"Denver Moore and Ron Hall's story is one that moved me to tears. The friendship that forms between these two men at a time when both were in great need is an inspiration to all of us to be more compassionate to everyone we come in contact with. This is truly a wonderful book!"
- Mrs. Barbara Bush