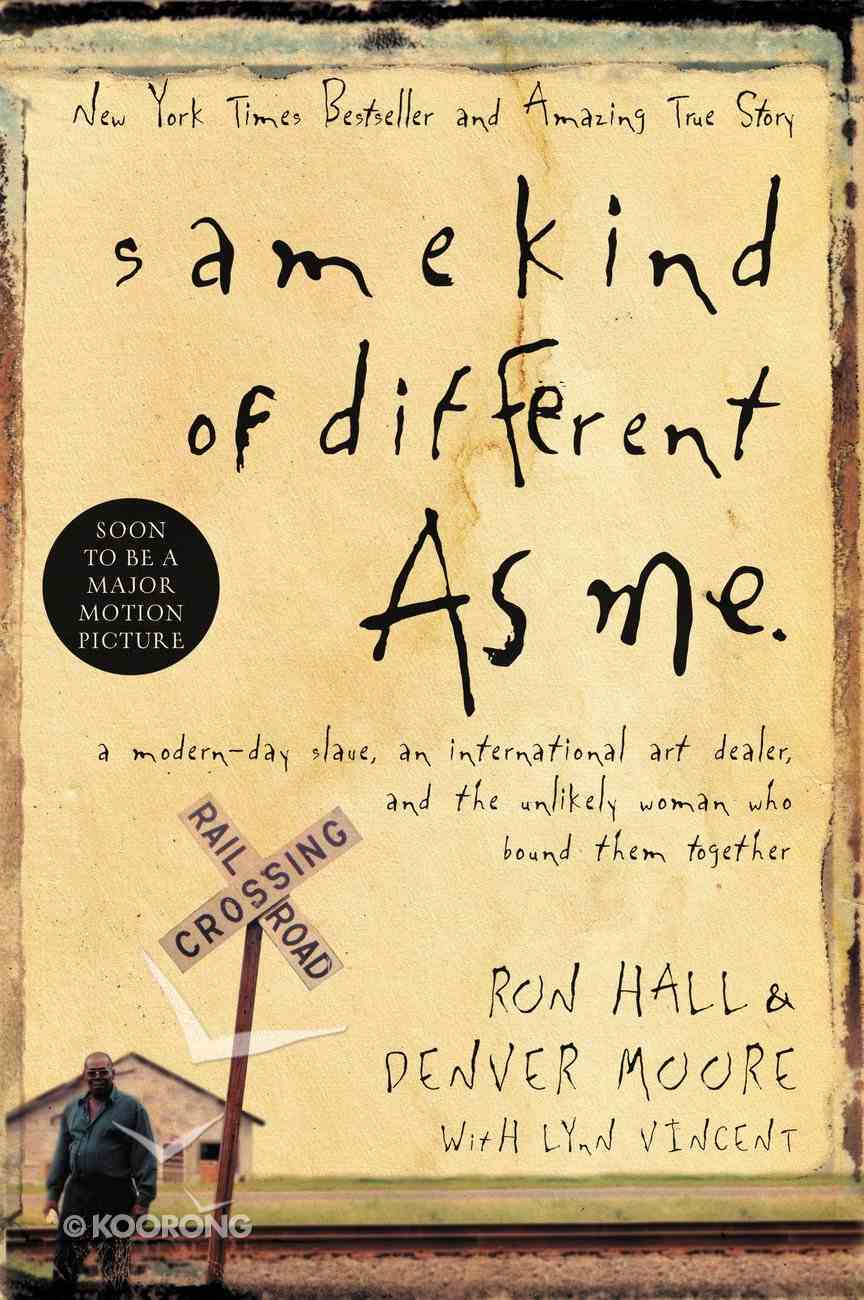 Same Kind of Different as Me

Meet Denver, raised under plantation-style slavery in Louisiana until he escaped "da Man" - in the 1970s - after more than 30 years, by hopping a train. Then, after another 18 homeless years on the streets of Dallas, God moved...and...

Meet Denver, raised under plantation-style slavery in Louisiana until he escaped "da Man" - in the 1970s - after more than 30 years, by hopping a train. Then, after another 18 homeless years on the streets of Dallas, God moved...and a godly woman prayed, and listened, and obeyed. And mountains began to move, beginning with her husband, Ron, an international art dealer accustomed to the foo-foo world of Armani suits and art-collecting millionaires. Then the story takes a devasting twist when Deborah discovers she has cancer. Will Deborah live or die? Will Denver learn to trust a white man? Will Ron embrace his dying wife's vision to rescue Denver? Or will Denver be the one rescuing Ron? There's pain and laughter, doubt and tears, and in the end a triumphal story that readers will never forget.
-Publisher

Meet Denver, a man raised under plantation-style slavery in Louisiana "in the 1960s"; a man who escaped, hopping a train to wander, homeless, for eighteen years on the streets of Dallas, Texas. No longer a slave, Denver's life was still hopeless-until God moved. First came a godly woman who prayed, listened, and obeyed. And then came her husband, Ron, an international arts dealer at home in a world of Armani-suited millionaires. And then they all came together. ^ But slavery takes many forms. Deborah discovers that she has cancer. In the face of possible death, she charges her husband to rescue Denver. Who will be saved, and who will be lost? What is the future for these unlikely three? What is God doing? ^ "Same Kind of Different As Me" is the emotional tale of their story: a telling of pain and laughter, doubt and tears, dug out between the bondages of this earth and the free possibility of heaven. No reader or listener will ever forget it.
-Publisher