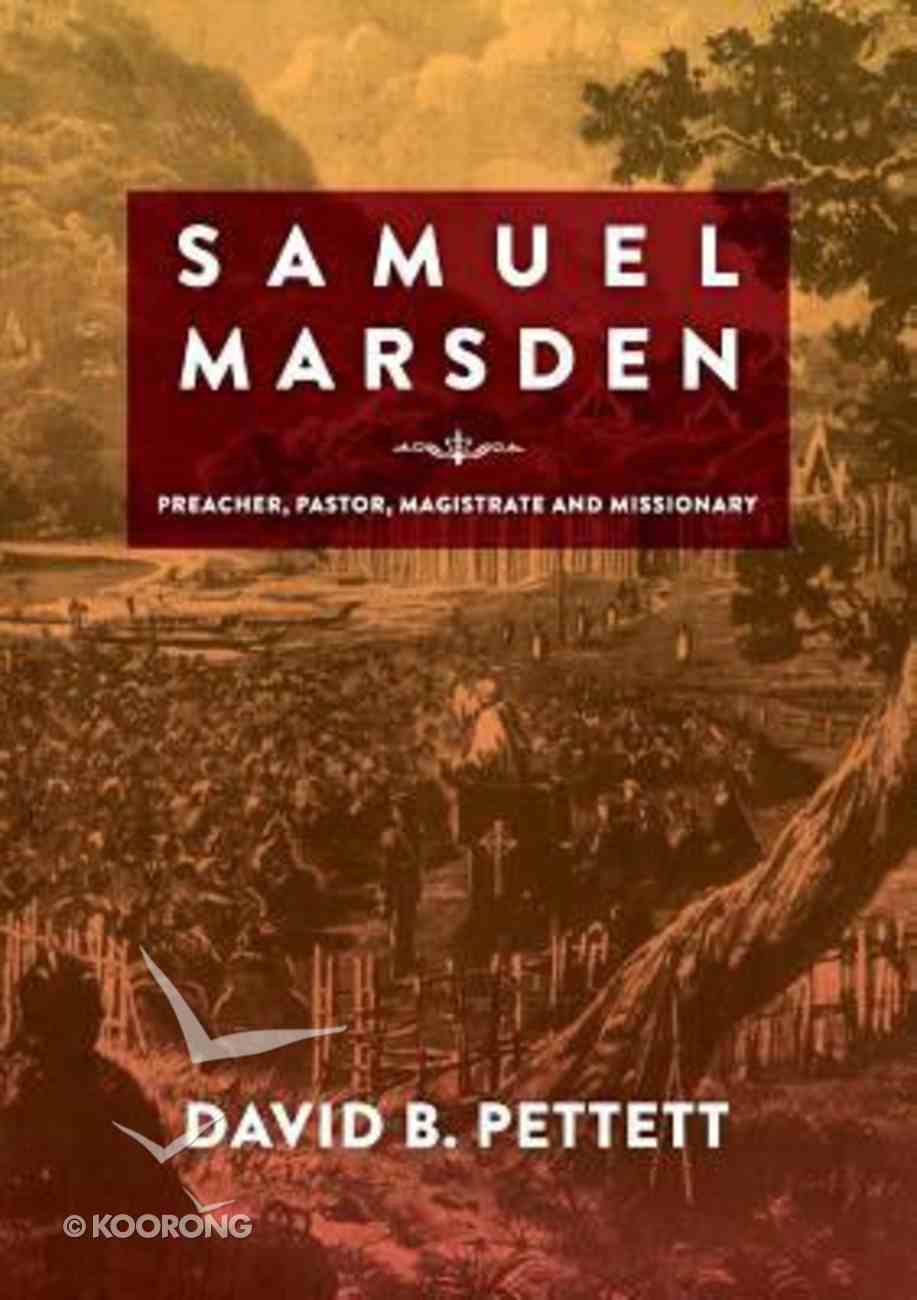 Samuel Marsden. Preacher, Pastor, Magistrate & Missionary is an account of the life of Rev Samuel Marsden (1765-1838), second Chaplain to New South Wales, illuminated by his sermons. Author: David B. Pettett. Influenced by his Methodist roots and by...

Samuel Marsden. Preacher, Pastor, Magistrate & Missionary is an account of the life of Rev Samuel Marsden (1765-1838), second Chaplain to New South Wales, illuminated by his sermons. Author: David B. Pettett.


Influenced by his Methodist roots and by members of the Evangelical Party in the Church of England, especially Rev Charles Simeon of Cambridge, Samuel Marsden was appointed the second Chaplain to the Penal Colony of New South Wales. His Christian supporters saw him as the second Missionary to the South Seas, after Rev Richard Johnson. Part of his duties involved presiding as a magistrate, which became one of the causes of long-standing controversy around his name.


Marsden's missionary concerns included some frustrating efforts to take the gospel to the indigenous people of New South Wales, and an important role in encouraging the missionaries of the London Missionary Society and overseeing their mission in Tahiti. However, Marsden's great passion was to reach the Maori of New Zealand. After years of preparation, he commenced the ministry of some lay settlers of the Church Missionary Society with a sermon preached in the Bay of Islands on Christmas Day 1814. He actively supported this mission until he died.


In New South Wales Marsden fell out of favour with Governor Lachlan Macquarie, especially after a sermon he preached on the death of Judge-Advocate Ellis Bent in 1815. An earlier controversy had arisen with the Governor's Colonial Secretary, who wrote an article attacking Marsden and his missionary enterprises under the pseudonym 'Philo Free'. Marsden charged him with libel, the first such action in New South Wales.


Throughout his life in New South Wales, Marsden was Pastor and Preacher at St John's Church, Parramatta. His sermons show his concern for the people of New South Wales amongst the difficulties and temptations presented by its nature as a brutal Penal Colony.


Despite his human weaknesses, and despite the controversies that surround him, Marsden's sermons show a man who saw himself as a servant of Jesus Christ, seeking to point others to Jesus Christ, so that they might not only live well in the present age, but also have a share in the kingdom of God yet to come.


David Pettett's brief account of Samuel Marsden is well-researched. Previous scholarship has largely ignored Marsden's sermons. By paying attention to his preaching, Marsden's life is illuminated and some of the controversies surrounding him receive nuance, or even correction.