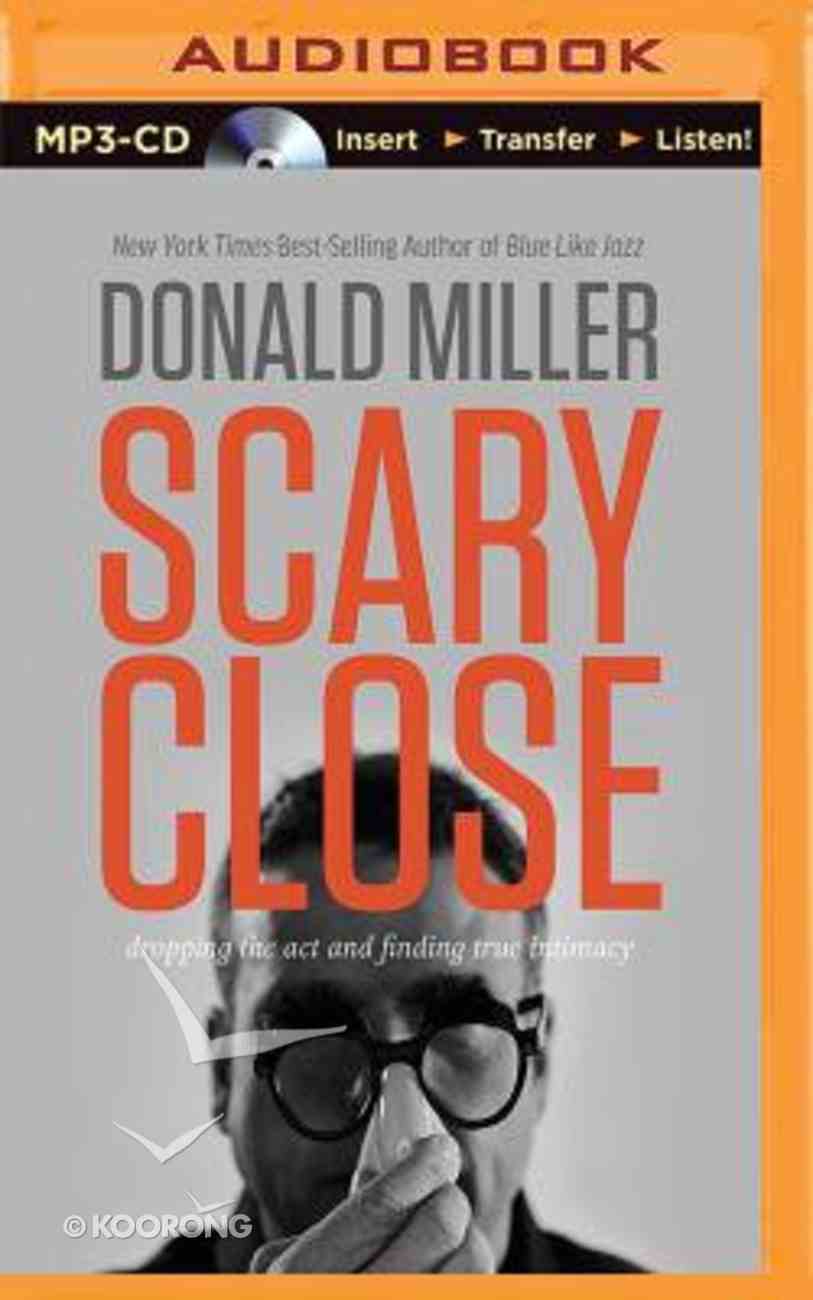 
After decades of failed relationships and painful drama, Donald Miller decided he'd had enough. Impressing people wasn't helping him connect with anyone. He'd built a life of public isolation, yet he dreamed of meaningful relationships. So at forty years old he made a scary decision: to be himself no matter what it cost.


Scary Close is an audiobook about the risk involved in choosing to impress fewer people and connect with more, about the freedom that comes when we stop acting and start loving. It is a story about knocking down old walls to create a healthy mind, a strong family, and a satisfying career. And it all feels like a conversation with the best kind of friend: smart, funny, true, important.


Scary Close is Donald Miller at his best.

Donald Miller grew up in Houston, TX. Leaving home at the age of 21, he traveled across the country until he ran out of money in Portland, OR, where he lives today.
In 2002, after having audited classes at Reed College, Don wrote Blue Like Jazz, which would slowly become a NY Times bestseller. In 2004 Don released Searching For God Knows What, a book about how the Gospel of Jesus explains the human personality. In 2005 he released Through Painted Deserts, the story of his and a friend's road trip across the country. Recently he has released A Million Miles in a Thousand Years: What I Learned While Editing My Life


A sought-after speaker, Don has delivered lectures to a wide range of audiences, including the Women of Faith Conference, the Veritas Forum at Harvard University, and the Veritas Forum at Cal Poly. In 2008 Don was asked to deliver the closing prayer on Monday night at the Democratic National Convention in Denver, CO.
-Editorial Review.