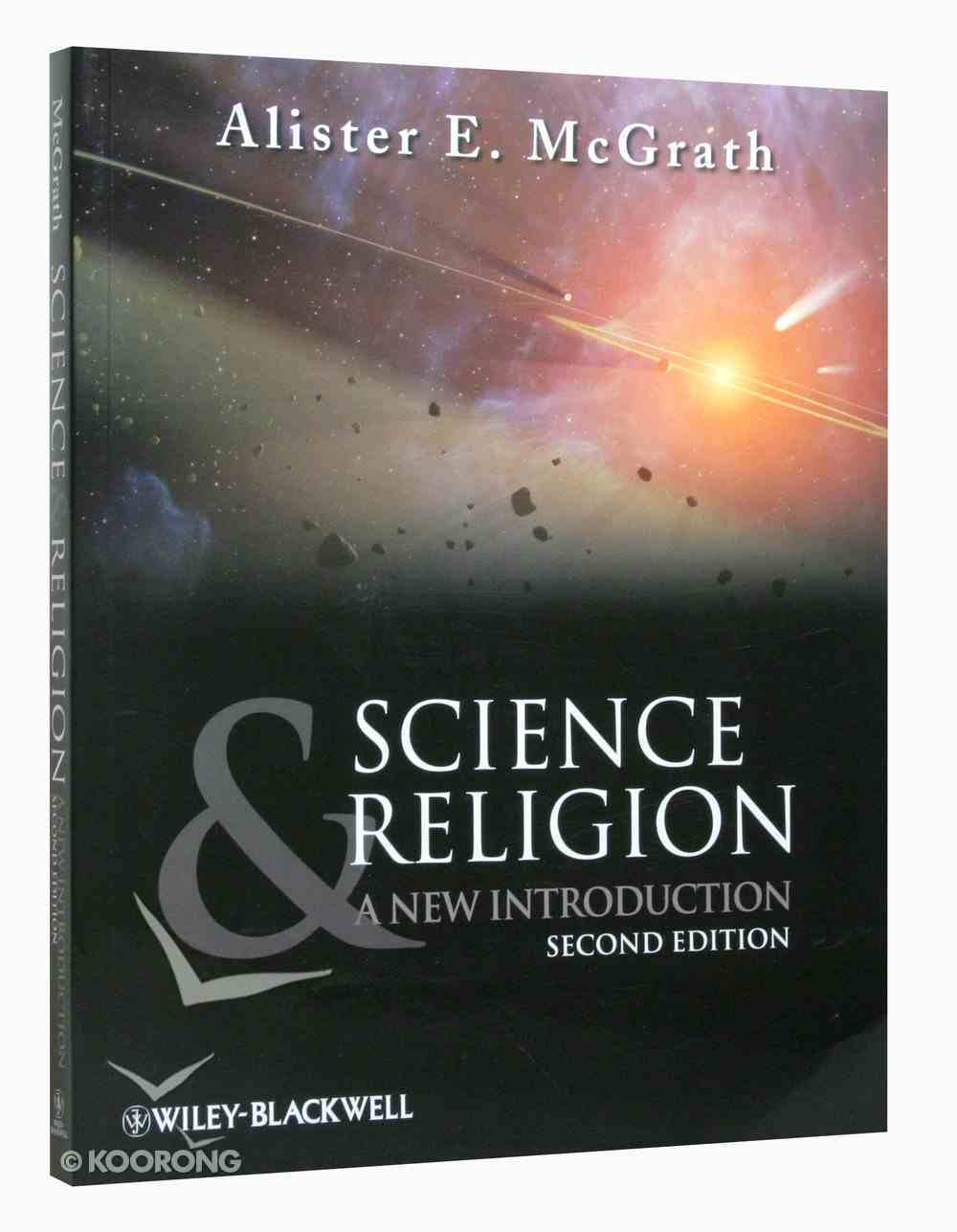 Since its publication in 1999, Science and Religion: An Introduction has sold steadily and well. For many courses, especially in the US, it has been the textbook of first choice. However, the book is now sadly out of date and...

A Theory of Everything .: A Short Guide to Einstein, Relativity and the Future of Faith (That Matters)
Alister E McGrath
Pb (Smaller)

Enriching Our Vision of Reality: Theology and the Natural Sciences in Dialogue
Alister E McGrath
Paperback

Since its publication in 1999, Science and Religion: An Introduction has sold steadily and well. For many courses, especially in the US, it has been the textbook of first choice. However, the book is now sadly out of date and needs revising. The plan is to build on the strong points of the first edition: introductory level, assuming no prior knowledge of either science or religion; a topic-based approach which fits into the existing structure of most courses; an historical component so that readers can orientate themselves within the subject.In addition to these strengths, we also propose to increase the appeal of the book in the following ways: make the coverage the most up-to-date there is in the market-place; include material on other religions - most courses are still based on Christianity but there is a need to offer some material on the relationship beween science and religion in the major world faiths as a point of comparison; include material on the really cutting-edge debates raging now (e.g. Dawkins, et al) on scientific atheism and the limits of the scientific method; include illustrations, tables, maps, as well as introductions, summaries and questions in order to make the text look lively and enagaging. This is a serious flaw with all the other competing texts.The result should be a textbook which can once again become the number one book. At the moment the sales are split amongst a range of texts, all of which have serious flaws. Since the original publication of Science and Religion, this subject area has grown tremendously and the audience is must larger than before.
-Publisher

Now thoroughly updated to reflect the latest debates, this popular textbook introduces readers to the central questions in the field of science and religion. Ideally suited to those who have little or no prior knowledge in either area, it incorporates numerous student-friendly features, including maps, summaries, and historical references, resulting in the most up-to-date introduction to the study of religion and the natural sciences available. Examines the historical, theological, philosophical and scientific aspects of the interaction between religion and science Fully updated to reflect current, cutting-edge debates on scientific atheism and the limits of scientific method, and discussions about the relationship between science and religion in major world faiths Includes a historical component to enable readers to orientate themselves within the subject Takes a topic based approach which fits into the existing structure of most courses, and includes explanatory material not found i
-Publisher

Scientist, and former atheist, turned internationally-regarded theologian and prolific author, Revd Professor Alister McGrath, (D.Phil (Oxon), earned D.D. (Oxon) has been appointed to the newly created Chair in Theology, Ministry and Education at King's College, London. Formerly he was Professor of Historical Theology, and Senior Research Fellow at Harris Manchester College, Oxford. He is a world-renowned theologian, and is the author of numerous bestselling titles including The Christian Theology Reader; Theology; Christianity: An Introduction; A Brief History of Heaven, and Dawkins' God . McGrath is an Evangelical on the cutting edge of the interface between Theology and Science, and Theology within post-modern culture as indicated by his most recent publications A Fine-Tuned Universe? Anthropic Phenomena and Natural Theology(2009),The Dawkins Delusion? Atheist Fundamentalism and the Denial of the Divine and The Open Secret: A New Vision for Natural Theology.
Koorong -Editorial Review.

When Did Sin Begin?: Human Evolution and the Doctrine of Original Sin
Loren Haarsma
Paperback

Believing is Seeing: A Physicist Explains How Science Shattered His Atheism and Revealed the Necessity of Faith
Michael Guillen
Paperback