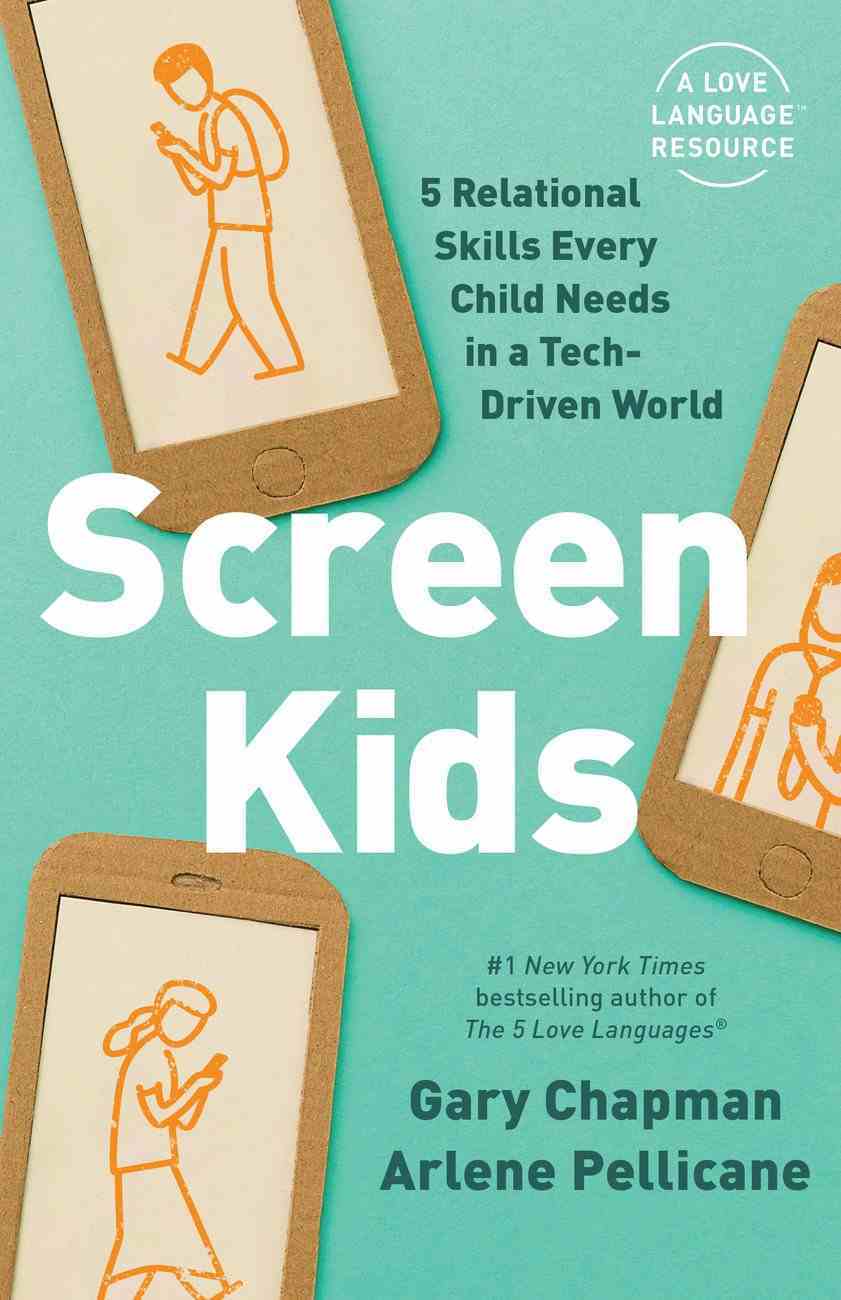 Has Technology Taken Over Your Home? In this digital age, children spend more time interacting with screens and less time playing outside, reading a book, or interacting with family. Though technology has its benefits, it also has its...

Grandparenting Screen Kids: How to Help, What to Say, and Where to Begin
Gary Chapman, Arlene Pellicane
Paperback

Disconnected: How to Protect Your Kids From the Harmful Effects of Device Dependency
Thomas Kersting
Paperback

Has Technology Taken Over Your Home?


In this digital age, children spend more time interacting with screens and less time playing outside, reading a book, or interacting with family. Though technology has its benefits, it also has its harms.


In Screen Kids Gary Chapman and Arlene Pellicane will empower you with the tools you need to make positive changes. Through stories, science, and wisdom, you'll discover how to take back your home from an overdependence on screens. Plus, you'll learn to teach the five A+ skills that every child needs to master: affection, appreciation, anger management, apology, and attention. Learn how to:

Protect and nurture your child's growing brain Establish simple boundaries that make a huge difference Recognize the warning signs of gaming too much Raise a child who won't gauge success through social media Teach your child to be safe online
This newly revised edition features the latest research and interactive assessments, so you can best confront the issues technology create in your home. Now is the time to equip your child with a healthy relationship with screens and an even healthier relationship with others.

Arlene Pellicane is an author, speaker, and formerly served as the associate producer for Turning Point Television with Dr. David Jeremiah. Her audiobook and website Losing Weight After Baby has helped many moms achieve their physical and personal goals. Arlene and her family make their home in southern California.

Fatherhood: What It is and What It's For
Tony Payne
Paperback

Have a New Kid By Friday: How to Change Your Child's Attitude, Behavior & Character in 5 Days
Kevin Leman
Paperback