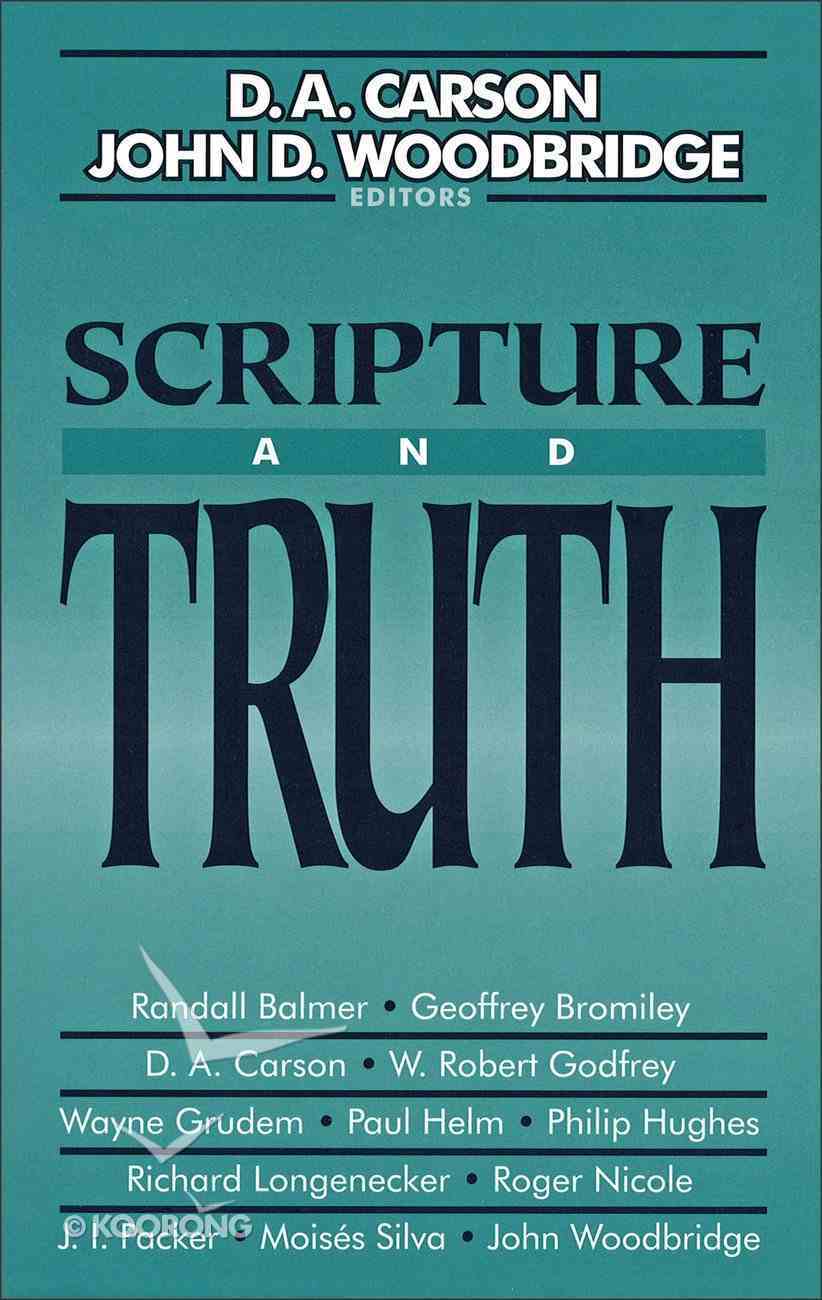 Theologians who defend biblical inerrancy look at issues that have been raised by contemporary scholars. They define and analyze what Christians mean when they say Scripture is truth.

Theologians who defend biblical inerrancy look at issues that have been raised by contemporary scholars. They define and analyze what Christians mean when they say Scripture is truth.
-Publisher

Scripture and Truth synthesizes the apologetic reasons for an evangelical defense of biblical inerrancy and explores the implications of such a view for the way in which we approach and handle scripture. From a biblical, historical, or theological perspective each essay examines a challenge to belief in the integrity and reliability of Scripture. What emerges from these essays is a full-orbed restatement of this evangelical doctrine.
-Publisher

John Woodbridge (Ph.D, University of Toulouse, France) is research professor of Church History and History of Christian Thought at Trinity Evangelical Divinity School in Deerfield, Illinois, where he has taught since 1970. He was previously a senior editor of Christianity Today and is the author of Biblical Authority: A Critique of the Rogers/McKim Proposal; and coauthor of Letters Along the Way; A God-Sized Vision: Revival Stories that Stretch and Stir and most recently Hitler in the Crosshairs: A GI's Story of Courage and Faith with Maurice Possley. He is also the editor of Great Leaders of the Christian Church and coeditor of works including The Mark of Jesus. Woodbridge is the recipient of four Gold Medallion Awards.

Inspiration and Incarnation: Evangelicals and the Problem of the Old Testament (2nd Edition)
Peter Enns
Paperback