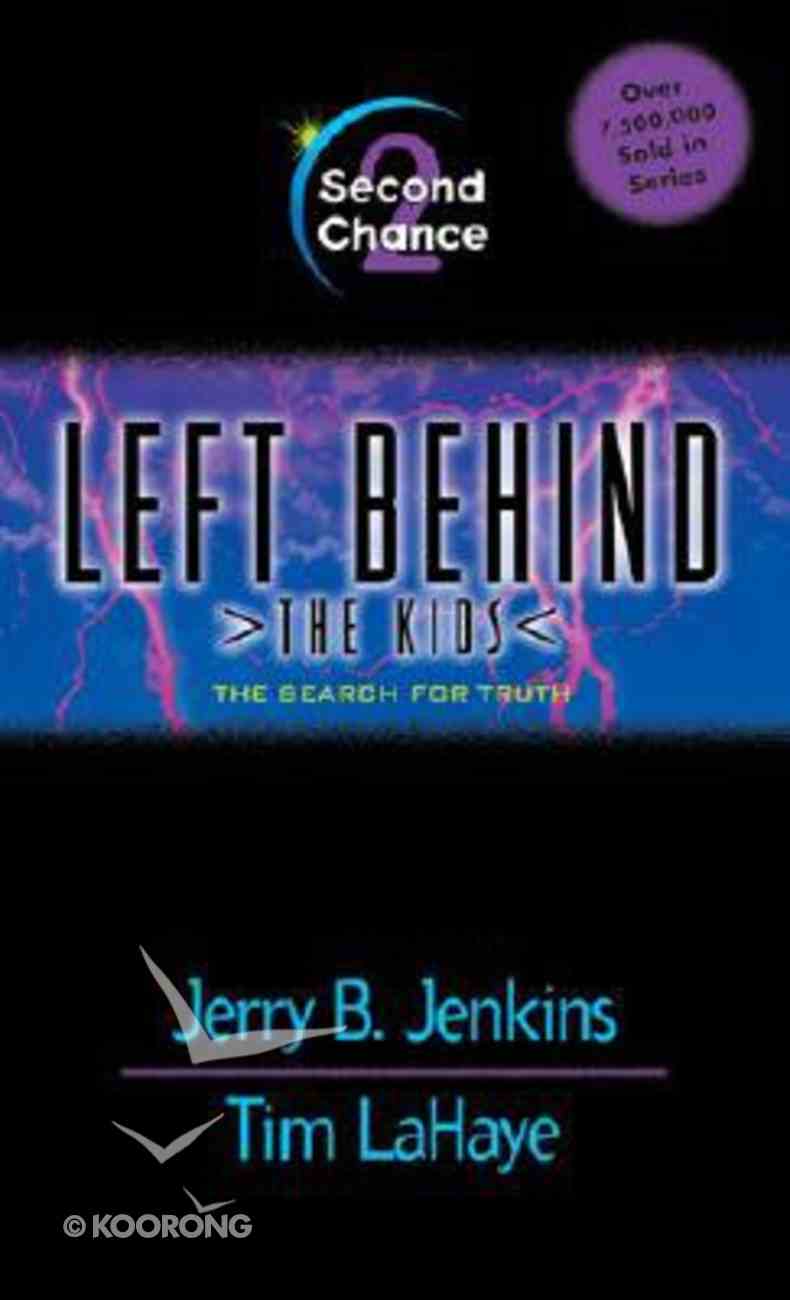 Second Chance (#02 in Left Behind The Kids Series)

While the kids are dealing with the loss of their families and strengthening their faith, they become involved with criminals who are tied to Lionel's uncle Andre. Hearing that Andre has committed suicide, Lionel goes to the morgue, but finds that the body there is not Andre's.
-Publisher

Faced with the Truth behind the disappearances, Judd, Vicki, Lionel, and Ryan have decisions to make. Will they accept Christ's forgiveness, or will they blame God for abandoning them and taking away their families? While the others are making their decisions, Lionel gets a disturbing message from his Uncle Andre. Afraid his uncle is going to take his own life, Lionel rushes to Chicago, praying he'll reach Andre before it's too late. In this new series based on the best-selling book Left Behind, Jerry B. Jenkins and Tim LaHaye present the Rapture and Tribulation through the eyes of four young friends-Judd, Vicki, Lionel, and Ryan. As the world falls in around them, they band together to find faith and fight the evil forces that threaten their lives.
-Publisher

This series is based on the best-selling adult Left Behind series. Readers will see the Rapture and Tribulation through the eyes of four kids who have been left behind.
-Publisher