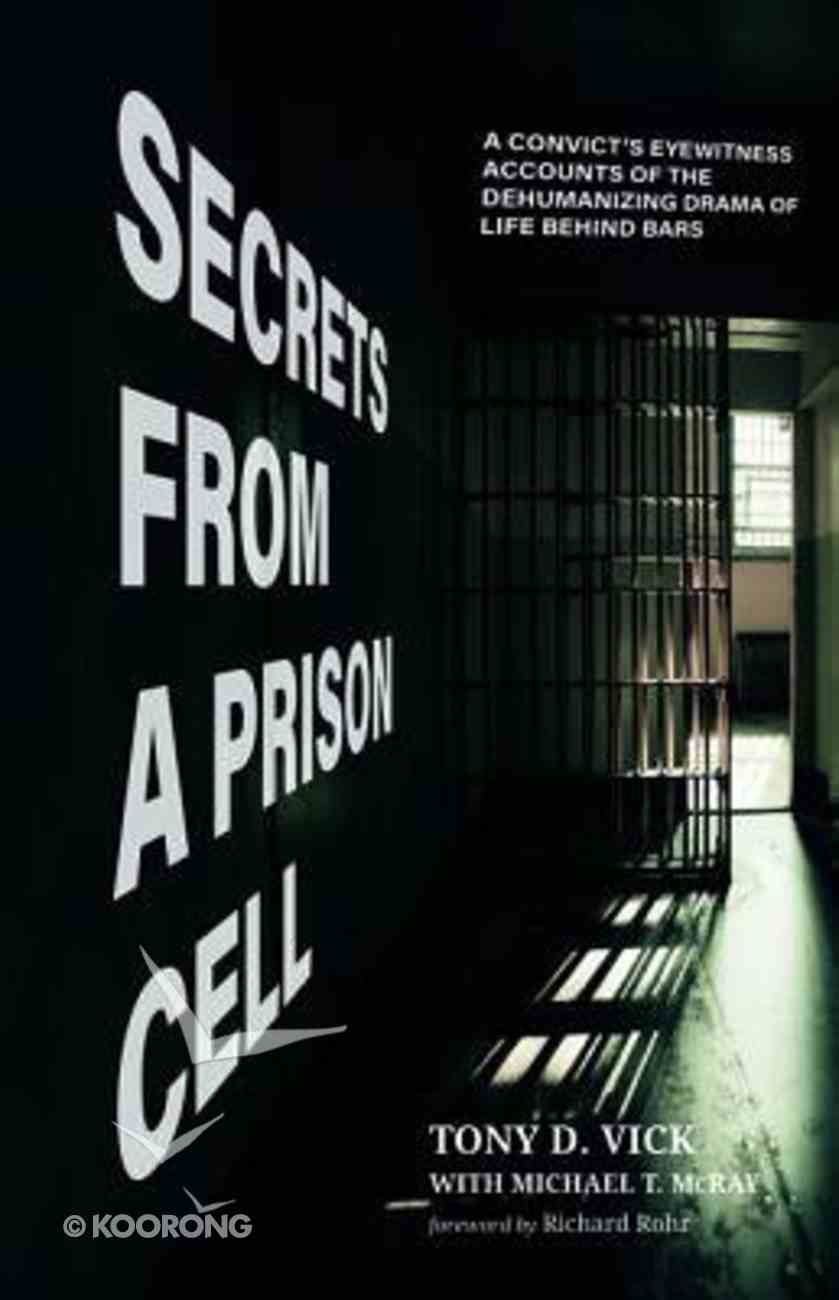 Secrets From a Prison Cell

Tony Vick is serving two life sentences for murder. After nearly twenty years in prison, Tony has literally taken to the pen to document firsthand what life is like behind bars. This book--handwritten by Tony and later transcribed by outside...

2 Available
Expected to ship within 8 hours from Australia.
Learn More
Free Shipping
for orders over $99.

A Dream Too Big: The Story of An Improbable Journey From Compton to Oxford
Caylin Louis Moore
Paperback

Out of the Darkness: The Transformation of One of Scotland's Most Violent Prisoners
Anthony Gielty
eBook

Tony Vick is serving two life sentences for murder. After nearly twenty years in prison, Tony has literally taken to the pen to document firsthand what life is like behind bars. This book--handwritten by Tony and later transcribed by outside friends--indirectly challenges the reader to engage prison reform as one of the most important social issues of this generation, wondering if society can shift its emphasis from retribution to rehabilitation. Tony's new book describes the violent, even horrific, incidents that occur in prison, incidents mostly hidden in the shadows, away from public awareness. It tells you the stories that those invested in incarceration would rather remain secret. As captivating as it is timely, Secrets from a Prison Cell shortens the distance between those outside and inside prison walls. Through personal stories, essays, and poetry, Tony Vick's book pulls back the curtain on a world invisible to most people, dramatically revealing the realities of life in prison and the power of love to fight dehumanization. ""The power of Secrets from a Prison Cell is that it unflinchingly looks the reader directly in the eye, makes no claim of innocence or excuses for crime, and demonstrates that accountability and forgiveness are mutually enforcing, not in contradiction as our current failed system would have us believe. After reading this book, it will be all of us--citizens, leaders, teachers, clergy, lawmakers--who are left naked and morally compromised if we fail to act to transform a soul-crushing system of retribution into a process and means of restoration. Tony Vick has given us the gift of discomfort. May we use it well."" --Jeannie Alexander, Director, No Exceptions Prison Collective ""Prisons reveal the secreted nature of the regime that creates them. Two millennia ago John of Patmos pulled back the veil and exposed Rome's monstrous essence. Seven decades ago, Elie Wiesel's revelations of the concentration camps unmasked the sadistic bloodlust of the Nazi's reign. In this tradition Tony Vick's expose of the prison-industrial complex divulges the concealed character of the American Empire. Like John's and Elie's revelations, Tony's call is neither for despair nor pity. No, here is a summons to action. Read this book and you must join the Resistance."" --Richard C. Goode, Lipscomb University ""2.2 million people are in U.S. prisons and jails, with millions more on probation and parole, but such statistics about our ever-expanding carceral society tend to prove powerless at touching hearts or even minds. Tony Vick's stories and poems have the creative power of word and image to make the prisoner's life-task of correction and rehabilitation a contribution to the urgently needed conversation among and within ourselves about who we are and what we might become as twenty-first-century Americans."" --Bruce T. Morrill, Professor, Vanderbilt Divinity School Tony D. Vick is a Tennessean, currently serving two life sentences for murder in the Tennessee Department of Corrections. Michael T. McRay is a writer, advocate, educator, speaker, and the author of Where the River Bends (2015). He is a former volunteer prison chaplain and close friends with Tony Vick.
-Publisher