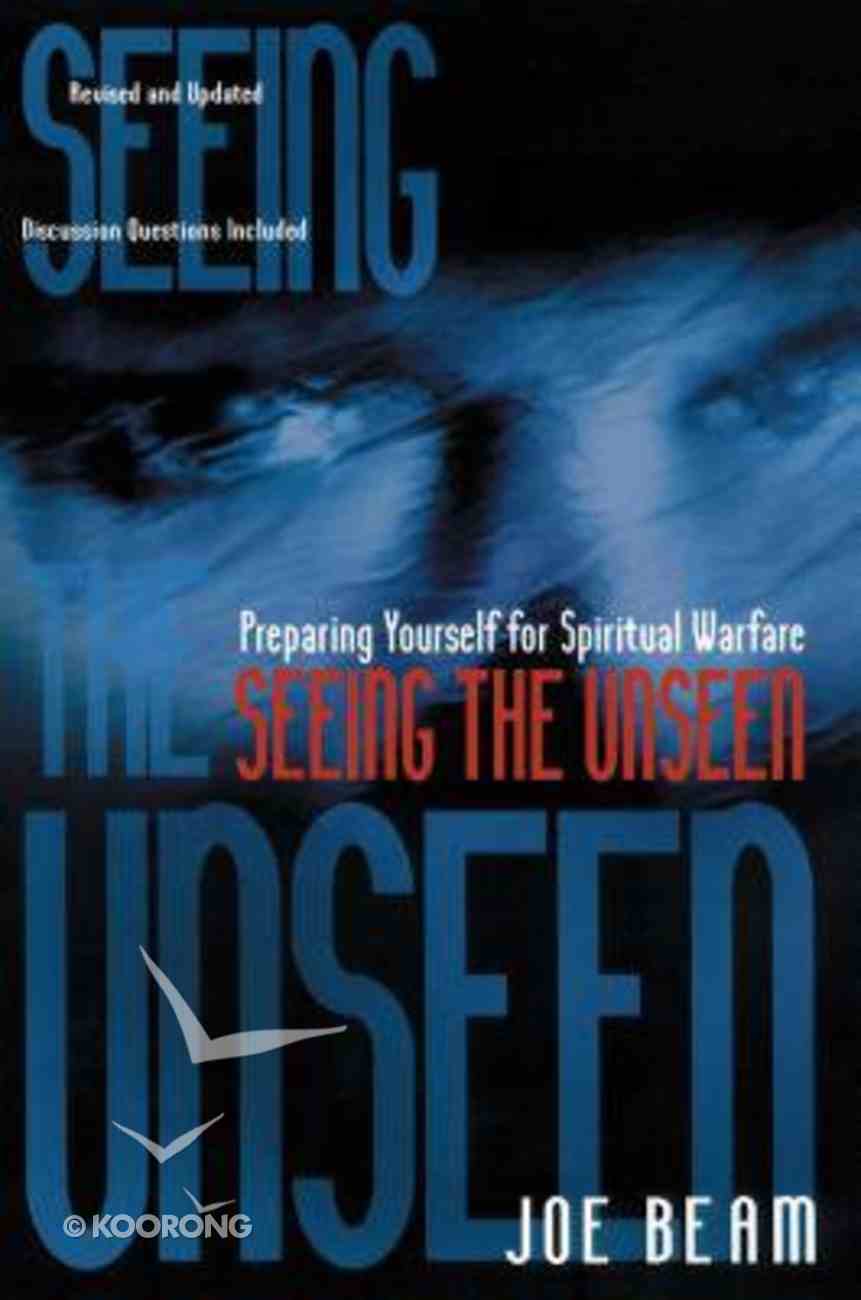 Introduction You would think that by now we would know enough about science to eradicate superstitious beliefs, especially beliefs in invisible entities flittering around us. There is no logical reason for believing in such nonsense, unless, of course, there really...

1 available
Expected to ship within 9 hours from Australia.
Learn More
Free Shipping
for orders over $99.

Victory Over the Darkness: Realize the Power of Your Identity in Christ
Neil T Anderson
Paperback

The Power of a Mother's Awakening
Deven Wallace
Paperback

Introduction You would think that by now we would know enough about science to eradicate superstitious beliefs, especially beliefs in invisible entities flittering around us. There is no logical reason for believing in such nonsense, unless, of course, there really are unseen beings hovering around us, beyond the reach of current scientific measurement. Remember, it was eons before scientists detected germs, atoms, or molecules, but they existed just the same. Several years ago, I made a rational study leading me to the decision that God exists, that Jesus is His Son, and that the Bible is a supernatural book that could only come from God. I believe what God says through His Bible, and my occasional human doubts don't erode that conviction. The Bible clearly teaches the existence of things we cannot see. Several passages in the Scriptures teach that there are invisible beings. Here are two examples: "Now faith is being sure of what we hope for and certain of what we do not see" (Hebrews 11:1). Speaking of Jesus, Paul said, "He is the image of the invisible God, the firstborn over all creation. For by him all things were created: things in heaven and on earth, visible and invisible, whether thrones or powers or rulers or authorities; all things were created by him and for him" (Colossians 1:15-16). I believe that beings roam the earth today who are altogether spiritual. I mean "spiritual" in the sense that they don't have corporal bodies -- the kind of beings Jesus referred to when He said, "A ghost does not have flesh and bones" (Luke 24:39). The koine Greek word translated in the New International Version as "ghost" is the same word translated as "spirit" throughout the New Testament. It refers to beings who exist only as spirits, without physical bodies. Do such creatures exist? In the passage from Colossians just mentioned, Paul said there are things visible and invisible. Then he immediately said, "whether thrones or powers or rulers or authorities." The verse plainly states that invisible thrones, powers, rulers, and authorities exist. They are in the world today, and they are working powerfully in our daily lives. What You'll Find in This Book This book exposes invisible authorities and powers and illustrates how various spiritual forces work against us, within us, and for us. But this book is not a collection of scary stories of exorcisms and wild speculations about Satan and his angels. The unprovable, often unbiblical, misleading speculations on this subject don't help Christians win the spiritual war; they aid and abet Satan. Those believing the wildly sensational are so busy looking for a demon under every bush that they unwittingly expose themselves to the real attacks of satanic forces, which come unseen from seemingly innocent sources and hit them on the blind side. On the other hand, those who reject sensationalism often reject the reality of the spiritual war that sensationalism masks. Rejecting the foolish, they also reject the wise. The devil becomes a cartoon character not to be feared but to be ignored, having no more power or substance than the goblins of children's dreams. This book gives the Bible a position preeminent to any speculation or opinion. In this book, we will study Scriptures about Satan, angels, demons, the dead, and much more. We will discuss openly the roles of angels, both good and bad, and of the demons working for the most evil angel of all. In this revised version of Seeing the Unseen, you will find new chapters on the subject of demons, reflecting my recent findings, and many other rewritten portions throughout the book. This book will also share the stories of many people -- any one of whom may reflect you almost perfectly and give you insight into
-Publisher

There's a WAR Going on...and Your FAITH Is at Stake.^"Imagine for a minute that you are in a war.^You're on the frontlines.^You see the explosions^And you smell the smoke."^Wounded loved ones are falling around you, and you want to fight back; but the unseen enemy seems to be everywhere, and he seems to have the advantage. If only you could know the plans and strategies of this unseen enemy, then you could know where he will strike next and how to fight him.^This war, of course, is not between two countries and is not waged with earthly weapons, but it is very real, and you are living in it right now. This war is spiritual, and the enemy you fight is not of this world but of the unseen spiritual world.^In this newly revised and updated bestseller, Joe Beam reveal Satan's powerful weaponry -- his lies, deceptions, and manipulations -- and unmasks his strategy to destroy your life and those you care for. This is not a book of wild sensationalism; rather, it is a dedicated
-Publisher

JOE BEAM has served as minister for growing churches in Georgia, Indiana, and Alabama. He is the founder and chairman of the board of Family Dynamics Institute, a nonprofit organization that uses the latest scientific and most creative methods to strengthen families. Since 1970, Joe has spoken to more than two million people worldwide. He is the author of Seeing the Unseen and Becoming One and coauthor of Fantastic Families.

Indestructible: Fight Your Spiritual Battles From the Winning Side
Blake K Healy
Paperback