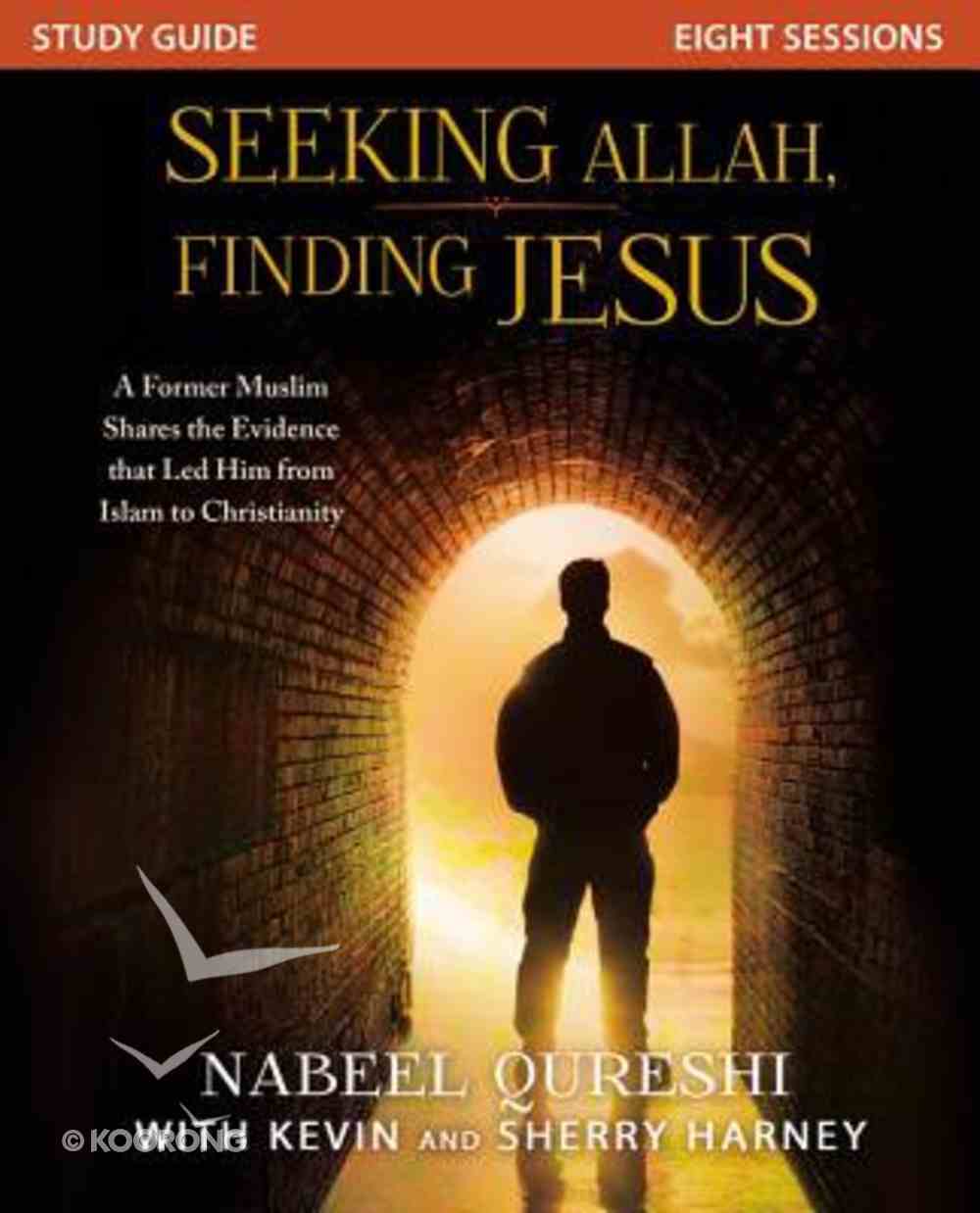 : Building on the powerful story and arguments he shared in Seeking Allah, Finding Jesus , Nabeel Qureshi and co-author Kevin Harney take viewers deeper into apologetics and evangelism among Muslims with this complete study course. In eight lessons coordinated...

26 available
Expected to ship within 1 hour from Australia.
Learn More
Free Shipping
for orders over $99.

:
Building on the powerful story and arguments he shared in Seeking Allah, Finding Jesus, Nabeel Qureshi and co-author Kevin Harney take viewers deeper into apologetics and evangelism among Muslims with this complete study course. In eight lessons coordinated to be used alongside the Seeking Allah, Finding Jesus Video Study, Qureshi and Harney explore Muslim culture, the most common Muslim objections to Christianity, and the core doctrines upon which Islam stands or falls. Compassionate and clear, the Seeking Allah Finding Jesus Study Guide will be a useful training tool for pastors, outreach leaders, and any believers wanting to winsomely engage Muslims in spiritual conversations.

The late Nabeel Qureshi was a speaker for Ravi Zacharias International Ministries. He held a doctorate from Eastern Virginia Medical School, a Masters in Christian Apologetics from Biola University, and a Masters in Religion from Duke University. He passed away of cancer in September 2017.