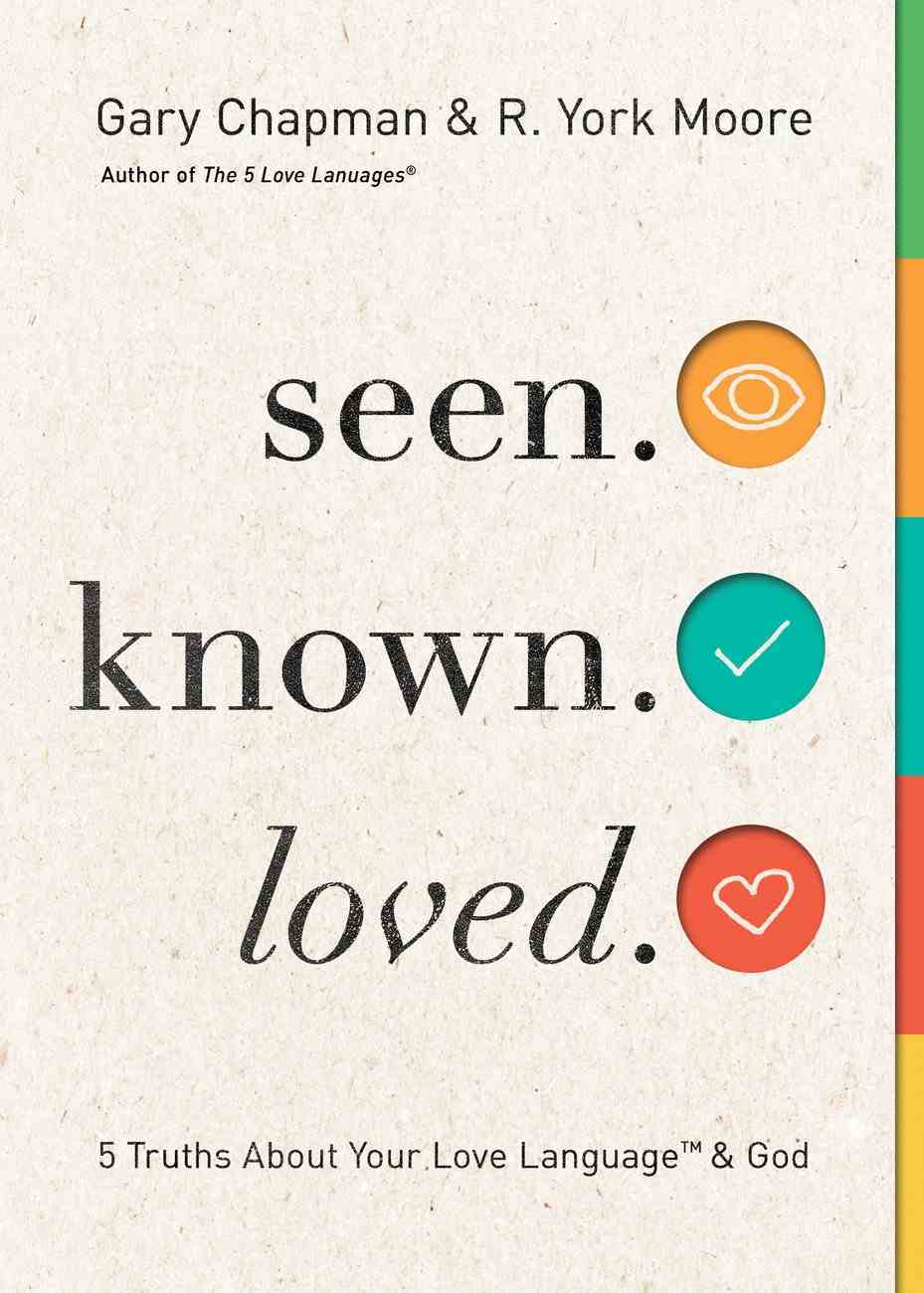 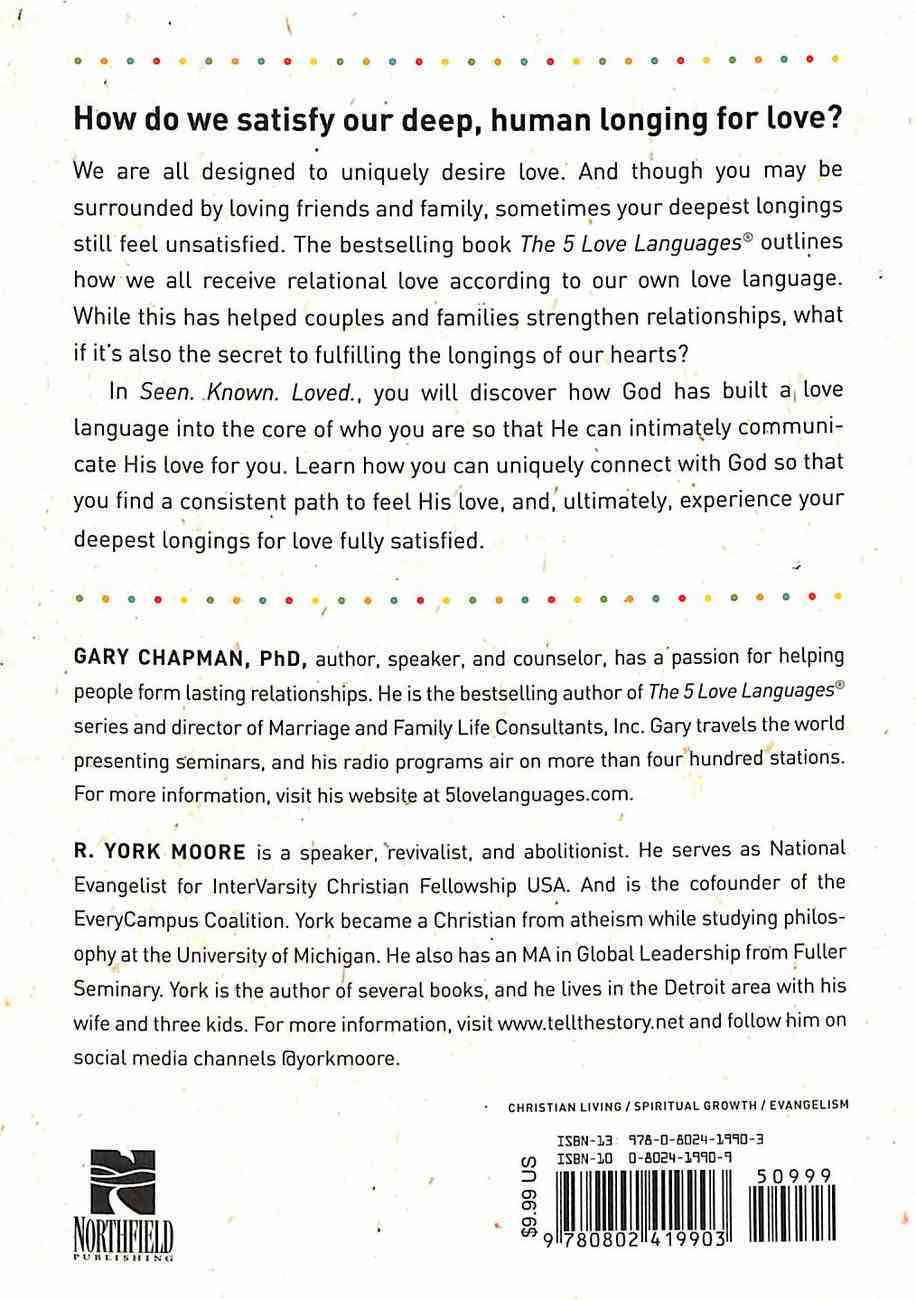 Seen. Known. Loved.: 5 Truths About Your Love Language and God

: Could Your Love Language Guide You to a Meaningful Life? In a world of varying beliefs and endless opportunities, determining how to spend our lives can seem impossible. And even more difficult than finding direction can be...

What Are the 5 Love Languages?: The Official Book Summary
Gary Chapman
eBook

Could Your Love Language Guide You to a Meaningful Life?

In a world of varying beliefs and endless opportunities, determining how to spend our lives can seem impossible. And even more difficult than finding direction can be finding meaning. Perhaps we know what we're most interested in, but how do we know if it has purpose?


These longings our rooted in our desire to feel God's presence in our lives, which begins when we know how He communicates with us. Seen. Known. Loved. examines how God-the Creator of the universe-intimately communicates with each of His people. Relationships expert Gary Chapman and coauthor R. York Moore offer practical insights for how to know your own love language and how God uses it to communicate with you. When we come to understand our own unique love language, we discover how God both speaks and listens. And, therefore, how He is intimately involved in our lives in ways we have never before identified. The first step to living with meaning is living in union with our God-the source of meaning.

R. York Moore is a director for regional evangelism (Great Lakes Region) with InterVarsity Christian Fellowship/USA. He is a frequent evangelistic speaker at churches and conferences across the United States. His evangelism seminar, "Tell the Story!" has also been used on college campuses and in churches to train thousands of men and women to effectively share their faith.