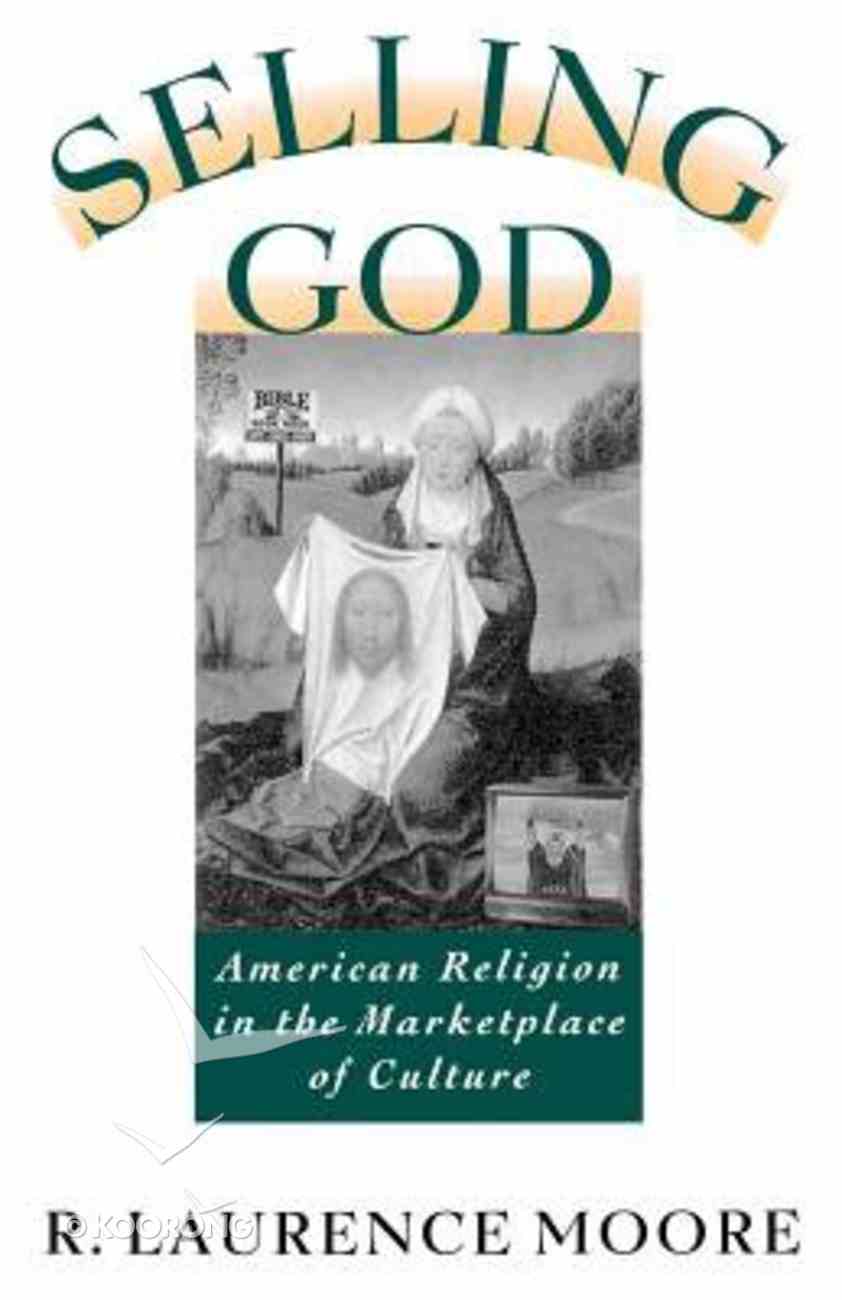 Religion in America is up for sale. The products range from a plethora of merchandise in questionable taste--such as Bible-based diet books (More of Jesus. Less of Me ), Rapture T-shirts (one features a basketball game with half its...

What is Jesus Doing?: God's Activity in the Life and Work of the Church
Edwin C. Van Driel
Paperback

Fresh Expressions in the Mission of the Church
Paperback

Religion in America is up for sale. The products range from a plethora of merchandise in questionable taste--such as Bible-based diet books (More of Jesus. Less of Me), Rapture T-shirts (one features a basketball game with half its players disappearing in the Rapture--the caption is "Fast Break"), and bumper stickers and Frisbees with inspirational messages--to the unabashed consumerism of Jim Bakker's Heritage USA, a grandiose Christian theme park with giant water slide, shopping mall, and office complex. We tend to think of these phenomena--which also include a long line of multimillionaire televangelists and the almost manic promotion of Christmas giving--as a fairly recent development. But as R. Laurence Moore points out inSelling God, religion has been deeply involved in our commercial culture since the beginning of the nineteenth century.
In a sweeping, colorful history that spans over two centuries of American culture, Moore examines the role of religion in the marketplace, revealing how religious leaders have borrowed (and invented) commercial practices to promote religion--and how business leaders have borrowed (and invented) religion to promote commerce. It is a book peopled by a fascinating roster of American originals, including showman P.T. Barnum and circuit rider Lorenzo Dow, painter Frederick Church and dime novelist Ned Buntline, Sylvester Graham (inventor of the Graham cracker) and the "Poughkeepsie Seer" Andrew Jackson Davis, film directors D.W. Griffith and Cecil B. DeMille, Norman Vincent Peale and Bishop Fulton J. Sheen. Moore paints insightful portraits of figures such as Mason Locke Weems (Weems's marriage of aggressive marketing and a moral mission--in such bloody, violent tales asThe Drunkard'sLooking GlassorGod's Revenge Against Adultery--was an important starting point of America's culture industry), religious orator George Whitefield (who transformed church services into mass entertainment, using his acting talents to enthrall vast throngs of people), and Dwight Moody, a former salesman for a boot-and-shoe operation who founded a religious empire centered on the Moody Bible Institute in Chicago (and who advertised his meetings in the entertainment pages of the newspaper). Moore also shows how the Mormons pioneered leisure activities (Brigham Young built the famed Salt Lake Theater, seating 1,500 people, months before work on the Tabernacle started), how Henry Ward Beecher helped the ardent Protestant became the consummate consumer (explicitly justifying the building of expensive mansions, and the collecting of art and antique furniture, as the proper tendencies of pious men), and how the First Amendment, in denying religious groups the status and financial solvency of a state church, forced them to compete in the marketplace for the attention of Americans: religious leaders could either give in to the sway of the market or watch their churches die.
Ranging from the rise of gymnasiums and "muscular Christianity," to the creation of the Chautauqua movement (blending devotional services with concerts, fireworks, bonfires, and humorous lectures), to Oral Robert's "Blessing Pacts" and L. Ron Hubbard's Church of Scientology,Selling Godprovides both fascinating social history and an insightful look at religion in America.
-Publisher

About the Author: ý R. Laurence Moore is Professor of History at Cornell University and author of Religious Outsiders and the Making of Americans.ý