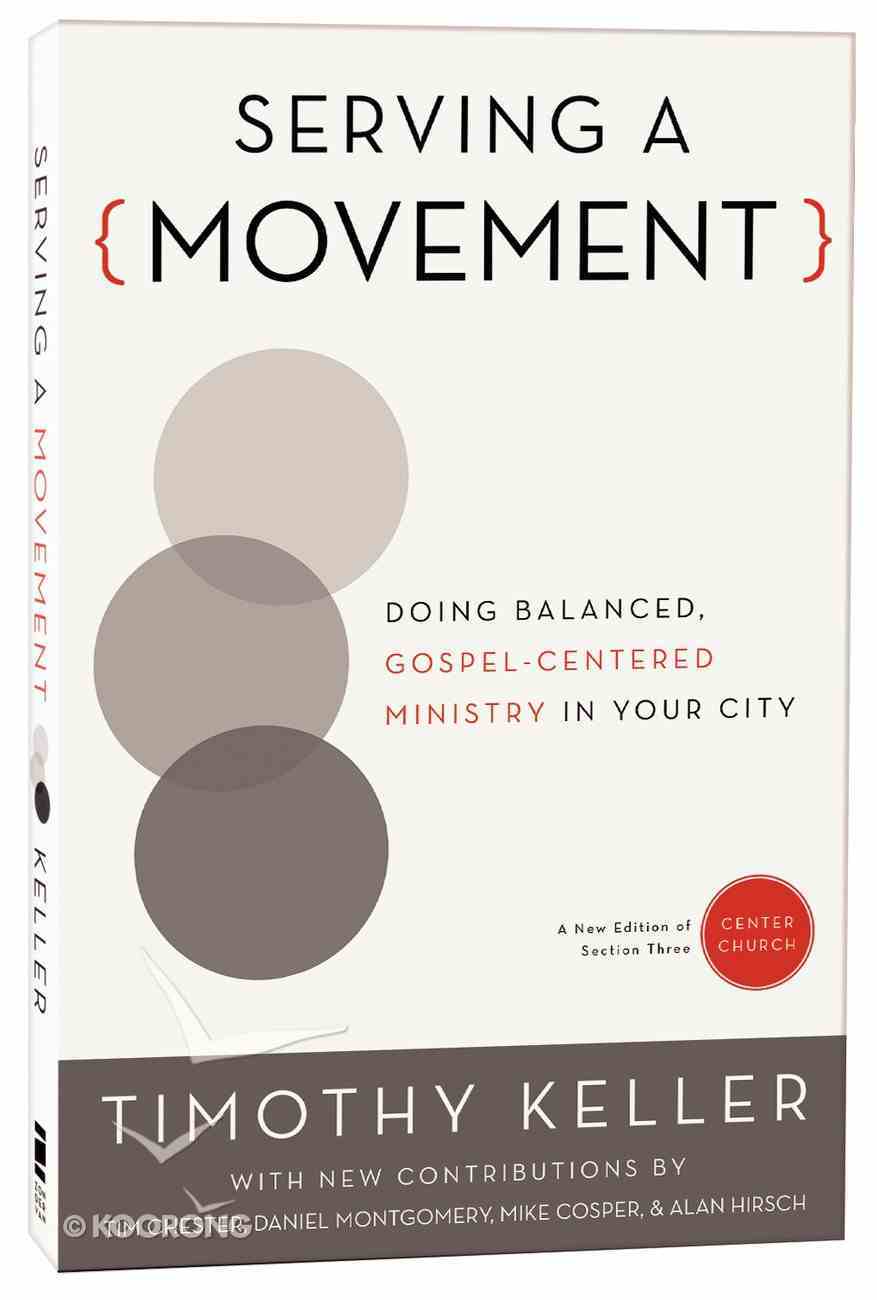 This new edition contains the third section of Centre Church in an easy-to-read format with new reflections and additional essays from Timothy Keller and several other contributors. Keller considers what it means to be a "missional" church today and how...

On the Verge: A Journey Into the Apostolic Future of the Church (Exponential Series)
Alan Hirsch, David Ferguson
eBook

This new edition contains the third section of Centre Church in an easy-to-read format with new reflections and additional essays from Timothy Keller and several other contributors. Keller considers what it means to be a "missional" church today and how churches can practically equip people for missional living.

:
Our goal as Christians is never simply to build our own tribe. Instead, we seek the peace and prosperity of the city or community in which we live through a gospel movement led by the Holy Spirit, a movement united by the gospel of Jesus Christ, a common mission to reach and serve others, and a commitment to be gracious and generous to those who disagree with you.


In Serving a Movement, best-selling author and pastor Timothy Keller looks at the nature of the church's mission and its relationship to the work of individual Christians in the world. He examines what it means to be a "missional" church today and how churches can practically equip people for missional living. Churches need to intentionally cultivate an integrative ministry that connects people to God, to one another, to the needs of the city, and to the culture around us. Finally, he highlights the need for intentional movements of churches planting new churches that faithfully proclaim God's truth and serve their communities.


This new edition contains the third section of Center Church in an easy-to-read format with new reflections and additional essays from Timothy Keller and several other contributors.

Alan Hirsch is founding director of Forge Mission Training Network and cofounder of Shapevine.com, an international forum for engaging with world-transforming ideas. Currently he leads an innovative learning program called Future Travelers which helps megachurches become missional movements. He is the author of numerous books, including: The Shaping of things to Come; The Forgotten Ways; The Forgotten Ways Handbook; Untamed and Right Here, Right Now. Hirsch lives in the Los Angeles area.
forthcoming info


He is currently co-writing four books to be released in 2011:

Right Here, Right Now with Lance Ford is being published through Baker Books and will provide a nuts and bolts approach to the missional lifestyle. The appeal is to the average Christian and away from Hirschs traditional leadership audience. On the Verge with Dave Ferguson integrates the missional movement with current models of church in the West. The 2011 Exponential Conference, a conference with the theme by the same name, will utilize this book as a centerpiece to bring missional ideology to established churches. The Permanent Revolution with Tim Catchim will be released at the 2011 Exponential Conference as well. This book elaborates on the apostolic element of mDNA by focusing on APEST, the five-fold ministry model from Ephesians 4, and its significance for the missional movement. The Faith of Leap with Michael Frost is a book concerning a theology of risk and adventure and its implications for church, mission, leadership and spirituality. -Editorial Review.

Daniel Montgomery is founding pastor of Sojourn Community Church, a multi-site congregation with three campuses in Louisville, Kentucky and one in New Albany, Indiana. Sojourn began in 2000 with about sixty people and has grown into a community of nearly four thousand. Daniel now serves Sojourn as pastor of teaching, leadership, and church planting. He has served on a leadership task force for the Southern Baptist Convention and on the board of directors for the Acts 29 church planting network. In 2011, Daniel cofounded the Sojourn Network to multiply churches in North America and beyond. He i

100 Days to a Healthier Church: A Step-By-Step Guide For Pastors and Leadership Teams
Karl Vaters
Paperback