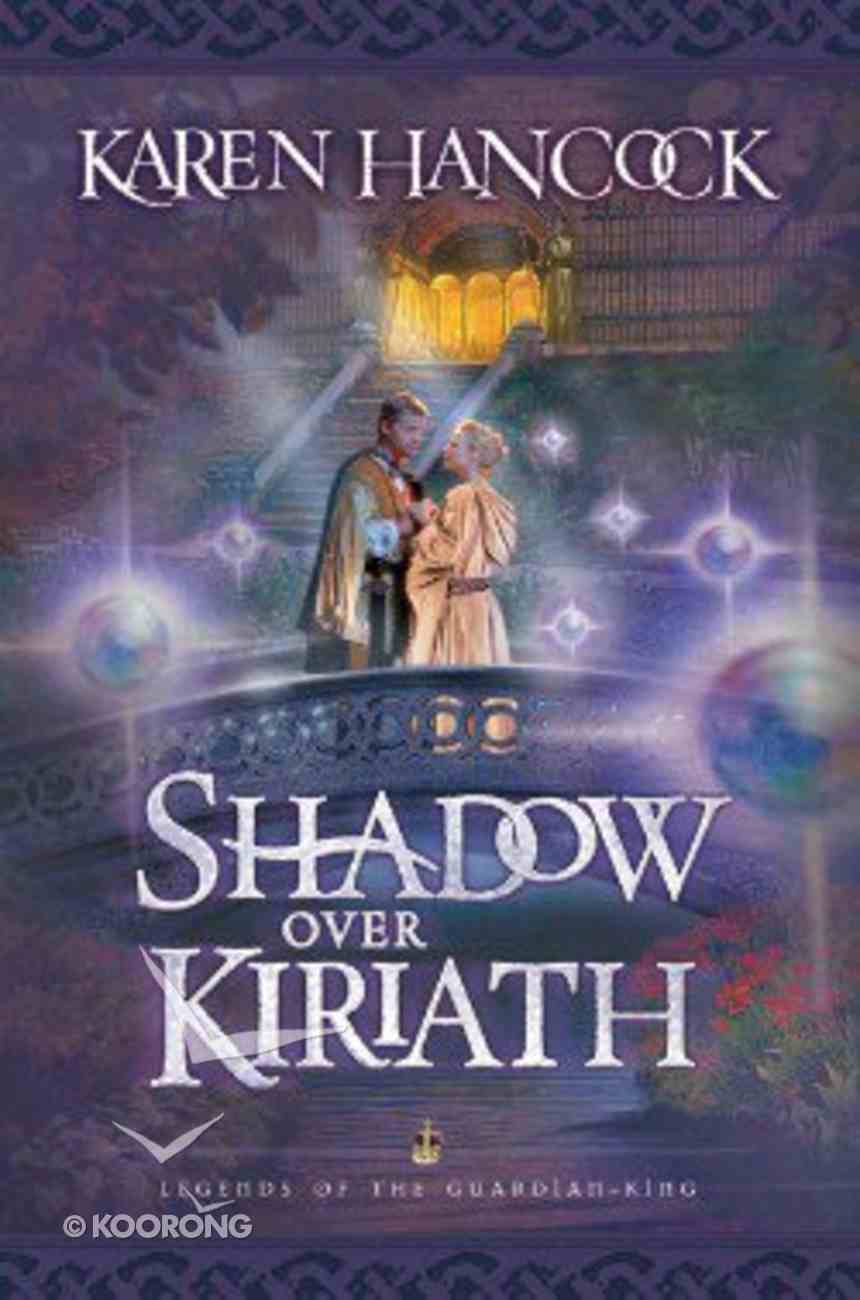 Shadow Over Kiriath (#03 in Legends Of The Guardian King Series)

Legends of the Guardian King Book 3- Karen Hancock has created a beautiful and powerful fantasy series that continues to win new readers and remind them of who holds their hopes and victories in His hands. In Abrammbs world, God...

Legends of the Guardian King Book 3- Karen Hancock has created a beautiful and powerful fantasy series that continues to win new readers and remind them of who holds their hopes and victories in His hands. In Abrammbs world, God is close to his followers, evil takes many forms, and one must believe in the light to see the darkness. While Abrammbs coronation is still underway, rival leaders are already plotting their return to power.Worse yet, as the hour approaches for Abrammbs marriage to the Chesedhan crown princessb"required to seal the desperately needed alliance between their two countriesb"he finds himself deeply attracted to her younger sister. Will Eidon give Abramm ultimate victory, or will his enemies succeed in destroying him and his beloved realm?
-Publisher

After months of conflict and opposition, Abramm Kalladorne has finally stepped into his destiny as king of Kiriath--only to find himself facing more problems than ever. The Mataio remains antagonistic, the failed rebellion's supporters have slipped through his grasp to plot anew, bad luck plagues his every attempt to build Kiriath's defenses...and that's just the beginning. As the forces of the Black Moon advance toward Kiriathan shores, Abramm agrees to a desperately needed alliance-by-marriage with neighboring Chesedh. But with the hour for his union approaching, he is horrified to discover that he has become dangerously attracted to his fiancie's younger sister, the headstrong Lady Madeleine. Even worse, he learns that his attraction is reciprocated--just the sort of situation his enemies can use to destroy everything he's trying to accomplish. And Eidon just might let them succeed. Treachery and faithfulness, guilt and forgiveness, the joy of desires fulfilled and the pain of tragic loss all weave the tapestry of one man's destiny realized--where mind-boggling blessings come wrapped in a mantle of suffering that will test Abramm's faith to the limit and challenge everything he thinks he knows about himself and the one who owns his soul.
-Publisher

Karen Hancock's first novel, Arena, won the Christy Award for Excellence in Christian Fiction, as did Light of Eidon, Book One in LEGENDS OF THE GUARDIAN KING. Along with writing, Karen is a watercolorist. She resides with her husband and son in Arizona.