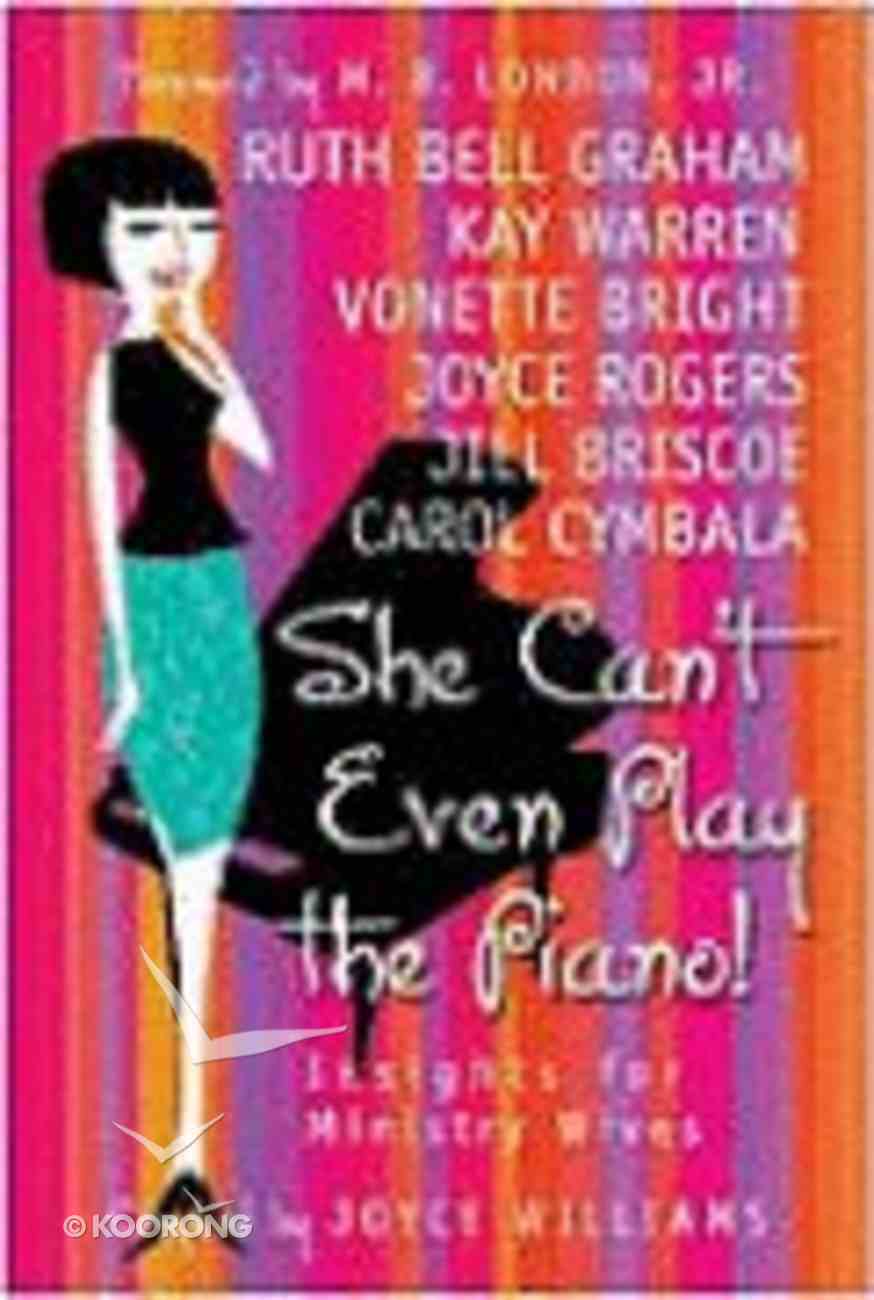 She Can't Even Play the Piano!

Unfortunately the job of pastor's wife doesn't come with a job description and how-to manual. Ministry wives face many unwritten expectations from the church, their families, and even their husbands. Full of stories from veteran ministry wives who have more...

Unfortunately the job of pastor's wife doesn't come with a job description and how-to manual. Ministry wives face many unwritten expectations from the church, their families, and even their husbands. Full of stories from veteran ministry wives who have more than 1,000 years of combined experience ministering alongside their husbands, She Can't Even Play the Piano provides insight and advice for balancing the demands of ministry and family while making time for one's own priorities as a pastor's wife. She Can't Even Play the Piano is guaranteed to encourage and uplift anyone who has ever felt overwhelmed by the stereotypical expectations that come when serving as a minister's wife.
-Publisher

Ruth Bell Graham was the child of missionary parents, the admired and beloved wife of world-renowned evangelist Billy Graham, mother of five children, grandmother of 19, and great grandmother to a growing number. Ruth was also an accomplished author. In 1996 Ruth and Billy Graham were awarded the Congressional Gold Medal. Her hometown was Montreat, North Carolina where she died on June 14, 2007.

"VONETTE BRIGHT, " along with her late husband, Dr. Bill Bright, cofounded Campus Crusade for Christ. Her commitment to helping reach the world for Christ fuels her passion for prayer and a desire to help others develop a heart for God. She has authored or coauthored more than 20 books, including the Sister Circle novel series and many Bible studies and devotionals. Vonette serves as chair of the Bright Media Foundation and maintains a packed schedule from her home in Orlando, Florida. She has two married sons and four grandchildren.

Rogers is a committed home maker and diligent student of nutrition and has been an enthusiastic advocate for healthy eating for more than 20 years.