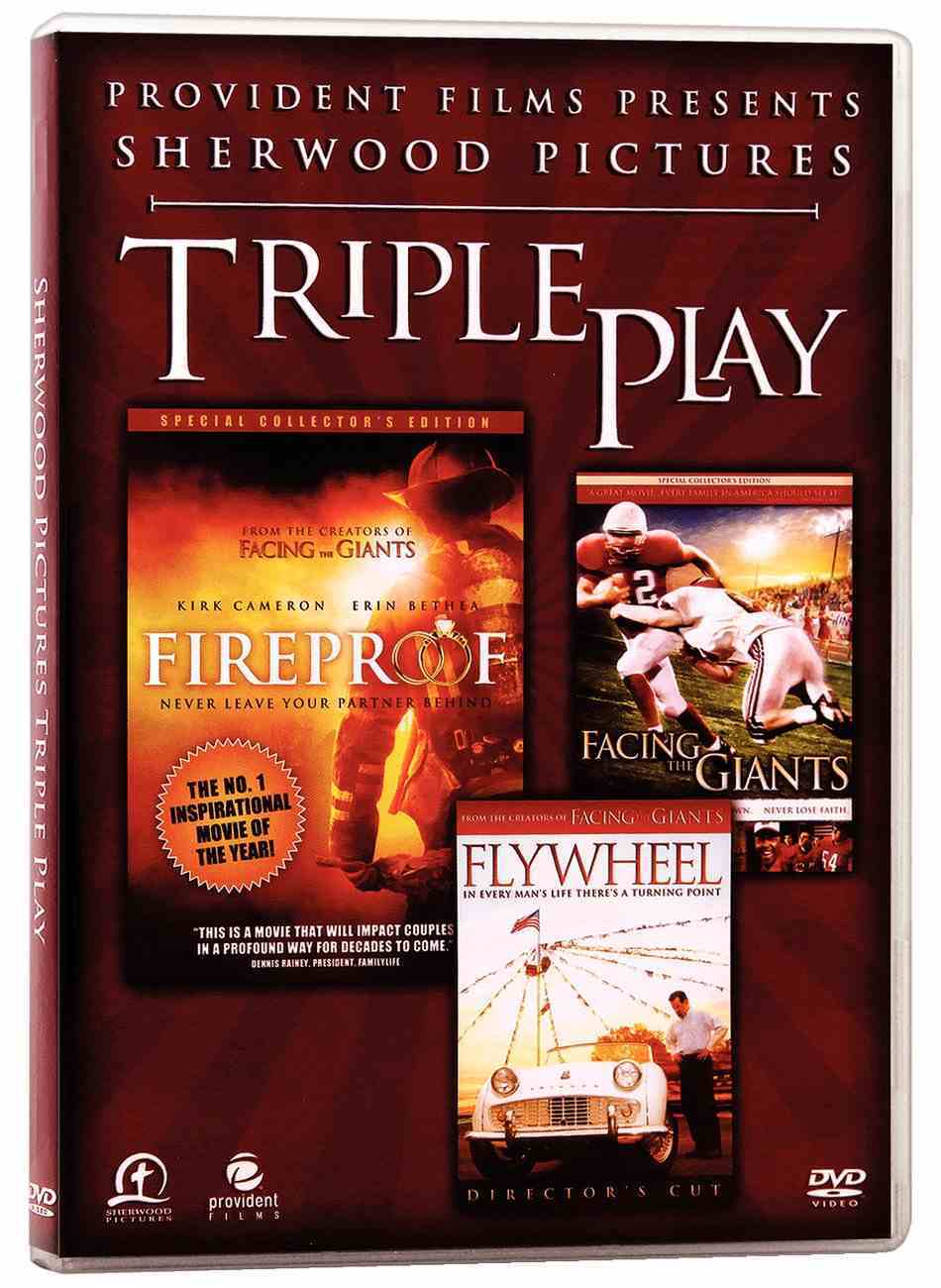 340 mins It all started with a church in Albany, Georgia USA, asking a few simple questions: What if a church could make a difference making movies? What if these movies challenged people to think deeply about real-life issues?...

It all started with a church in Albany, Georgia USA, asking a few simple questions: What if a church could make a difference making movies? What if these movies challenged people to think deeply about real-life issues? What if these movies could impact the world? What if. . . ? Three successful movies later, Sherwood Pictures - in partnership with Provident Films - is inspiring moviegoers with their hope-filled, heartfelt stories. And those "what ifs" have become imagine that! This great-value DVD pack includes all three films - Fireproof, Facing The Giants, and Flywheel.

Never Leave Your Partner Behind

At work, inside burning buildings, Capt. Caleb Holt lives by the old firefighter's adage: Never leave your partner behind. At home, in the cooling embers of his marriage, he lives by his own rules.

The No. 1 independent film of 2008 has touched lives and impacted marriages with its story of hope about a firefighter, his wife ... and a marriage worth rescuing.

Never Give Up. Never Back Down. Never Lose Faith.

After six consecutive losing seasons, high school football coach Grant Taylor believes things can't get any worse. He's wrong. With fear and failure defeating him at every turn, the downtrodden coach and husband turns to God in broken desperation. Coach Taylor and his Shiloh Christian Eagles soon discover how faith plays out on the field . . . and off. With God, nothing is impossible!

In Every Man's Life, There's A Turning Point

Jay Austin wants to sell used cars in the worst way . . . and that's exactly how he does business at his dealership.

But as Jay works on restoring a classic convertible, he comes face-to-face with the reality of how he truly conducts himself. That starts Jay on the ride of his life as he commits to honoring God with his business, his relationships, and his life!

:A hope-filled, heartfelt triple feature---as seen in theaters! This blockbuster set includes special editions of Alex and Stephen Kendrick's acclaimed films. Fireproof portrays the love tale of a firefighter, his wife, and a marriage worth rescuing. Facing the Giants is the inspiring story about a losing high school football coach that learns to trust God for the impossible. And Flywheel is the redeeming account about God's work in the life of a greedy businessman. Three slipcased DVDs, 5.5 hours total.
-Publisher

Why We Breathe
DVD