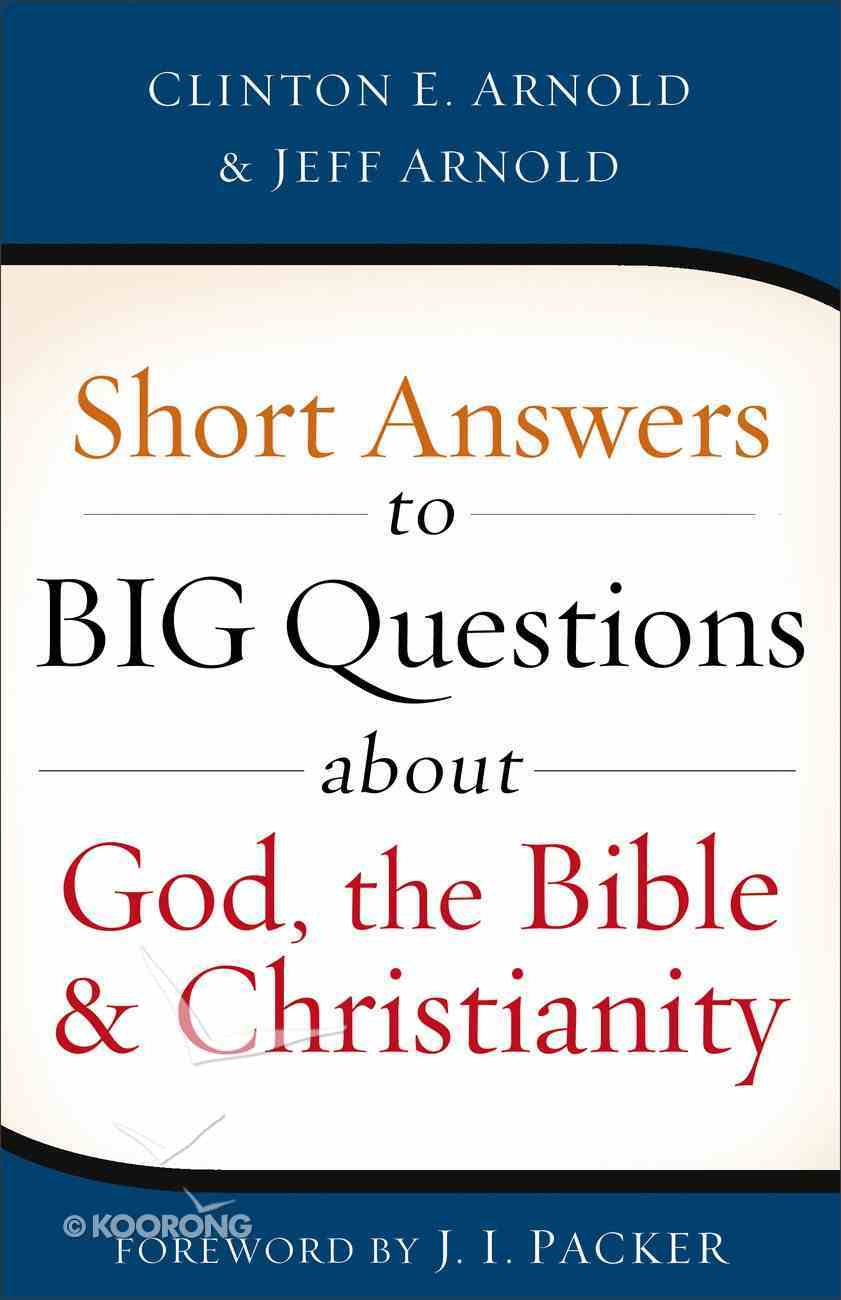 Short Answers to Big Questions About God, the Bible, and Christianity

This accessible reference offers short and to-the-point answers to fifty pressing questions people have about God, the Bible, and Christianity, including - Are there errors or contradictions in the Bible? - Do science and faith conflict? - Is hell...

Did You Know? More Than 6,000 Bible Questions and Answers
Paperback

This accessible reference offers short and to-the-point answers to fifty pressing questions people have about God, the Bible, and Christianity, including

- Are there errors or contradictions in the Bible?
- Do science and faith conflict?
- Is hell a real place?
- What will heaven be like?
- Is it possible to prove God exists?
- Why did Jesus have to die?
- Does God hate sex?
- Do Christians have to go to church?
- and many more

This book is for those who want a clear introduction to the essential teachings of Christianity to help them grow in faith and in preparation to share the basics of Christian belief.
-Publisher

Rev. Jeff Arnold (D.D) has pastored The Pentecostals of Gainesville for twenty-one years. Under his leadership, the church has grown from forty-two to currently over four hundred. His most oft heard statement from the pulpit is "I need five more minutes", a title of one of his books. His other publications include Deciding Power Of Desire; Why & Wonder of Worship, and Experiencing a Turnaround.

Clinton E. Arnold ( Ph.D., University of Aberdeen) is professor of New Testament language and literature at Talbot School of Theology, is a noted authority on spiritual warfare.
He is the author of Power and Magic: The Concept of Power in Ephesians; Powers of Darkness: Principalities and Powers in Paul's Letters; The Colossian Syncretism: The Interface between Christianity and Folk Belief at Colossae; 3 Crucial Questions about Spiritual Warfare (Three Crucial Questions); The Zondervan Illustrated Bible Backgrounds Commentary Set --editor and contributor (Acts- Ephesians-Colossians), and he is revising the Word Biblical Commentary on Colossians and has also completed the much anticipated Zondervan Exegetical Commentary on Ephesians
Koorong - Editorial Review.